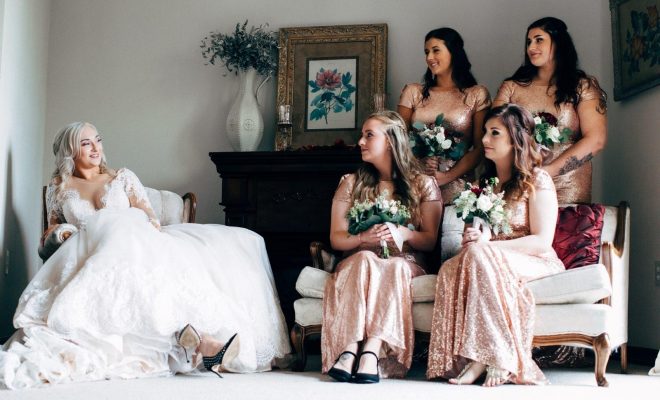 A Bridesmaid’s Guide to Dealing With a Bridezilla

Congratulations: the bride has picked you to be a bridesmaid. It’s a responsible job there’s a bit of pressure on you, but don’t let the bride become an out-and-out bridezilla and pile on that or the responsibilities. If you’re a bridesmaid and your friend is turning into the bride from hell, this post is for you. Here are a few tips to handle the situation:

The bride is likely to be feeling quite stressed and doesn’t mean to have turned into a monster, so just stay calm. Breathe deep and let things go. This doesn’t mean you should let her walk all over you, but rather that you should avoid flying off the handle and be diplomatic. Importantly, speak to her when she’s feeling calm.

Be clear about what you can and can’t afford and don’t be embarrassed about it. Naturally, the bride will want the very best for her wedding but might not be aware of the expense it entails for the bridesmaids. If you can’t afford the dress she’s picked out, say so. Spending money you don’t really have could make you resentful towards your friend, so it’s better to get these things out in the open and work out some solutions. The other bridesmaids might also appreciate this.

Remind her friendship is two-sided

Perhaps the bride only has one thing on her mind — the wedding — and talks non-stop about it, without even asking how you are or what’s going in on your own life. Take it easy and just introduce things about your own life into the conversation. The chances are she’ll feel slightly embarrassed to have been so self-centred. Forgive her and move on because you know, deep down, she cares. She’s your bestie, after all.

Speak up if something isn’t right

The bride wants everything to be perfect and she might make requests that are out of line. Don’t be frightened to speak up if something doesn’t feel right. If she tells you to lose a few pounds, change your hair colour or make some other more permanent type of change to your appearance, that’s the time to say your piece. State clearly that you’re not comfortable about making such a change. She might not have even realised how rude she’s being.

Avoid complaining about her to other bridesmaids

You might feel like a moan, but don’t fall into the trap of complaining about her to the other bridesmaids. When all is said and done, the bride is your friend and it’s not good to speak ill of her. It could also create an unpleasant atmosphere and you never know if what you’ve said will get back to the bride herself. If you need to complain, chat to someone not connected to the wedding — and even then, don’t be scathing in your criticism. It reflects badly on you, too.

You want the best for the bride, but you don’t have to tolerate her transforming into a bridezilla. Always remain calm and try to see things from her perspective, but stand your ground on anything you see as unreasonable. You can be supportive and superb as a bridesmaid without bending to her will completely. Just remember it’s her day, so one or two small sacrifices won’t hurt.