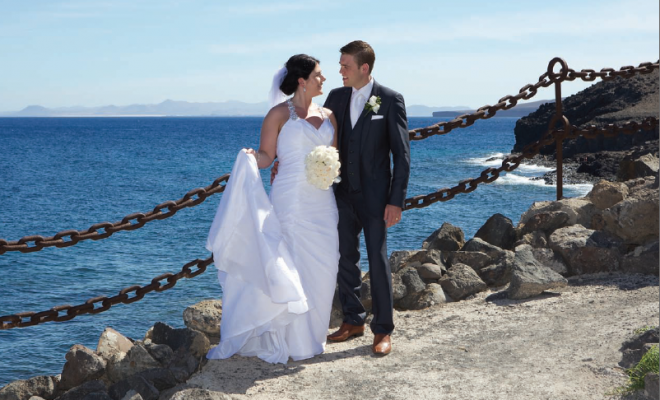 SEALED WITH A KISS… 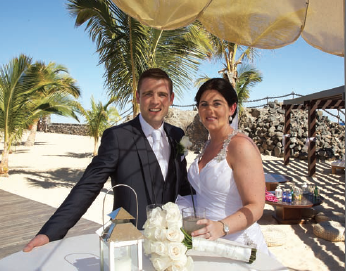 A NEW Year’s kiss in 2003 began the relationship between Letterkenny couple Amanda Rodgers and Christopher Donohue who were married in Lanzarote recently.

They first met on a night out in Letterkenny, and as Amanda explained, “It was only meant to be a new year’s kiss but we ended up falling for each other, we then dated for six years before getting engaged in 2009.”

She said the engagement was a complete surprise, with Christopher choosing the ring before whisking her off to Galway for her birthday where he popped the question.

And then began the excitement of planning the wedding, and with both Amanda and Christopher wanting to get married abroad, the location was set for the sunny climes of the Spanish island of Lanzarote.

“We had both always wanted to get married abroad, so it was just the matter of where. After much thought we decided on Lanzarote because it is a beautiful island with sunshine all year round, is one of our favourite places to go on holidays, and we knew our guests would love the amazing beaches and great nightlife.”

The ceremony and reception were held in the luxurious surroundings of the five star Hesperia Hotel in Puerto Calero.

Amanda was supported on her wedding day by her sister Joanne who was her chief bridesmaid and childhood friends Laura McCole and Joanne Gallinagh who were also bridesmaids. Christopher’s best man was Austin Reynolds, with his friends Keelan Doherty and Mark Timoney acting as groomsmen. Amanda’s dress was designed by ‘Sottero & Midgley’ and was purchased in the Bridal Showrooms, Derry.

“I first spotted the dress online and just fell in love with it, I just couldn’t wait to try it on and once I did fell in love with it even more. It was a white bordeaux taffeta gown, with shoulder straps and an alluring back feature that was embellished with Swarovski crystals,” explained Amanda.

The bridesmaid dresses were stunning sapphire one shoulder full length lux chiffon dresses from the ‘Dessy After Six’ range. And the men of the bridal party all wore navy suits from Evolve Menswear in Letterkenny. Amanda was also very fortunate to have her wedding make-up done by her sister Debbie who is a beautician. And her bridesmaid, Laura is a hairdresser so she also did Amanda’s hair.

Christopher is an electrician and his father is well-known photographer, Dermot Donohue. Amanda explained that the photographer on the wedding day was a close friend of Christopher’s father, Sinead Ni Riain from County Tipperary who flew over to Lanzarote especially for the wedding.

The wedding itself was a wonderful occasion and the happy couple were joined by 70 guests of family and close friends.

“Most of our guests arrived a few days before the wedding which gave them all a great chance to get to know each other, soak up the sun and dance the nights away before our big day,” she explained.

“The wedding ceremony took place outside on the grounds of the hotel overlooking the sea, there wasn’t a cloud in the sky!

“We then enjoyed cocktails on the sand at the Beach Bar before our beach themed dinner reception.

“It was then followed by music from a local five-piece-band and then onto the disco for more dancing that went late into the night.”

Amanda continued: “We had three days to chill before returning home to Donegal, we then had a celebratory reception with other family, friends and neighbours at The Station House Hotel, Letterkenny.”

The honeymoon was spent in Jamaica at the Secrets Wild Orchid Resort Montego Bay and was booked through Liberty Travel, Letterkenny.

“It was a magical time, we are so thankful to our family and friends that made the trip over to Lanzarote to share with us our special day they have given us memories that we will treasure forever,” concluded Amanda. 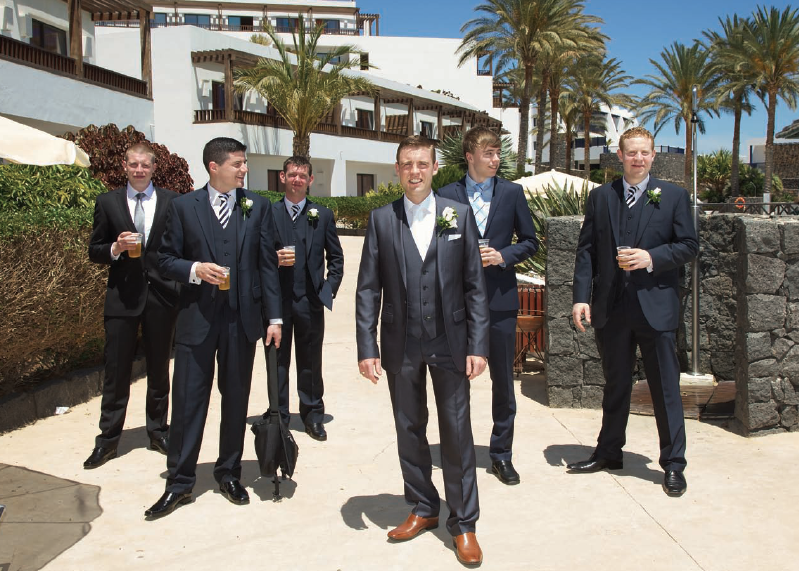 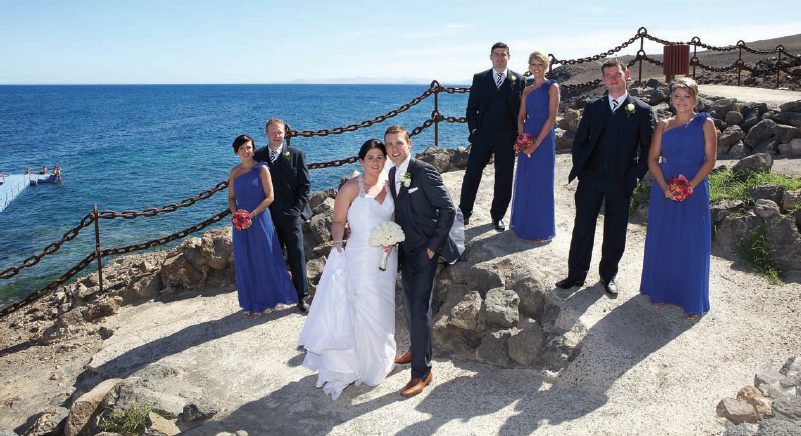 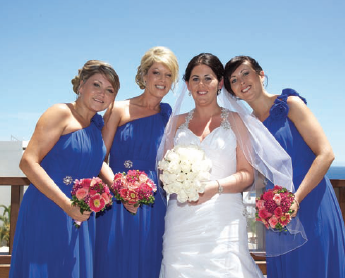 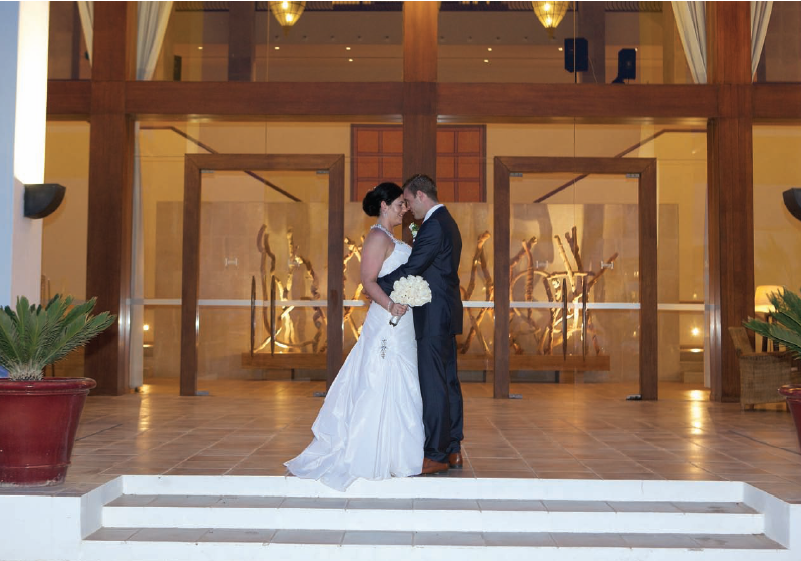 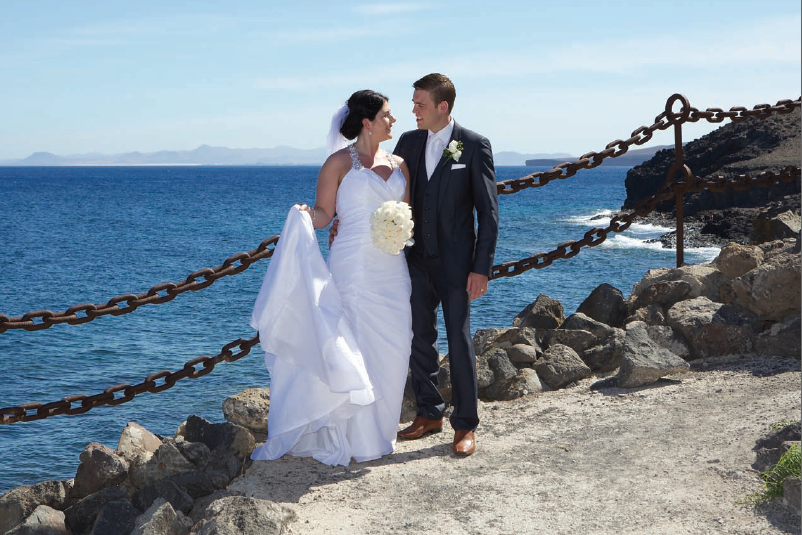 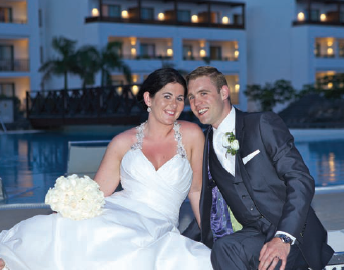 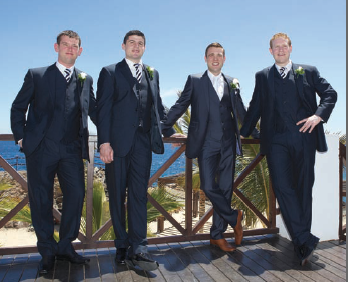