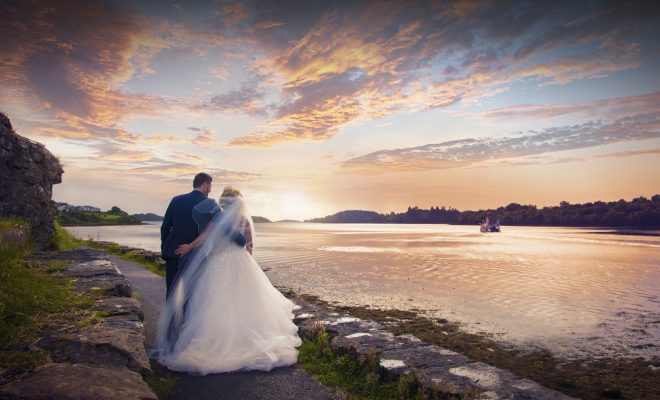 Walking down the aisle with her mother to a song she has cherished since her childhood were just two emotional details that helped to give Ashling Lindsay (née Gillespie) the best day of her life.

The Strabane woman wed Brian Lindsay on September 15, 2017 at St Mary’s Chapel in Melmount, Strabane, in a ceremony performed by Fr Michael Doherty.

The newlyweds’ wedding reception took place in The Abbey Hotel in Donegal – a place they chose due to its warm and welcoming environment and past happy memories. Ashling’s sister Grace and husband Marty enjoyed their wedding there in previous years, and the new Mrs Lindsay said she wanted their wedding to be ‘just as great’. 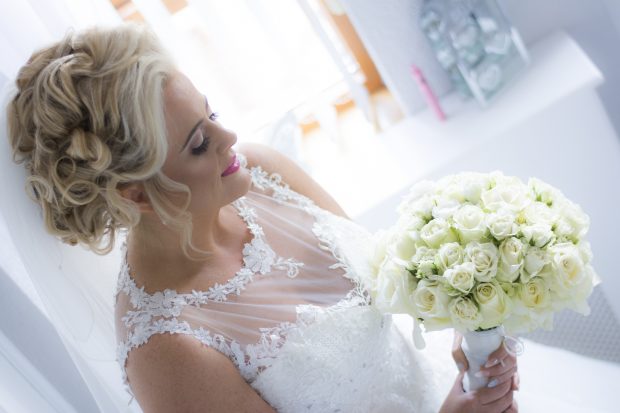 Playing music at the new Mr and Mrs Lindsay’s reception was the fabulous ‘Friends’ band – a duo comprised of Thomas Gillespie, brother-of-the-bride, and Kieran McColgan. Fittingly Ashling, who is a civil servant from Mourne Avenue in Strabane, first met Brian, a musician and singer from the Ballycolman at a karaoke competition in Katy Daly’s, in Strabane in April 2001.

Brian and Ashling’s brother, Thomas were two of the competitors and both successfully made it through to the finals, held in The Elk in Toomebridge. It was as if the pair were meant to be, as there, Ashling and Brian met again, shared their first kiss and began dating in September 2001. “Brian has a great sense of humour,” smiled Ashling. “He always makes me laugh… and he can sing!”

Together for more than seven years, it was on Valentine’s Day in 2009 that the Strabane man proposed in romantic – and unexpected – fashion. The couple were attending a gig in the Strabane Golf Club that Ashling’s brother was playing at, when Brian was called up to perform a song. 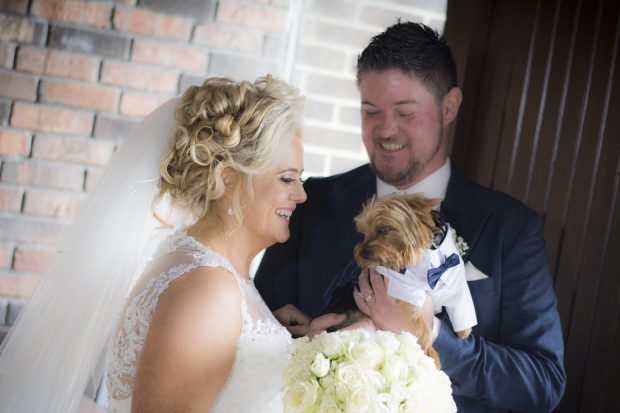 Upon reaching the stage, he gazed down at the crowds and asked for Ashling to come up. There, he got down on one knee and presented his partner with a gorgeous white gold wedding band, with a four-diamond square in the centre, featuring four shimmering diamonds running across each side. “I was ecstatic,” Ashling described. “I was just over the moon.”

Once the pair had finished sorting out their new home, they got stuck into planning for their wedding. “We wanted to keep everything quite traditional,” Ashling admitted. “Like walking down the aisle, and partying with our family and friends.”

Ashling enjoyed one full day looking for her perfect wedding dress, and described the experience as magical, nerve-wracking and really emotional when she found ‘the one’. Visiting Tomorrows Bridal shop in Derry – a bridal store that Ashling would ‘highly recommend’ – the bride-to- be picked out an ivory dress which flaunted a fitted top, a see-through back and a full skirt with lots of layers and a train. “My mum, Anne couldn’t stop crying when I put on that dress,” Ashling reflected. “The dress was very sparkly and very me.

The occasion was really emotional.” And when the morning of Ashling’s big day finally arrived, she surprised herself by feeling much calmer than she expected. The weather was cloudy and dry, and there were a few light showers – “but not enough to dampen my spirits,” Ashling said. 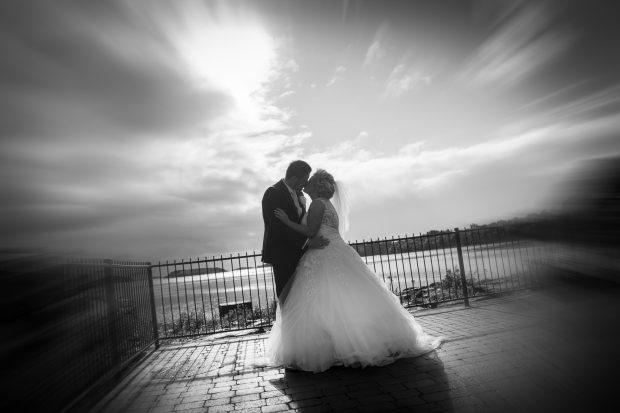 The newly-married Ashling Lindsay (née Gillespie) and Brian Lindsay from Strabane share a
romantic kiss on their September wedding day.

However when she got to the chapel, the 36-year-old admitted that she had never felt more nervous in her life. “But then I remembered what Brian said to me – ‘just look at me if you get too nervous’,” Ashling explained. “I did, but poor Brian ended up the one crying – not me for a change.” Ashling said that she loved the wedding service, particularly as she had been looking forward to the big day for a long time. “Although it was very emotional,” she reflected.

“My mum walked me down the aisle as my dad, Danny passed away four years ago, and we also lost Brian’s mum, Margaret in February of last year, so they were sorely missed.” She added, “I came down the aisle to ‘Only Love’ by Nana Mouskouri, which I loved and remember always being played when I was a child. It was also a tribute to the memory of my late father and brother who are no longer with us.

“Also, my niece Cassie Gillespie who was only 10-years-old sung ‘How Great Thou Art’ for us during signing the register,” Ashling continued. “She is an amazing wee singer at such a young age. She was outstanding, and received a huge round of applause. “I have to say it was the best day of my life, and I would love to do it all again… Minus the pre wedding stress,” Ashling joked. “I absolutely loved our wedding day.” 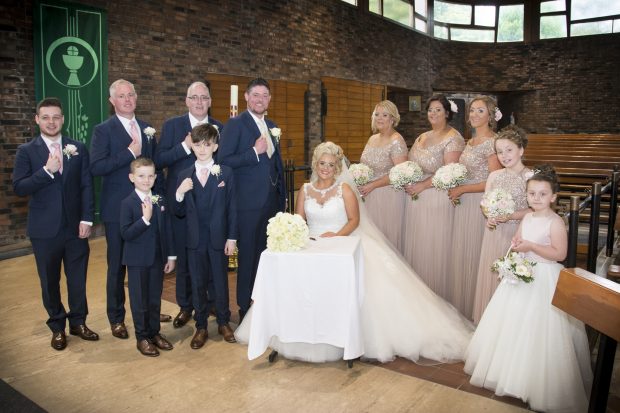