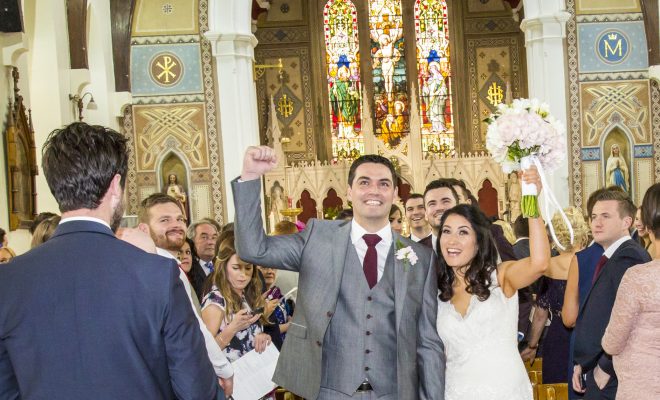 From Aurora chasing to perfect proposal

Sara Murphy and John Kelly may not have been able to catch a glimpse of the Northern Lights during their romantic holiday away to Iceland last year, but a surprise proposal in the midst of a volcanic sandy beach made the 500 mile drive in search of the spectacle truly worthwhile.

For Sara, the special moment felt like a fairytale scene from a movie. Just five months later, the pair were wed on April 17, 2017 in St Patrick’s Church, Saul, County Down in a service con-celebrated by Fr Alexander and Fr McCloskey.

Their wedding reception took place in the Four Seasons Hotel in Carlingford – a venue loved by the newlyweds due to its recently redecorated wedding room, its friendly and laid-back staff and its beautiful rural surroundings.

Sara first met Ballygawley man John in her final year at St Mary’s University College in Belfast. They kept in touch during the Summer after their graduation, and went on their first date on September 5, 2010. 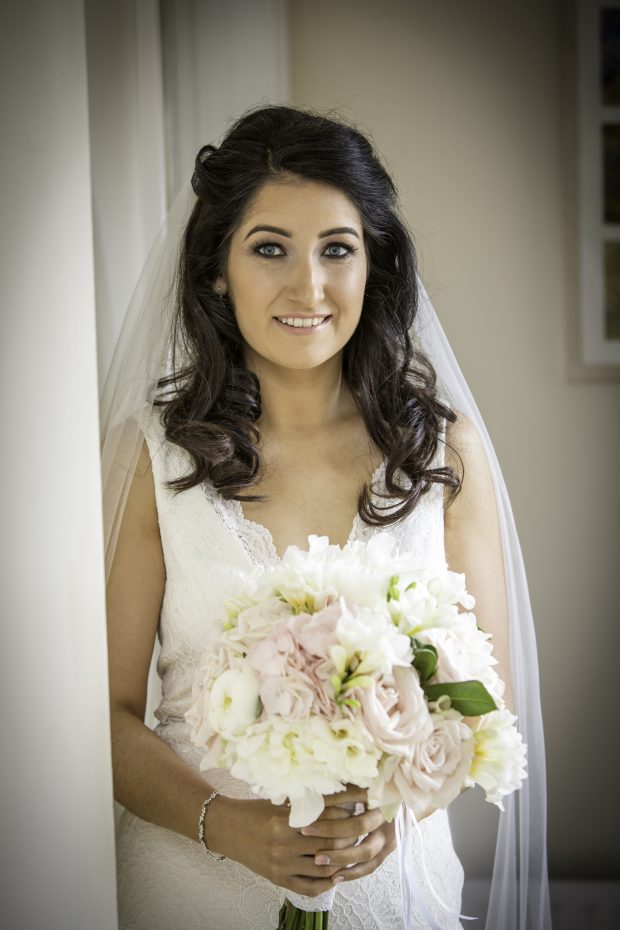 “I liked how John has time for everyone, and makes me laugh a lot,” Sara described. “He’s also man enough to enjoy a good chick flick now and again.”

It was during a surprise holiday to Iceland to celebrate Sara’s 30th birthday that John got down on one knee and asked the primary school teacher from Saul for her hand in marriage. “On the third day of the trip, we went searching for the Northern Lights,” Sara explained. “We drove 500 miles and didn’t see them, but I can’t say I was disappointed.”

Stopping at the foot of picturesque snowy mountains on November 7, 2016, John – who is a secondary school teacher – got down on one knee. This was something that Sara wasn’t expecting, as she was in the middle of taking a photographs of the breath-taking surroundings.

“I was incredibly happy and so surprised he kept it all quiet,” she said. “He gave me a white gold ring with some diamonds on the outer side of the band. I don’t wear a lot of jewellery so I’m glad he picked something a bit more sparkly than I would have done. “I couldn’t believe he had been carrying it around the whole time.”

She added, “We had just moved in together in September so I thought that was our big step done for the year. I gave him a 10 out of 10 for effort.” Sara had her heart set upon getting married at home in her local church during a service which featured traditional music.

“I wanted to keep our day quite simple but once I started looking, it was easy to get swept along with all the wedding buzz,” she explained.

Describing wedding dress shopping as ‘lovely’, Sara said she really enjoyed shopping for her gown alongside her mum, Roslyn and her bridesmaids. She picked out her perfect gown – a white lace number featured a V-line neck and back – on New Year’s Day from Petticoat Lane, Hillsborough.  It was perfectly fitted to Sara’s hips and then it flared out towards the skirt part.

When Sara’s big day arrived, she was determined to enjoy every minute as she had been forewarned that the day goes by so quickly.

Whisked away to the church in a crystal white Jaguar which belonged to one of her bridesmaids, Sara described feeling a few butterflies, seconds before going through the doors of the chapel. “I needed to take a few deep breaths before the chapel doors opened for me and my mum,” she said.

“I could hear the music and felt nervous and excited at the same time. My heart definitely skipped a beat when I locked eyes with John,” Sara smiled. “It was a very happy day, and I was delighted to see everyone.” 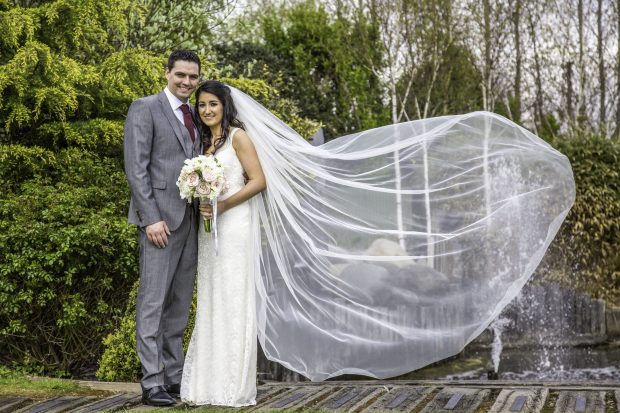 Newlyweds Sara and John Kelly are all smiles on their Spring wedding day.

The bride-to-be walked up the aisle to a slow version of ‘Give Me Your Hand’, arranged by her friend, Eilish McAllister and her sisters Maeve and Sinead and accompanied by friend, Joe on piano and guitar.

“The service was my favourite part of the day,” Sara said. “Our parish priest Fr Alexander led it and a family friend, Fr McCloskey con-celebrated which meant a lot to us.

“Our wedding really was the best day of our lives,” the 30-year-old concluded. “We had reservations about only having five months to plan it, but I can honestly say that it couldn’t have gone better. 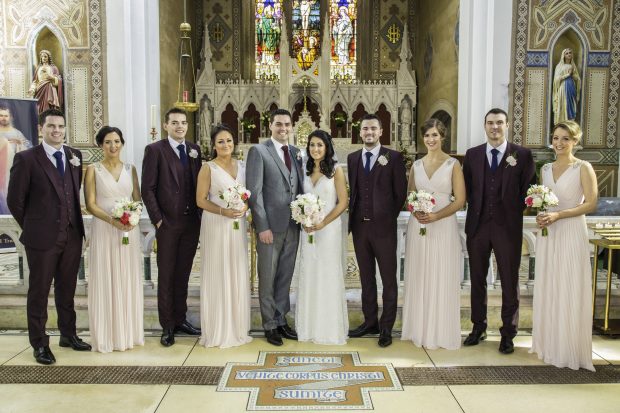