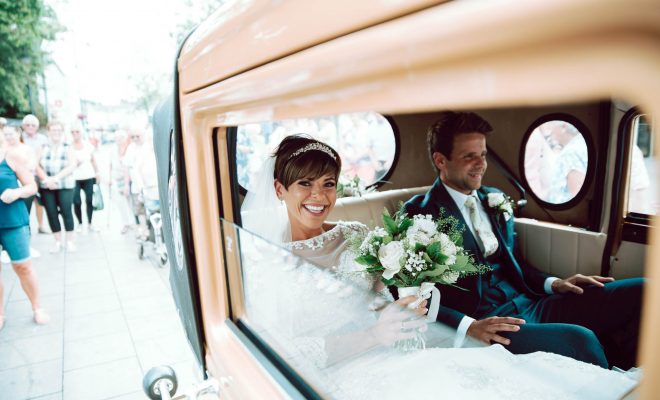 A wealth of emotional elements coupled with beautiful music which lingered in the church gave Naomi Wallace and Tim Hyndman the best day of their lives.

The pair were wed by Rev John Anderson during a traditional service at St Patrick’s Church of Ireland, Coleraine on July 7, 2018. Their wedding reception took place at Roe Park Resort and Spa in the heart of Limavady – a place that the newlyweds described as ‘the hotel for us’.

In fact, Naomi said that even during their first drive up the laneway to Roe Park they knew it was the one, something made all the more obvious by the first class service that they received throughout their wedding planning. Naomi, who is a teacher from Coleraine, first met Tim, a solicitor from Omagh, online in the summer of 2015. 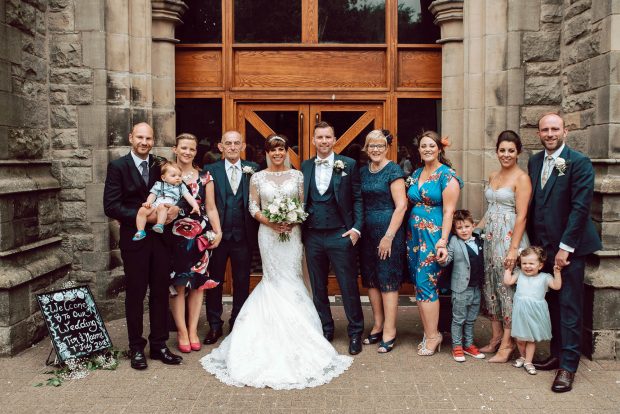 There was lots of smiles and laughter during the wedding day of Naomi and Tim Hyndman.

Together for 18 months, it was on Naomi’s 30th birthday that Tim proposed in unique style. The date was April 30, 2017 – the night before the pair were due to embark on a spectacular holiday to New York. Recounting the romantic proposal, Naomi explained, “Tim gave me a series of boxes, each with a smaller box inside. Inside the smallest box was the ring. “I was so shocked!”

Naomi admitted that part of her surprise rooted from her expectation that Tim was going to propose during their holiday to the States. “I didn’t say ‘yes’ right away. Instead I told him repeatedly to shut up!” she laughed. “My engagement ring was my grandmother’s,” Naomi added. “We had it reset from yellow gold to platinum, with a different design. “It obviously holds massive sentimental value.”

The couple began planning for their traditional wedding right away. “We picked the hotel immediately, and then set a date for the following summer,” Naomi said. “I knew my colour would be a green of some sort, and I wanted the day to be very traditional.” 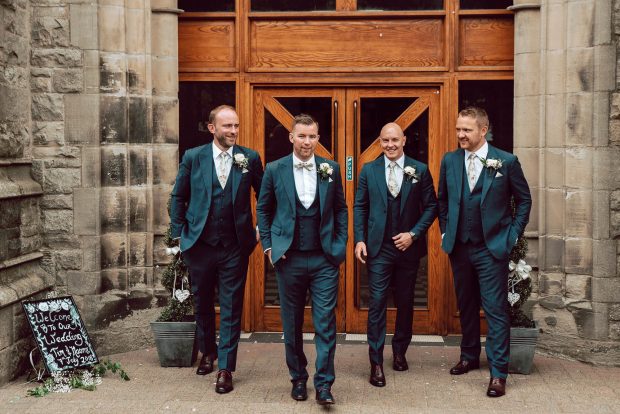 Happily Naomi loved wedding dress shopping – but ironically because she knew exactly what she wanted, it took that bit longer to find the perfect dress. “I wanted a dress that had a number of particular elements – sleeves, fitted, lace and a full-length train,” Naomi explained. “Eventually I found the one from Wedded Bliss in Portglenone.”

When Naomi’s big day arrived, she recalled feeling ‘excited and totally calm’ – but admitted that this surprised even her, as she expected to feel nervous.

Her special journey to the church in a traditional wedding car took place amidst sunny and very warm weather, as the wedding day took place during a gorgeous summer spell. 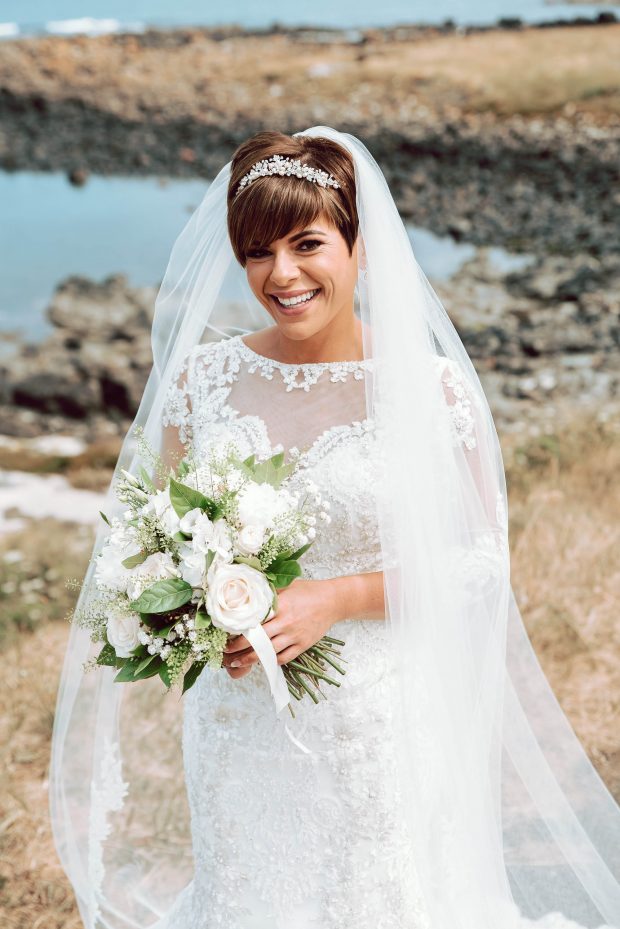 Describing the service as ‘very traditional, but laid back’, Naomi said that music played a huge part in the ceremony. “I teach music, so it was very important,” she explained. “We had a reflective piece played for absent friends, which was quite emotional.”

When the time came to enjoy the wedding reception as Mr and Mrs Hyndman, Naomi recalled that they stayed up dancing until the last song ended at 1.30am. “Tim and I had the best day of our lives,” the 31-year-old concluded. “I wouldn’t change a single thing, and we would just love to do it all over again.” 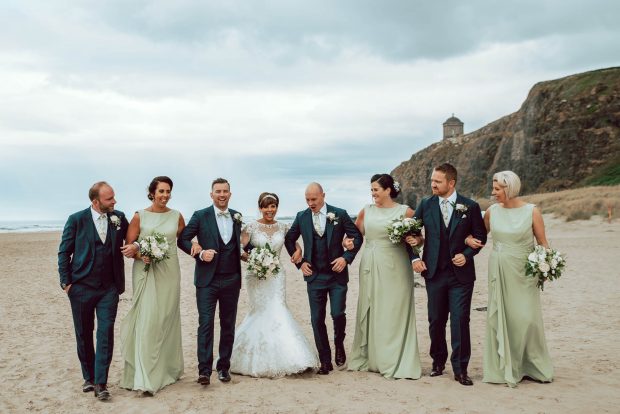 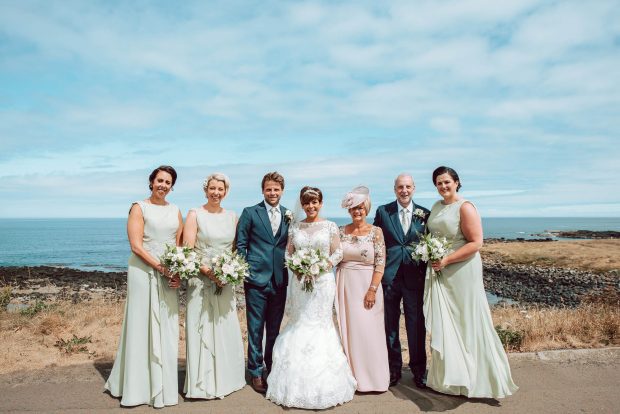 The sun shone as Naomi celebrated her wedding day alongside her loved ones on July 7, 2018.