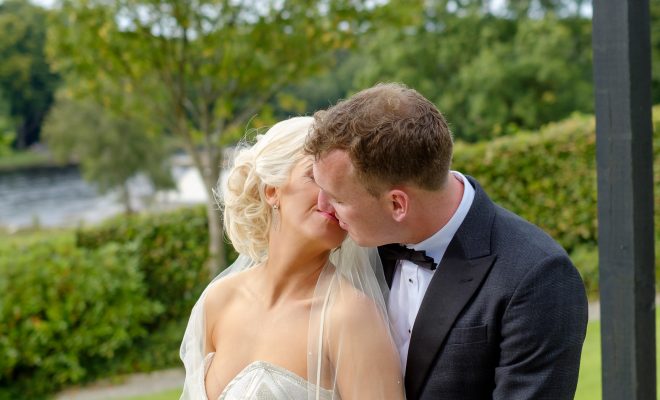 A beautiful wedding day which Cathy and Connor will never forget

Cathy Crossan played it ice cool when she first laid eyes on Connor Gallagher when he walked into the small chippy where she worked. But underneath, her heart was melting for her future husband who promptly returned a week later just to see her.

Their love story – which began over a cheeky conversation about icecream – culminated in a spectacular wedding which took place in the pair’s hometown of Strabane.

The new Mr and Mrs Gallagher were wed at the Church of the Immaculate Conception, Strabane on September 2, 2017 in a ceremony performed by Fr Declan Boland.

Their reception took place in the lovely Fir Trees Hotel, Strabane – a venue the couple chose due to its relaxed and local setting, delicious food and helpful staff who ‘couldn’t have made the day any better’.

It was as if Cathy Crossan and Connor Gallagher were meant to be, from the moment they met in ‘Jaspers’, Strabane on Sunday, July 1, 2012. 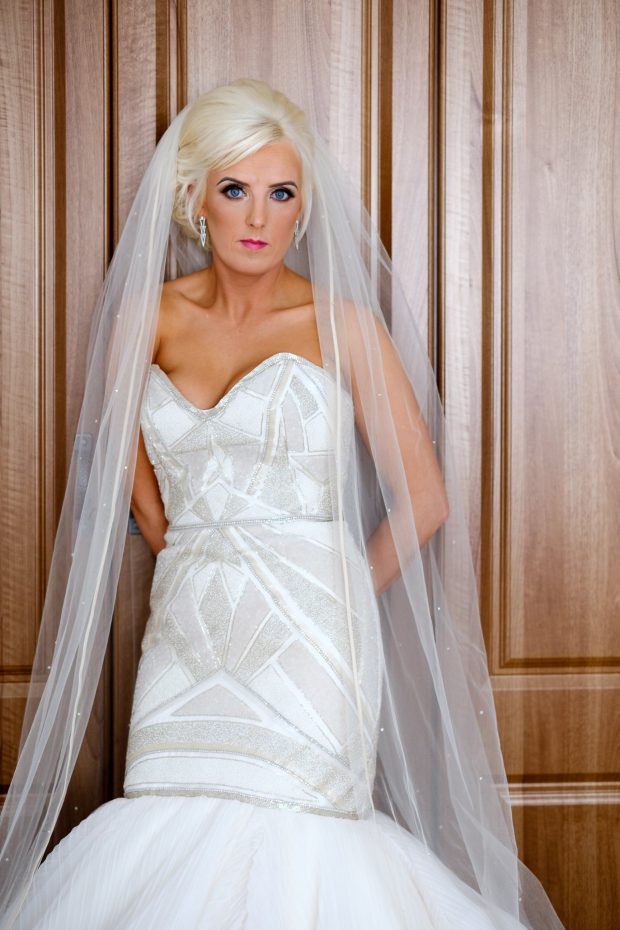 “As I was closing the shop near the end of the night Connor came into the shop asking if we were still serving food,” Cathy explained. “I was eating ice-cream from our newest ice-cream machine, and Connor asked for one. As I went to get it, he said, ‘No, I would rather have some of yours’.”

When the Strabane woman didn’t take him on, he turned to her sister and asked if Cathy was single – and happily for him, her sister confirmed that she was. “But then he left with his wee icecream as I refused to share mine with him,” Cathy laughed.

The following week, Cathy’s mystery man returned looking for another ice-cream… and her phone number. “However I didn’t give him the number, as I had no intentions on getting into a relationship, due to me being a single mother of four young children,” Cathy described.

“I just didn’t think there would have been anyone out there who would have taken on that responsibility.” But just a few weeks later, Cathy gave in to Connor’s irresistible charms and persistence.

“I gave him my number and we met up. From then on, there was no turning back,” Cathy laughed. “I loved everything about Connor, from his looks and personality to being a great hurling player. But most of all for being a great role model and father to our children. 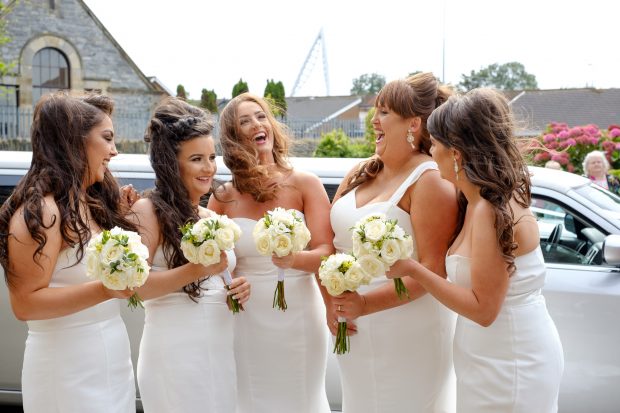 Maid of honour, Teresa Casey and bridesmaids, Briege Brady, Shania Crossan, Teresa O’Neill and Latoyah Moore are full of laughter as they celebrate the wedding of Cathy and Connor Gallagher

“Connor also had a son of his own when we met, who has become a big part of my life. Now it’s five years later and we have had another two children. “We have a great family of seven children between us, and we wouldn’t change a thing.”

It was on a beautiful Summer’s day on June 4, 2015 that Connor – who is a member of the Irish Army – proposed while helping Cathy clean their bustling garden. “I went into the toilet, and as I walked out of the toilet he was down on one knee,” she said. “My emotions were mixed, but most of all I was very excited and couldn’t wait to start planning for our wedding.”

Cathy’s beautiful engagement ring was white gold with a sparkling diamond in the centre and four small and dainty diamonds running across each side. “I absolutely loved it,” Cathy reflected. “And as Connor picked it himself, it meant even more to me.”

Both Cathy and Connor started planning for their big day straight after the special proposal. “I always knew that I wanted my wedding to be a cream and gold theme,” Cathy reflected. 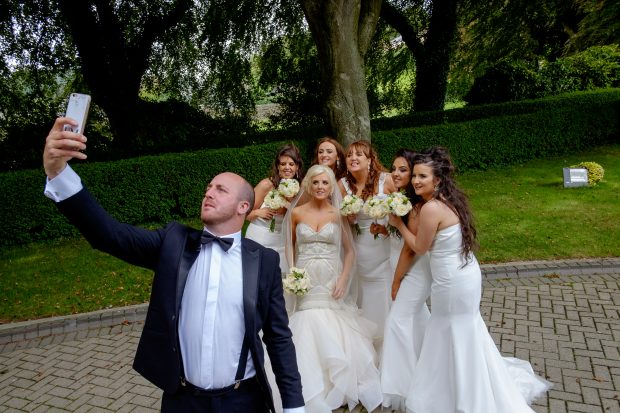 There was time to take a cheeky selfie during Cathy and Connor Gallagher’s beautiful September wedding.

While searching for the perfect wedding dress at McElhinneys in Ballybofey, it was a glittering Hailey Paige gown that caught Cathy’s eye. “My dress was plain cream,” Cathy explained. “It was fitted to the top of my knee, with a lot of gold and silver embellishment. It then flared out in layers at the bottom.”

For Cathy, walking up the aisle was ‘the best feeling in the world’. “I was very excited and calm,” she said. “Not only was the weather perfect, but so was the music during my service. That was a particular aspect of my day which was very important to me.

“Ronan Doherty sang at the chapel and he was excellent. Later on, David Craig performed for us at the Fir Trees Hotel, and he was absolutely amazing.”

The 36-year-old concluded, “My wedding was definitely the best day of my life. “It actually went better than I ever thought it would. “It was a day that Connor and I will never forget, and one which we will always have amazing memories of.” 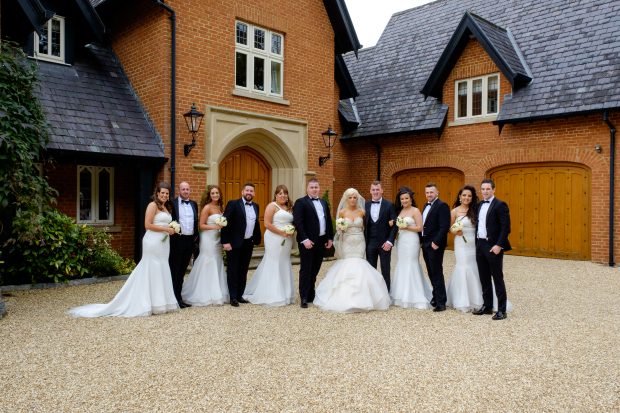