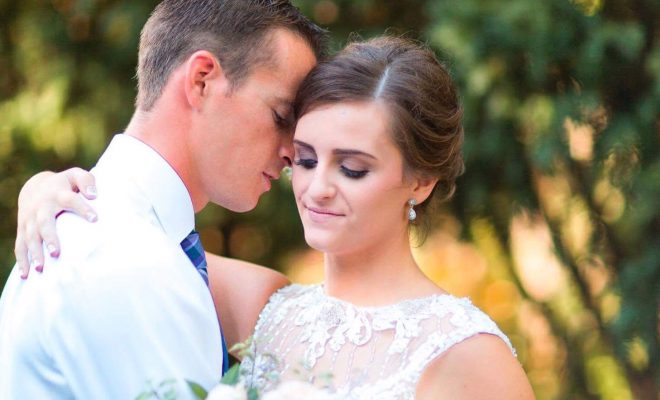 If ever a qualification were needed for couples taking their wedding vows – particularly their commitment to each other – then Hannah Kyle and Stuart Patterson would surely be Gold standard.

Not only were they in a long-distance relationship for years, but Stuart had also slept beside Hannah every night in the hospital after she was injured in a recent car accident.

She was four and he was six when they first met in Sunday school. However, it wasn’t for another 11 years that they began to date each other.

“It obviously it wasn’t love at first sight,” Hannah laughed. “But Stuart was so shy that I had to get his number!” Even though the pair cared for each other very much, Hannah (23) always knew that at some point in their relationship, Stuart (25) was going to move away to Canada permanently.

Being a farmer by trade, he and his family had bought a farm in Ontario – and that’s where he needed to live and work. “We did long distance for years,” Hannah reflected. “Any time I had off I travelled over to Canada to see Stuart. It was very hard but every time we spent together was very special.”

However, after the Sixmilecross woman finished her ‘Early Childhood Studies’ course at the University of Cumbria, she moved over to Ontario to be with him. And in November 2015, the pair became officially engaged after enjoying a romantic meal together.

Getting down on one knee, Stuart presented Hannah with a Vera Wang engagement ring, and asked the preschool teacher to be his wife.

“His proposal took me by surprise as I thought that he would do it in Northern Ireland!” she smiled. “The two sapphire diamonds on my ring represented everlasting love. It looked amazing.”

For most couples, choosing the right venue for their day is a tough task – but for Hannah and Stuart, it was whether or not they wanted to marry in Canada or Northern Ireland.

“We eventually decided on Canada as we thought it would be easier to plan a wedding where we are living,” Hannah explained.

Hoping for a ceremony in an outdoor setting, it was Cranberry Creek Gardens in Delhi, Canada that Hannah simply fell in love with. “I knew I wanted lots of flowers at my wedding, and the gardens were just so beautiful,” Hannah said.

Hannah then flew back to her beloved country to choose her perfect wedding gown. With the help of mother, Jacqueline and her sisters, Hannah chose a sparkling Sottero and Midgely dress which featured many layers of lace to wear on her big day.

“I actually bought the dress in Canada as it was cheaper over there!” she joked. “I bought it in Heirlooms Bridal, Dundas, Ontario. It was a super heavy dress!” 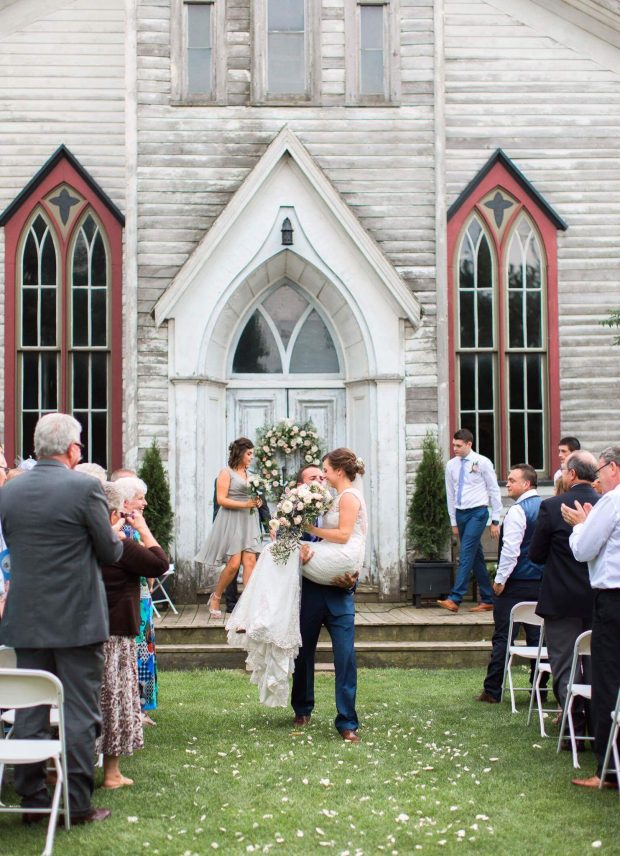 As Hannah was injured on the day of her wedding, her new husband, Stuart took her in his arms and carried her down the aisle.

However, just a month before her wedding, Hannah was involved in a serious car accident and worried that her wedding day was going to be ruined. She had broken her ribs and pelvis in three places, suffered a concussion and punctured her kidney so she needed to use a wheelchair for mobility.

“I had been excitedly planning my wedding and looking forward to our families coming from Northern Ireland, but I thought my day was going to be ruined,” Hannah described. “But Stuart was my rock and slept in the chair beside me every night in hospital.”

After Hannah’s accident, her family flew over and helped her with any last-minute planning that needed to be done. “Everything was crazy being the last few weeks before the wedding,” Hannah said. “I don’t know what I would have done without them!”

When her wedding day arrived, Hannah said that she just couldn’t wait to see Stuart – however, she was very nervous as she wasn’t able to walk and she felt a lot of pain. “In my wedding pictures and video you can’t notice that I am standing on one leg and am in agony,” Hannah said.

“Stuart actually carried me down the aisle and back up it when we where married. Obviously there wasn’t a dry eye at my wedding!”

Whisked off to their reception at Davids, in Port Dover, Ontario, it was then time for the new Mr and Mrs Patterson to enjoy their beautiful three-tiered wedding cake, baked by Hannah’s sister, Rebekah.

“At the reception, I was glad to be able to sit the rest of the evening and spend time with all our families from Northern Ireland,” Hannah concluded. “It was very special for me.” 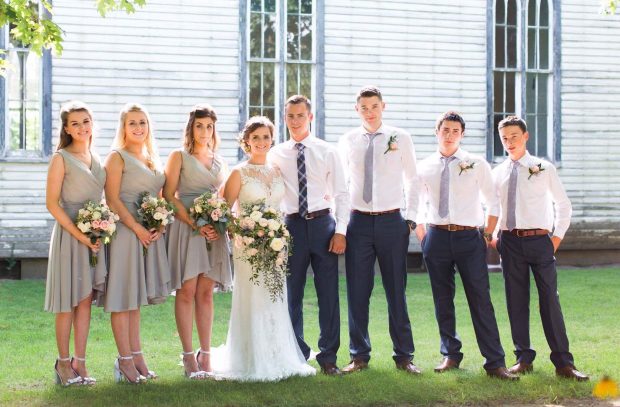