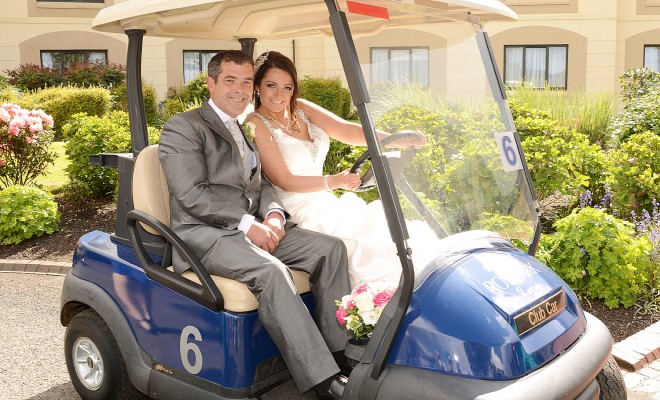 Bride swaps the wellies for a wedding dress 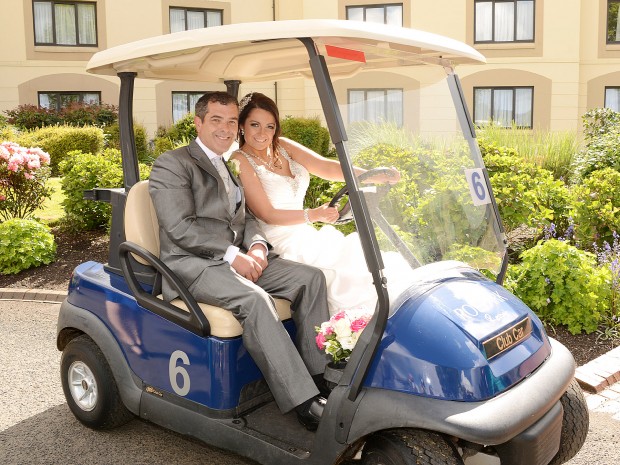 The groom and his bestman heading to the beauty salon and the bride and the bridesmaids helping out on the farm – not your typical wedding preparations but ones which certainly contributed to the perfect day for Judith Young and Gary McCreery.

This is a love which truly blossomed at a tender age as the Castlederg couple knew each other from they were children as they lived down the road from each other. They went to school together, worked together and in Judith’s words she, “never got rid of him.”

After being together for eight years they decided to tie the knot at Castlederg Methodist Church on May 29.

It was back in 2011 that Gary popped the question with a shock Christmas Day proposal. He hung the engagement ring on the Christmas tree ready to ask Judith the big question.

And when it came to the planning for the big day – there was only one thing on Judith’s mind.

As she explained, “As I come from a farming background I think people almost expected me to turn up in wellies and jeans, but the dress was a big thing for me.

“Both myself and Gary are very laid back, we are probably last minute.com people. My bridesmaid Stacey was panicking six months beforehand saying that it wouldn’t happen, but I just kept saying, it will all work out in the end.”

With farming dominant in their lives as they were growing up the couple decided to incorporate the country into their special day. In a quirky move they used milk bottle labels for their RSVPs, farm animals on the order of service pamphlets and at the reception milk bottles were filled with champagne and milkshake.

Usually a relaxed person, the groom did start to feel the pressure on the day as Judith explained, “Gary was nervous and I just kept saying ‘would you man up!’ but the nerves didn’t go away until the speeches were over.”

On the contrary there was no sign of any nerves over at bridal HQ as Judith and the bridesmaids were up from 5am enjoying a breakfast of chocolate and champagne.

“Me being last minute as usual I didn’t have enough champagne glasses so I drink mine out of a brandy glass,” laughed Judith.

Despite being very chilled on the morning of the big day the bride did get to the church on time, “I think everyone thought I’d be late because I am so laid back and usually I’m the last to arrive but I was there on time”.

Coming out of the church the couple were greeted to a balloon throw rather than confetti as the balloon arch they had planned didn’t work out at the last minute. Although for the couple it was perfect as it added something different to the day.

Amid all the smiles there were some emotional moments for the happy couple. Gary’s father who suffers from Alzheimer’s arrived at the church to get photographs with all the family, as he couldn’t attend the reception which was poignant and very special for the newly weds.

At the reception in the Roe Park Resort, Limavady guests were treated to a surprise video showing the couple’s preparations for the big day.

And there were plenty of laughs as the guests watched as Gary and his right hand men were caught heading out to get a pampering session in the beauty salon, while Judith and her bridesmaids worked hard on the farm sorting out the animals before heading to the church. (See video below courtesy of Derg Media)

Judith laughed, “I’m trying to train him up so he can do the milking!”. And she concluded saying “It was a great day with no faults. The only thing was, it went so quickly.”