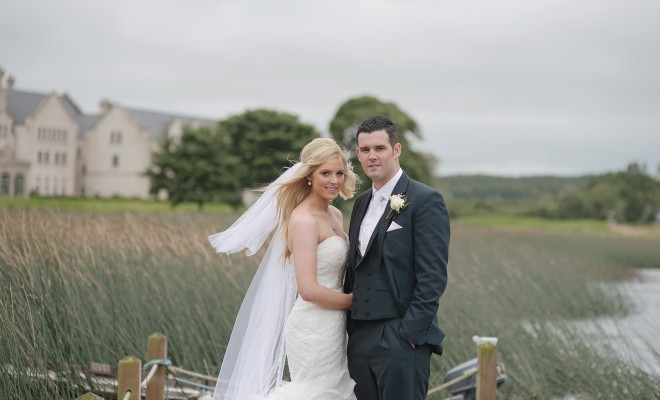 When Laura Lee McCullagh from Greencastle first met Stephen O’Donnell on a “lovely night out” in Killyclogher, she soon realised that the Mountjoy man was someone she wanted to spend the rest of her life with.

After being in a relationship for seven years, the devoted couple tied the knot at St Patrick’s Church, Greencastle on September 4. Having 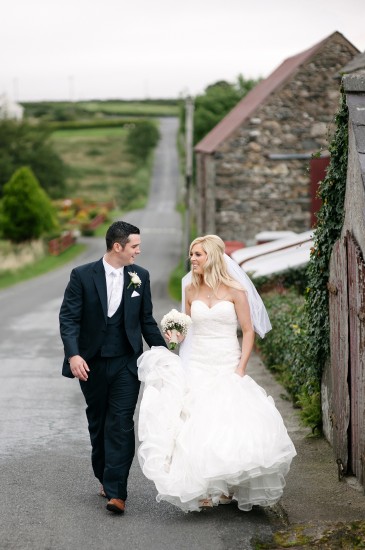 moved to Laura Lee’s birthplace, New York within three years of their relationship, it was in the middle of Central Park that Stephen surprised his girlfriend with a romantic proposal on her 26th birthday.

After journeying through the famous square on a horse and cart, Stephen (30) got down on one knee beside the Bethesda Fountain and presented Laura Lee (28) with a carefully picked white gold diamond engagement ring. “It was very embarrassing – everyone could see us,” Laura Lee joked. “But I was so happy.

Even after being together for so long, I never expected it.” Despite living in New York, Laura Lee had her heart set on being wed in Northern Ireland. “Though I was born in New York, I wasn’t raised there,” she explained. “So I definitely knew that I wanted to be married in the place where I grew up.

It’s also the place where my parents live.” Shortly after the proposal, Laura Lee flew back to Northern Ireland where she embarked on the tough task of finding the perfect wedding venue. After visiting over ten venues within the space of two days, it was when she travelled to Lough Erne Resort in Enniskillen that she fell in love with its serene location. 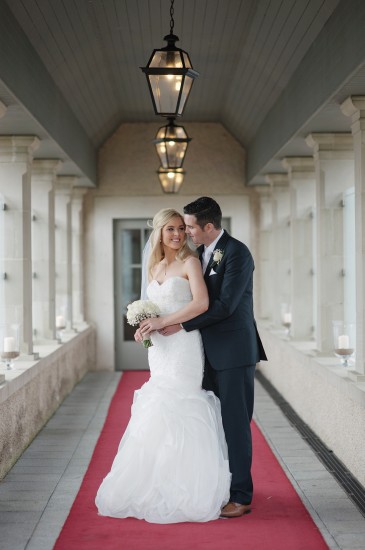 “It just looked so peaceful and tranquil and I think that’s what I liked about it the most,” she said. Arriving back on New York soil, the next stop for Laura Lee was choosing an elegant wedding gown from Pronovias – a designer dress boutique between Fifth and Sixth Avenue.

“This was where my sister bought her dress, and it was just gorgeous,” Laura Lee explained. “It’s an amazing place, and I suppose I wanted to follow in her footsteps.” After much thought, Laura Lee decided upon a white lace gown, complete with a fishtail bottom and subtle diamonte sparkles.

“I thought it was a bit too much at first,” she laughed. “But it eventually worked its way into my heart. I was very happy with it in the end.” Describing her big day as “very surreal” she couldn’t wait to walk down the aisle of her childhood church which had been decorated with white roses and baby’s breath by her aunt, Sarah Warnock.

“The whole morning was full of hustle and bustle, so finally being there in my church in front of all my friends and family, and especially Stephen’s two pairs of grandparents, was amazing for me. “The ceremony was just beautiful – I couldn’t believe it was actually happening.”

After being whisked away to their reception in a classy silver limousine, it was soon time for the newly weds to tuck into their four-tier Madeira and chocolate sponge cake, baked by Laura Lee’s aunt Bernie Tracey.

With wedding bands The Rockets and The Whistlin’ Donkeys setting an upbeat atmosphere, the couple alongside their 180 guests then danced into the early hours of the morning.

“Everything simply fell into place,” Laura Lee concluded. “The wedding just flew by and it was the most perfect day. All the planning and hard work was worth it in the end.” 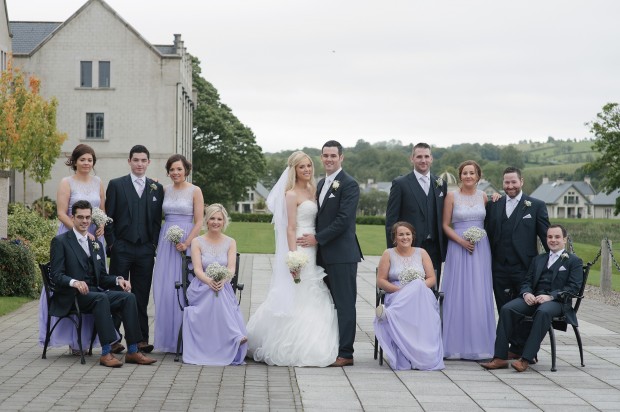