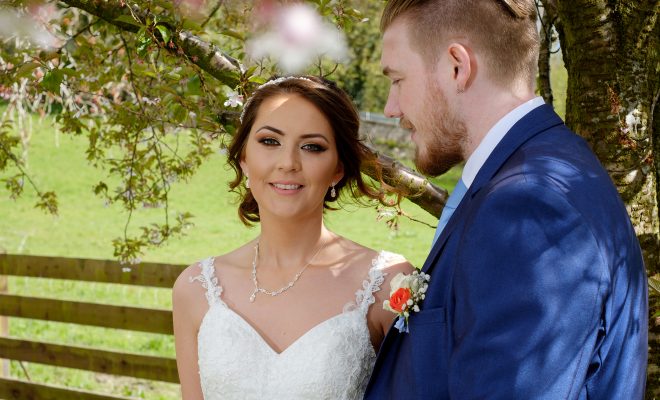 Marrying in the chapel which she grew up in gave Cathy O’Reilly a special wedding day full of nostalgia and new happy memories. The Strabane woman wed her love, Phil Doggart from Belfast on April 29, 2016 in Saint Mary’s Chapel, Strabane.

Performing the ceremony was Father Michael Doherty – a well-known figure in the O’Reilly household as he previously married the blushing bride’s mother and father, Winnie and Gerard on June 25, 1989.

The pair’s love first blossomed soon after meeting in The Empire, Belfast in 2009 during their work’s staff night out. “It was a friendship that turned into something more after he tortured me for long enough,” Cathy joked. “I just liked that he was relaxed, down to earth and made me laugh.”

Together for over three years, it was on July 27, 2012 that Phil (26) asked Cathy (28) for her hand in marriage. Getting down on knee in the bedroom of their new home, which the two civil servants had just received the keys for, he presented her with a white gold twisted engagement diamond- encrusted band which featured a trio of large diamonds in the centre.

To make the romantic occasion even more memorable, Cathy revealed she was expecting her first baby – something she found out mere days before the proposal. “Three amazing things happened in my life in one week,” Cathy reflected. “Although I think I laughed when he first proposed as I thought he was joking! But when I realised that it was real, I jumped into his arms in excitement.” 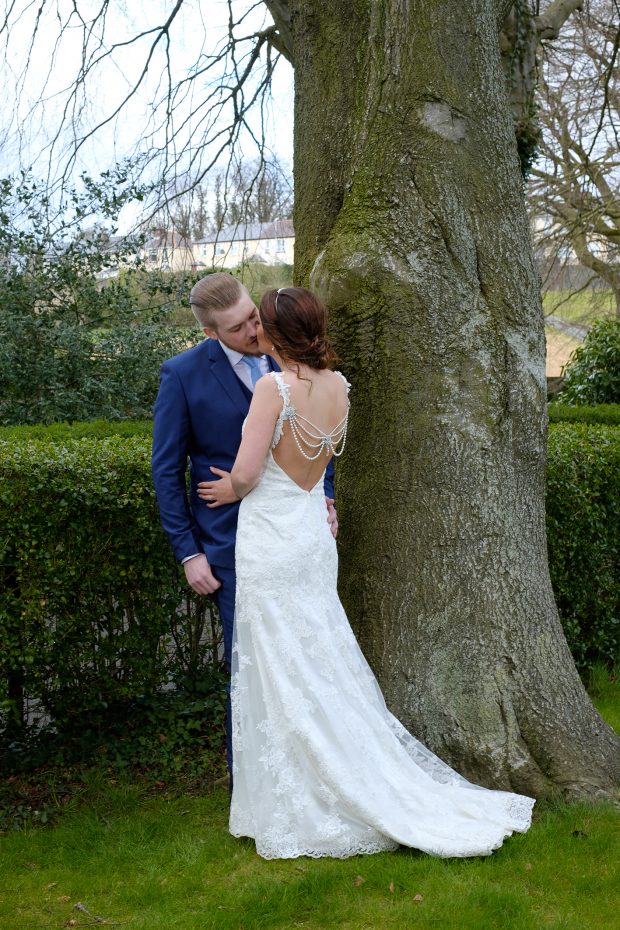 Focusing on planning a “plain and simple” traditional wedding after the birth of their son, Max, Cathy knew right away that she wanted her wedding reception to be held in the Fir Trees Hotel, Strabane. “I was always taken there for dinners or family occasions when I was growing up so it felt right,” she explained.“The food is always amazing and the staff are all very friendly.”

Describing wedding dress shopping as “very quick, yet exciting”, Cathy fell in love with the first gown she tried on, in the very first shop she visited. The backless, fitted gown from boutique White Butterfly Bridal, Belfast, featured vintage lace with a back piece of pearls and diamonds attached.

“I just fell in love with it and couldn’t see past it,” Cathy explained. When Cathy’s wedding day finally arrived, she described feeling calm and was simply brimming with excitement to see everyone at her childhood chapel. Describing the service as “lovely’, she said, “The ceremony was all very relaxed although both of our parents did shed a few tears.

“The music when signing the register was ‘The Town I Loved So Well’, which is my grandfather’s favourite song. That pulled on a few heart strings – especially my granny’s.”

Whisked away to her venue in a classy white limo, it was soon time for the newlyweds to tuck into their three-tiered ivory cake, decorated with intricate vintage lace detailing and iced flowers. With wedding band, T Junction setting a lively atmosphere, the new Mr and Mrs Doggart danced the night away with their 100-plus guests. 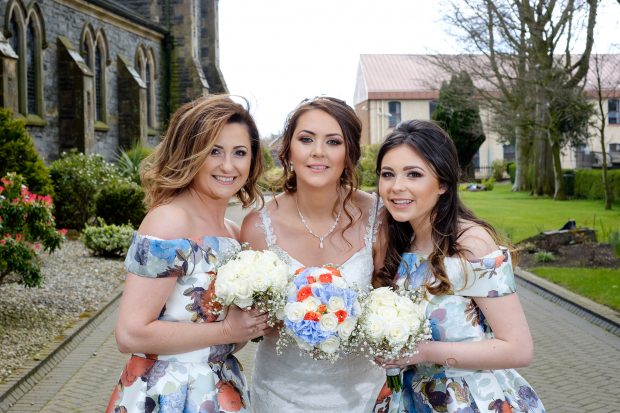 “The music was fantastic,” Cathy described. “The band made it even better when they handed me a guitar, and gave Phil a banjo so we could rock out with them! “We didn’t want the night to end, and our day was amazing from start to finish,” Cathy added. “The service was lovely, and Davy the photographer was incredible.

The flowers, which were done by my lovely auntie Caroline, were out of this world, and the chapel music by Rois Kelly Lynch was fabulous. “The food, the venue, the guests… it was all just amazing and so many people have said it was the best wedding they have ever been at,” the mother-of-two concluded. “I can hands down say it was one of the best days of my life.” 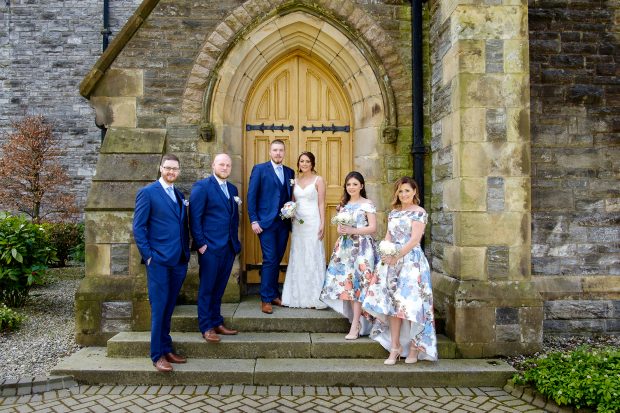