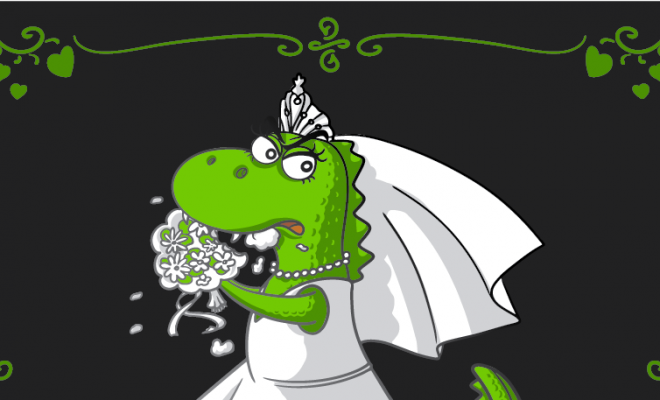 So, exciting news up first – our application to marry in Spain has been received by the appropriate authorities and, despite us clearly being way too young to be at such grown up behaviour, has been met with a resounding “Sí!” It was really great seeing it in print and it served to remind us that this is all actually happening in just less than one hundred days. Yay!

In rather less pleasant news, I found myself reading an article this week about a bridesmaid who has reported been asked by the bride to dye her red hair brown for the wedding day. I’ll just let that sit there for a minute. Dye her hair. A different colour. For One day. The mind doesn’t just boggle, it jumps up and down and screams “stop the world I want to get off!”

Seriously though, I can just imagine myself asking my blonde bridesmaid to dye her hair brown to “add to the cohesiveness” of the group – my other bridesmaid and I being of the brunette persuasion. I likely wouldn’t get to the end of the request without getting a stiletto to the face. Why such violence, you wonder. The blonde bridesmaid is my sister, I answer. She knows how to mute the crazy. 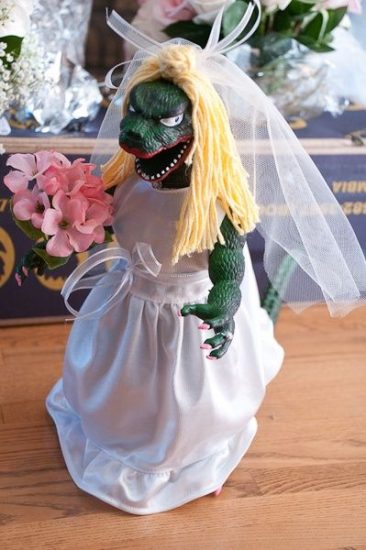 Apparently making crazy demands of the bridesmaids isn’t an unusual phenomenon. A quick visit to any bridal forum will reveal horror stories of dozens of girls being ordered to cut their hair, not get pregnant and even to lose weight. The really, really scary thing is that instead of telling her bridal highness where to go, a lot of these poor bridesmaids actually feel that for a quiet life, it might be easier to just go along with the bride’s outrageous demands.

It made me wonder if I might have gone over to the crazy side without realising. I think the maddest thing I’ve asked my girls to do is to wear the same dress. Yes, I know that’s usually how it happens but when you actually stop and think about it, it is a little weird. “Hello friend and sister. Please come to my wedding, hold shrubbery and wear matching bridesmaid uniforms”. As a guest at a wedding, if you saw someone wearing the same outfit as you, all sorts of mortification would ensue but when you’re a bridesmaid, that doesn’t seem to apply. I told you, weird.

Weirder still, is that a lot of these long suffering bridesmaids report that the she-witch in question (aka the bride) was actually a nice enough person before she got the ring on her finger! Hmnn…slides ring off finger just in case. What happens then to make us brides take a one way trip to nastyville? Granted, it’s a pressure filled time and emotions get a little heightened but still, that doesn’t mean your bridesmaids physical appearance has to be altered. Does it?

So far, my girls have been great – even the one with the blonde “attention grabbing” hair. They have expertly organised my hen party 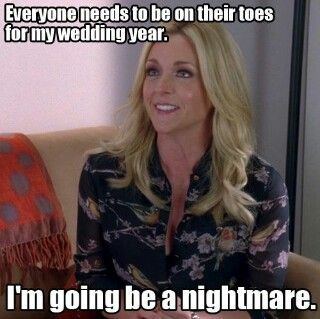 which happens in two weeks time, which I’ve still managed to find out nothing about. They’ve been as easy going as the going is when it comes to my dress and shoe choices and after that. As a reward for this, I’m thinking I should allow them the luxury of looking like the same people they were when I asked them, as they are now.

I propose a helpline for bridesmaids to call when their brides go to the dark side. Hear me out, when they receive a request from the bride, they could call up the helpline and find out if it’s outlandish or acceptable. For example, asking you not to dye your hair purple before the big day – acceptable. Asking you to lose twenty pounds for the big day – outlandish! Simples! Just because the bride is depriving herself of the finest gentlemen known to man (Ben and Jerry) doesn’t mean everyone else has to!

As for us brides, I think we could do with dialling it all back a bit. We get one day and yeah we all want it to be perfect but the damage of a hurtful demand can last long after the honeymoon. That’s another thing you can find on the forum – how many bridesmaids decided to break contact with the bride after the wedding day. It’s all very sad and needless if you ask me and totally not worth the loss. As the man says, if you go to bed a married woman, the wedding has been a success, the rest is just noise! 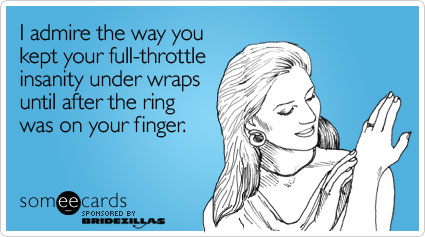 Related ItemsbridesmaidsBridezillaplanningspainstresswedding
← Previous Story Room for the Groom?
Next Story → Another Year Older, Another Year Sillier – My Last Birthday a Single Lady!