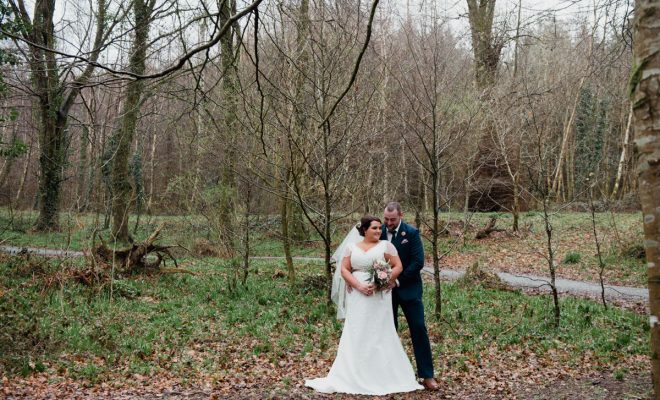 Catriona And Darren Tie The Knot In Perfect Trillick Wedding

They say that it is good luck to have rain on your wedding day – and newlyweds Catriona Garry and Darren Knox are certainly hoping that this superstition rings true.

There may have been spring showers throughout their day, but even the traditional Irish weather wasn’t enough to dampen the spirits of the newlyweds, who enjoyed a perfect day from start-to-finish. 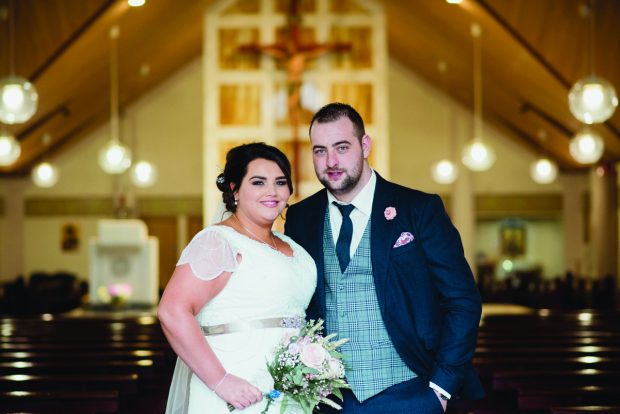 The newlyweds, Catriona and Darren Knox.

The pair were wed during a beautiful ceremony filled with traditional music at St Macartan’s Church, Trillick on April 2, 2018. Their wedding reception took place in the Kee’s Hotel, Stranorlar, Donegal – a venue noted for its unique history, and chosen by the newlyweds due to its extremely friendly staff.

Catriona, who is a laser therapist in Therapie Clinic in Enniskillen, first met Darren, who works for Kenwells in Dromore, on New Year’s Eve 2012. Describing the Dromore man as ‘kind’, ‘strong’ and ‘handsome’, it was exactly two years later – on New Year’s Eve 2014 – that Darren got down on one knee during a lovely stay at the Manor House Hotel. 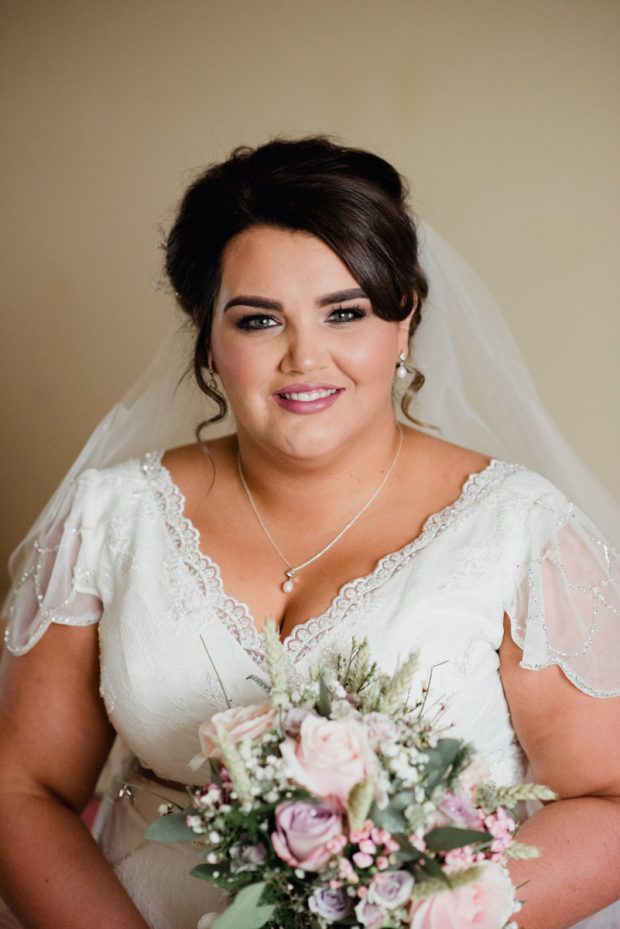 “I felt nervous, but I was also so excited,” Catriona said of the proposal. “I just loved my ring, which is a good mix of gold and white gold.” The pair were engaged for three years, and planned for a traditional day during that time.

One of the most important elements for the pair was that there was only traditional music played in the chapel. Darren, being a farmer and a welder, also handmade the beautiful candle stand used on their wedding day. 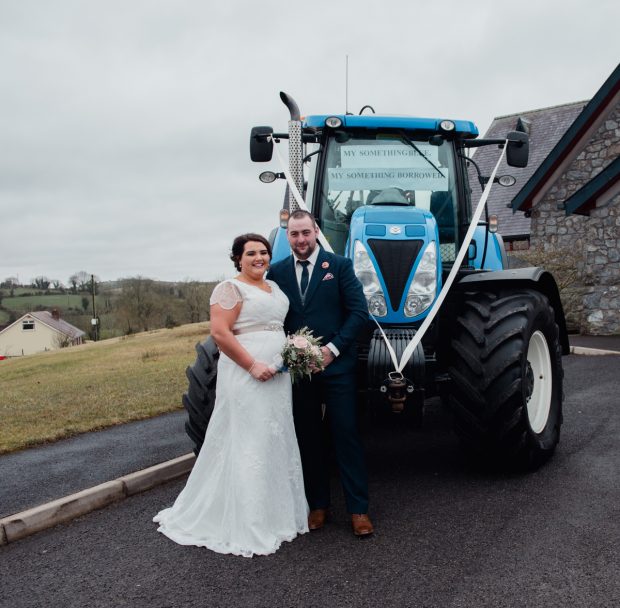 Happily, Catriona enjoyed her search for the perfect gown, and her sister – who got married two years previous – was on hand to help her. “My experience of wedding dress shopping was really good,” Catriona reflected. “It didn’t take me long to find the dress I wanted.”

Purchased from Chantilly Lace in Enniskillen, Catriona’s white gown featured a delicate, lace design and it was comfortable and light – perfect for dancing in. 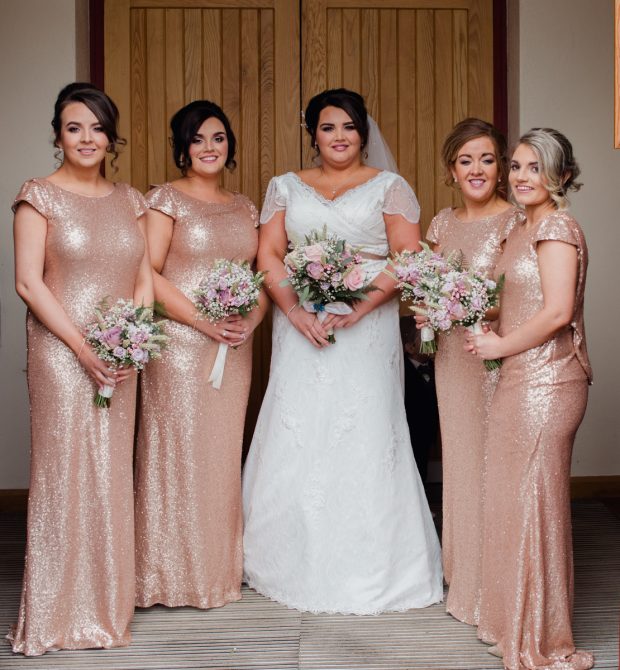 The new Mrs Knox, alongside her maid of honour, Clare McQuaid, and bridesmaids Bronagh Garry, Aideen McGrade and Catriona Maguire.

When the Trillick woman’s big day finally arrived, Catriona recalls feeling a mixture of emotions. While she was excited to marry Darren, she also had butterflies prior to leaving for her hometown church with her father.

Leading the way, her bridesmaids travelled to the church in a classy limousine. “Our service was just perfect – it was beautiful,” Catriona said. Whisked away to their wedding reception, situated in the heart of Donegal, the new Mrs Knox said that she really enjoyed the wedding cake baked by her mother-in-law. 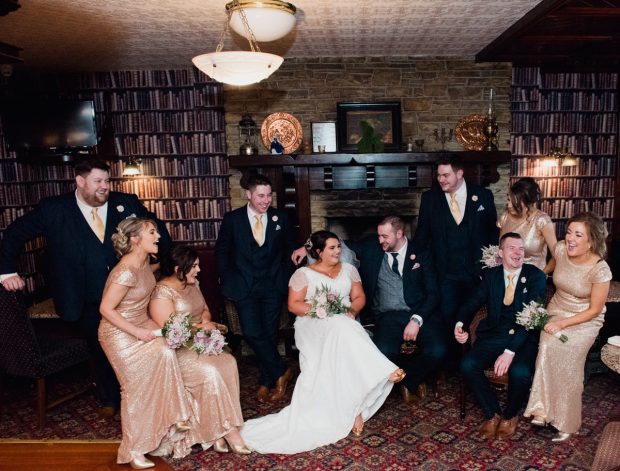 The new Mr and Mrs Knox then danced the night away to wedding band Justin McGurk and the Boogie Men, leaving the party when the DJ began his setlist. “Everyone really enjoyed the day and their food,” the 26-year-old concluded. “Our wedding day was brilliant. It was perfect from start-to finish.”