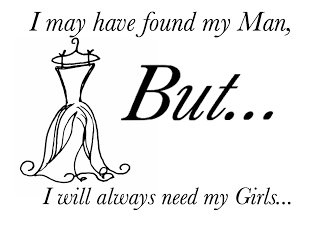 Following up from our couple spreading the good news, we now get to meet the wedding party! 🙂 Choosing the right people to help and guide you to your wedding day is very important. This was an easy task for these two so here we go; Catherine and James introduce their merry maids and the three musketeers…

Choosing My Band of Merry Maids!

As soon as James proposed, and I had settled myself, I started thinking about planning the wedding. As we have said we were pretty on the ball, and have quite a bit organised already. Choosing Bridesmaids was probably one of my easier decisions to make as there are 3 very prominent ladies in my life that I consider my best friends.

Firstly I decided I really wanted the girls to have a memento from me, asking them to be my bridesmaids and a big part of my wedding, so, I started designing a little card for each of the girls to keep.

The front of the card – inside it said “Will your be my Bridesmaid?”

First up is my gorgeous sister Ciara, my Maid of Honour/Chief Bridesmaid (does anyone know which we should be using? I have no idea!). 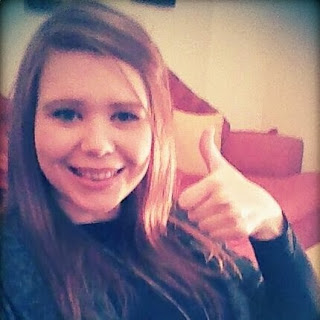 I am really lucky to have Ciara as not only my little sister but also my best friend. Growing up, Ciara was always the organised and brave one. She achieved amazing things because she always tried her hardest. I honestly wish I could have been more like Ciara when I was younger, and I made a conscious effort when I started my Masters to try to emulate her in some ways. It turned my prospects around incredibly and it’s really down to her that I am now doing a job I love, am engaged to the man of my dreams and am able to be writing this blog right now!

Anyway, less of this mushy stuff and on to… well slightly more mushy stuff!

I had called Ciara on the day of the proposal to let her know we were engaged. I wanted to ask her straight away to be my Maid of Honour, but thought it would be better waiting to ask her in person. She would be home in 3 weeks and I could ask her then!

1 week passed from the proposal and I was finding it really hard not to ask her on the phone. I started panicking incase she either,

2) she thought I didn’t want her to do it because I hadn’t asked her yet.

Ciara – ” I had a dream I wasn’t invited to your hen party.. just to let you know I was devastated.”

I nearly dropped my phone! I waited one more week and then had to contact her. If I couldn’t ask her in person I would do it by the next best thing, Skype!

I gave her a call (obviously after x factor!) and asked her straight out, there were tears and giggles and thankfully she said yes! James joined us on the call for a bit ( he even donned a red wig – as apparently “Us red heads need to stick together.”). I showed her the card over video chat and had a good old chin wag for nearly 2 hours!

The week after the proposal (so before Ciara) I asked Nuala – or Noodles as James always calls her. As the two of them had been in cahoots, she had sneakily planned a trip home. It was so amazing to see her and we got to go to the Christmas market and then chill out at home watching Doctor Who in our Polar bear onesies (James was obviously in his Batman onesie…) 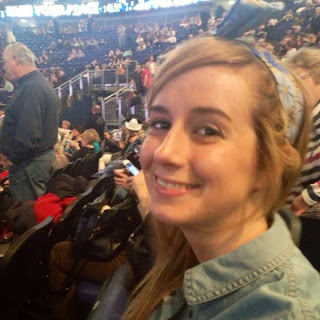 Nuala is an incredible friend who, although I knew at school, I only really properly got to know a few years ago. I honestly don’t know how I lived without her. I don’t think she realises just how amazing she is, and how lucky we all are to know her! I gave Nuala her card in our house and I am so glad she said yes as well.

That’s my two London based Bridesmaids asked – the final of my Tremendous Trio is the amazing Cathy.

Cathy and I have been best friends since the first day of P1, Twenty three years ago! We have only had one falling out – in P2 and it lasted for 15 minutes. I am crazy lucky to have this girl in my life, we don’t get to see each other as much as we’d like but we could have went 6 months without seeing each other and jump straight into our regular groove of chatting away! A few months ago we decided to make a real effort to meet up at least once a month. It’s been fantastic! So I met with Cathy at the Christmas Market and handed her the card. Her response,  “Was there ever any doubt that I would say yes!”

Again we got a little teary and had a big old hug outside of City hall.

Whilst that was my three Senior Bridesmaids asked I had two more very special girlies to ask as well! My gorgeous Goddaughter Fionnuala also received a card asking her to be my Junior Bridesmaid! Finally, James’s cutie of a Goddaughter Ella was also asked – although as she is only 8 months, her mummy Charlene had to respond for her! 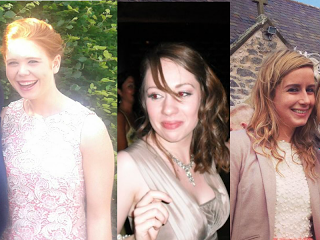 So that is my band of merry maids! Let the planning commence!

I had decided on my groomsmen pretty quickly, they were the oblivious choice. I went for my two best mates and Catherine’s brother.

Jason
The first Groomsman and also the best man is Jason Harker. 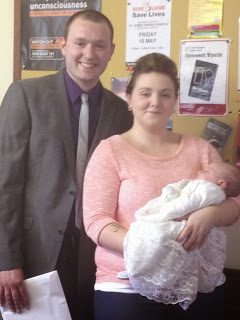 On the Monday Catherine and I returned from Paris as the newly engaged couple at the party in my home house, Jason was dropping hints like crazy.
Asking subtle questions like,

“So… have you thought of anyone for the wedding party?” (With a cheeky grin)
To which I replied “Yes…”
Jason now on the edge of his seat;
“…Catherine has her girls all picked out.”
It was my intention to leave him dangling on the line a little longer.
Jason and I have been mates for years. He is the father of my God Daughter Ella (Flower Girl) and my Sisters boyfriend. He is the type of guy that is always smiling and can very quickly put you in a good mood. I know that he will be able to perform his duties well. I know I am going to have to make up a full list of things for him to do as he will want to be involved with everything. Jason became part of the Muldoon family so much so that while I was in America he took my place on the family holidays. 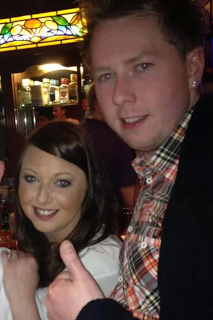 We have both lived in our hometown most of our lives; however we didn’t become friends until we were both at university in Belfast. We were working the same weekend job beside each other and to relieve the boredom we played the game, “think of a song with a girl’s name in it!” After a few weekends had passed he invited me for a pint after work and since then we’ve been like an old married couple. We have had plenty of adventures and I played a part in throwing him a wild Penthouse Stag weekend in Liverpool.

There are plenty of ways to ask your potential groomsmen to be part of your wedding party. You can take each out for a meal, visit them at home separately and spend the evening chatting away with plans, you can even get it written on a balloon. I chose to ask the guys to the pub… So I text them both, organised to meet at our local pub. I knew that they both knew what was going on but to act along they played dumb. I ordered three pints and we sat down. I said

“I consider you two to be like Brothers to me (Side note I have 3 sisters no brothers), would you do me the honor of being my Groomsmen.”

They both said of course and I said, “Jason will you be my best man.” He was shocked and a little speechless. We ordered another round and they started to keep me going about how excited they were about the stag and their wild plans.

Damien
Last but not least my third groomsman is Damien Morris, Catherine’s brother. 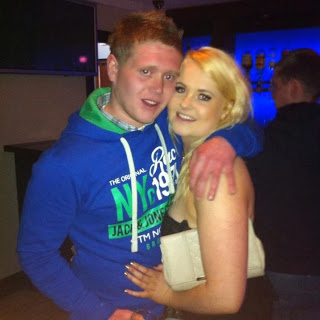 Damien is a great guy altogether. He is very welcoming and friendly, even if I am stealing his sister away. But the best thing about him is that he isn’t afraid to throw in a wee slag every now and again to keep me on my toes, which we can all laugh about. It wouldn’t feel right if Damien wasn’t by my side showing his support for me and his sister. I still feel honored that he accepted my request to be my groomsman.

So that’s the wedding party sorted. 🙂 Next big step is the venue. Next week Catherine and James consider some of the best wedding venues in the North-West before coming to a decision on one that is perfect for them. 🙂