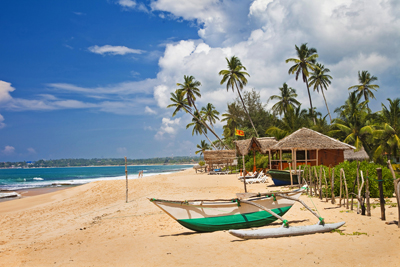 It is a long haul from saying ‘Yes’ to saying ‘I do’. After all the stress of planning your big day you both deserve a special break so why not use this time as an opportunity to discover the world. Check out North-West Brides quick guide to far away destinations.

Location: An Island in the Indian Ocean in southern Asia (off the coast of India)
Capital: Colombo
Currency: Rupees
When to go: There are two Monsoon seasons in Sri Lanka so it is best to go to the West & South coast in December – March and to the East coast & Ancient cities in April – September. It is warm all year round, temperature approximately 27 degrees.
Festivals: The main festivals are Kandy & Kataragama which take place in July/August, accommodation rates can double or treble in certain areas during this time.
Flight time: 10 1/2 hours approx
Time zone: 5 hours ahead
Note: Sri Lanka is located a short plane journey from the Maldives, speak to your travel agent about a two centre holiday.

Hawaii
‘Paradise of the Pacific’ 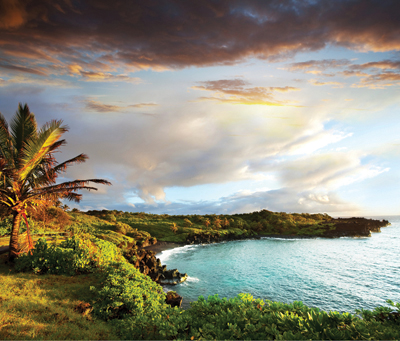 Idyllic beaches, breathtaking scenery, majestic waterfalls, mouth watering cuisine and friendly faces it is no wonder the Aloha State (Aloha means love as well as hello) is a magnet for honeymooners. Hawaii is made up of eight main islands, each offering honeymooners a completely different experience. Surf and relax on Maui’s beaches, party on O’ahu or become steeped in Hawaiian culture on M’oloka’i.

Location: A group of Polynesian islands in the Pacific Ocean over 2000 miles southwest off the coast of America
Capital: Honolulu (on the island of O’ahu)
Currency: US Dollars
When to go: Hawaii offers a tropical climate all year round but June-October is the driest season. Temperatures average at 27 degrees.
Flight time: 14+ hrs (approx)
Time Zone: 10 hours behind
Note: Hawaii is 2000 miles from any continent so getting there takes time, build in another stop on your honeymoon such as Las Vegas. 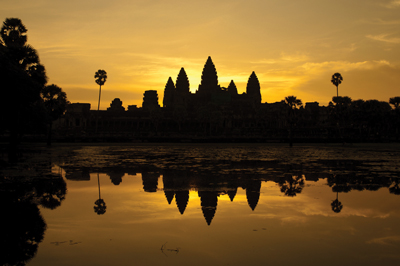 If you are a couple who enjoy adventure and cultural experiences along with relaxing by unspoilt beaches then Cambodia is for you. Visit the awe inspiring Agkor Temples, lush jungles and fascinating cities. Or if money is no object stay on one of the luxurious Song Saa private islands (Song Saa meaning ‘The Sweethearts’). Part of a group of 61 islands which largely remain undeveloped, as a guest you will be among the first ‘outsiders’ to view this beautiful, untouched part of the world.

Location: On the Indochina Peninsula in Southeast Asia, bordered by Thailand, Laos and Vietnam.
Capital: Phnom Penh
Currency: Riel
When to go: Dry season is from November to April. It is best to visit December to February when temperatures are around 28c. March and April are very hot and make travelling uncomfortable (approx 35 degrees).
Flight time: 12.5 hrs (approx)
Time Zone: 7 hours ahead
Note: Discover more of Asia on your honeymoon, visit Thailand, Laos or Vietnam.

Chile
‘Land of Fire and Ice’ 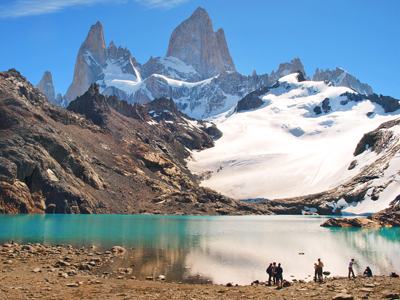 Chile’s vast size offers honeymooners a wealth of opportunities all year round from skiing in the Andes, exploring the Moai stone sculptures on Easter Island, wine tasting in the Central Valley to soaking up the culture in the cosmopolitan city of Santiago.

Location: In Southern South American bordered by countries Peru, Argentina and Boliva Chile is wedged between the Pacific Ocean and the Andes mountains.
Capital: Santiago
Currency: Chilean Peso
When to go: Chile boasts seven climates which results in arid desert in the north, glaciers in the south to mediterranean climes in the central valley. Due to the huge variation in climate it is hard to generalise, however temperatures during the summer months (December to February) in the central valley can reach 29 degrees.
Flight time: 14.5 hours
Time Zone: 4 hours behind
Note: Chile is a country with huge variations in climate as you move from one part to the next, use your time to travel around and experience everything from Volcanoes to Icebergs.