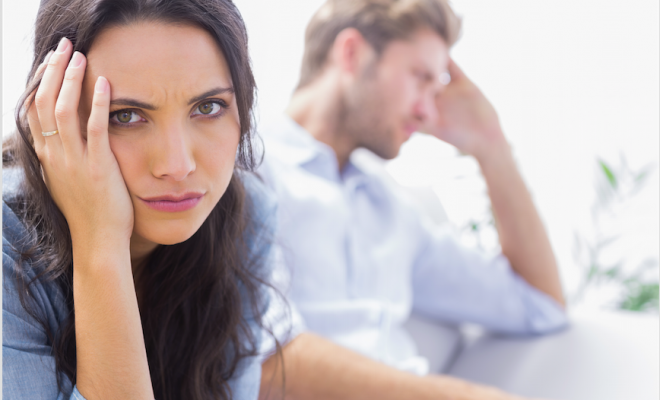 Father Wed! (And the joys of the pre-marriage course)

Our weekly resident blogger Vanessa Pope is on the countdown to her big day in September of this year. This week she discusses the somewhat dreaded pre-marriage course!

As us North Western brides prepare to tie the knot, some of us may be facing the prospect of the pre-marriage course. I am one such bride and I did say in a previous post that I would tell you all how mine went and offer a “review” of sorts. So here it is!

Contrary to what a lot of people think, the pre-marriage course isn’t a new thing. In fact, it has always existed in some form or another over the years. It’s only fairly recently that the Catholic Church opted to make the course to counteract rising d****ce rates (of course I’m saying the d-word in a wedding mag, are ye mad?)

Now, when it comes to the marriage course, I’ve heard some horrifying stories. Tales of family planning advice and opinions being issued by ninety-five year old priests and that kind of mortifying malarkey.

I’m aware there are several different agencies providing the course and I know couples who have opted for the most and least popular options.

Their feedback differs widely – for example I heard from a couple who completed their course in Belfast and were “advised” on the best method of birth control in a song sung to the tune of ‘The Flintstones’.  Yes, that song.  The words of that song, ladies are far from suitable for publication on this fine online magazine channel. Childhood = ruined. 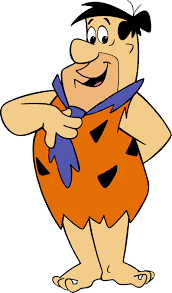 Thankfully, that approach seems to be rare, although obviously as I walked in to do my course, I couldn’t help myself beginning a nervous rendition of the tune. Of course, as with anything, it’s easier to fret about the one horror story you hear rather than believe the dozen or so couples who assure you the course is just grand. It is, I promise!

For me, it was the unknown that was the most worrying. I signed up and paid and then saw the schedule – 7pm-10pm one night and then 10am – 4pm the next day. Holy God, thought I, it took me less time to do my degree!

Seriously though, what on earth were we going to be doing for such a long stretch of time? What are they going to teach me about marriage that I don’t already know? What do priests know about marriage anyway? It was going to be like school again, I was sure of it and knowing my luck, I’d end up getting detention.

For handiness sake and to make sure our priest in Spain would recognise the course, I chose the most popular and probably the biggest provider of the course in Ireland – Accord.

First shock –  it’s not even even run by a priest. It was organised and conducted by two very giggly women of the non-nun variety. Both ladies were married themselves – one an astonishing thirty-five years!

There were about thirteen very frightened looking couples – of all ages who entered the room looking like they’d been recounted the Flintstones story too.

Believe the good stories, girls! The course itself is actually a bit of craic. Yes, it feels a little like school – Mr Brady and I were actually passing notes at one stage – very naughty! But its P.E. school rather than Maths school you know? You get to play games such as Mr and Mrs and you actually do find yourself learning about your partner – even if like us, you’re together eight years!

It was nice too to meet other couples and chat to them about their wedding plans – everyone being at different stages of the planning process, the place was a goldmine for hints and tips!

Now, I have to be honest with you, a priest did join us for a while but he too was quite entertaining and full of a million little anecdotes not necessarily about marriage about relationships in general. “Learn how to have a good fight” was his surprising advice – hilarious after the two ladies spent a day and a half telling us how to avoid them!

All in all girls, it’s not that bad at all for something you’re given no choice in. A fair bit depends on your attitude, if you walk in wishing you were violently elsewhere, you’re probably not going to have the time of your life.

Yes, it’s a bit of a chore but let’s face it – getting married in the church isn’t compulsory either. As for me, well I’m a marriage expert now. Just call me Doctor Marriage – go on, ask me anything! Vanessa Pope W.E.D. ding. 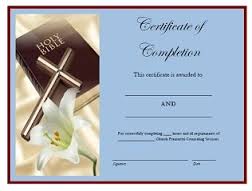