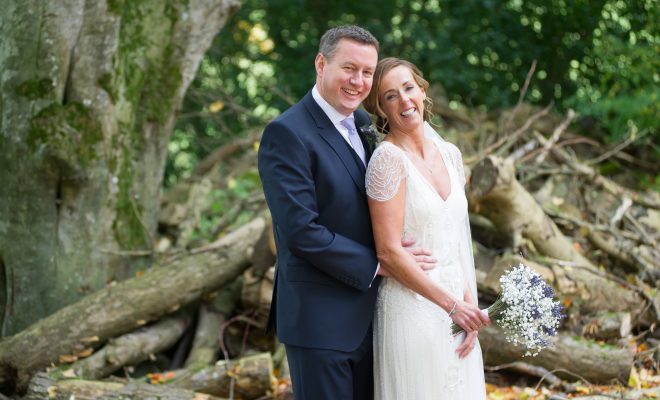 A beautiful autumnal wedding in her beloved hometown gave Gillian Holcroft (née Hart) the best day of her life and memories she will treasure forever.

It was on New Year’s Eve in 2010 when the pair first met through a mutual friend in an English bar in Cheshire – the county where they have both lived and worked in for years. However, it was when Gillian was travelling back home to see her beloved friends and family on December 22, 2014, that Richard surprised her with an early Christmas present – a romantic proposal. 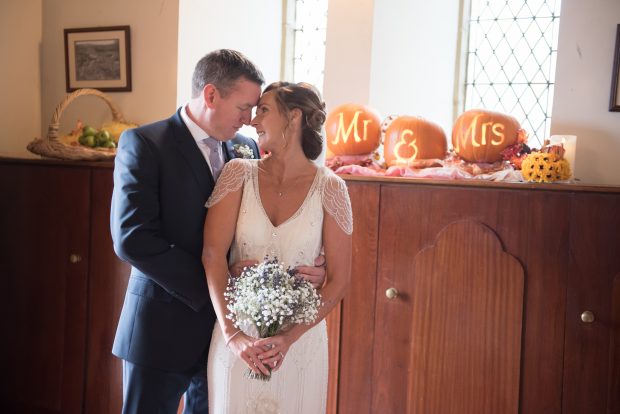 “We were going back to Omagh for Christmas and we had taken the 2.30am boat from Holyhead into Dublin,” Gillian explained. “We met up with a friend for breakfast and then spent the day in Dublin.”

While on Dublin soil, the pair took a scenic walk through St Stephen’s Green – and there Richard asked Gillian to be his wife, With the Dublin park’s beautiful scenery in the background, Richard presented her with a platinum, solitaire diamond ring which sparkled in the daylight.

“I was shocked, delighted, proud… and emotional – but I blame the lack of sleep for that!” Gillian smiled. “I just loved my ring as we designed it together after buying the diamond in Dubai on holiday.” 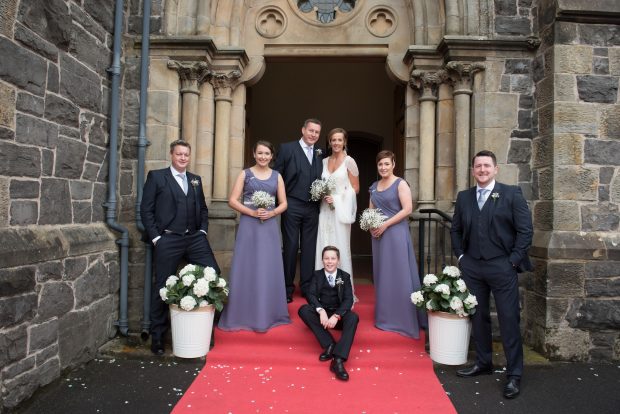 Gillian and Richard Holcroft with their bridal party outside St Columba’s Church in Omagh.

Within six months, both Gillian and Richard began planning for their wedding – but the blushing bride-to-be always knew she wanted to be wed in the town she called home growing up.

“I had my heart set on a traditional church wedding back in Omagh,” she described. “I also booked Corick House outside Clogher for our wedding reception because I just loved its setting and style.”

Describing wedding dress shopping as ‘stressful’, the business account manager travelled to a number of bridal gown shops before finding a dress she was truly happy with. 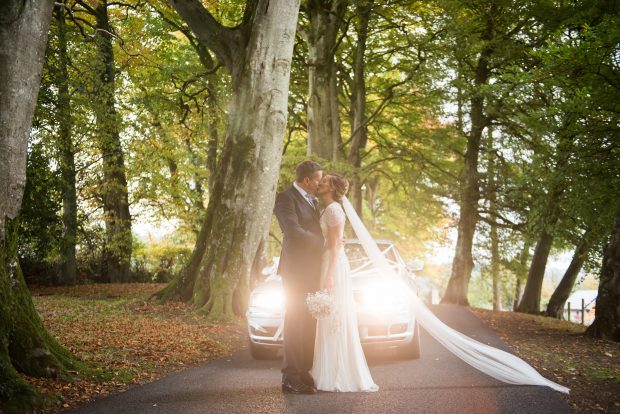 Gillian and Richard share an intimate moment on their autumn wedding day.

After much searching, it was in Eternal Bridal that a Jenny Packham ivory and silk gown with a beautiful overlay of sparkle caught her eye. “I never had the ‘that’s the one’ feeling, but I felt amazing in that dress when I tried it on,” she reflected.

When the day of Gillian’s autumnal wedding finally arrived, she described feeling both excited and quite emotional – and she simply couldn’t wait for the ceremony held in St Columba’s Church.

“Walking into the church and seeing Richard at the top of the aisle was a special moment for me,” she described. “Rich was emotional saying his vows, and I got emotional as I was very proud when my nephew read a poem for us. “The ceremony was everything I wanted it to be,” she added.  “It was beautifully traditional, with all my family and friends in the one place.” 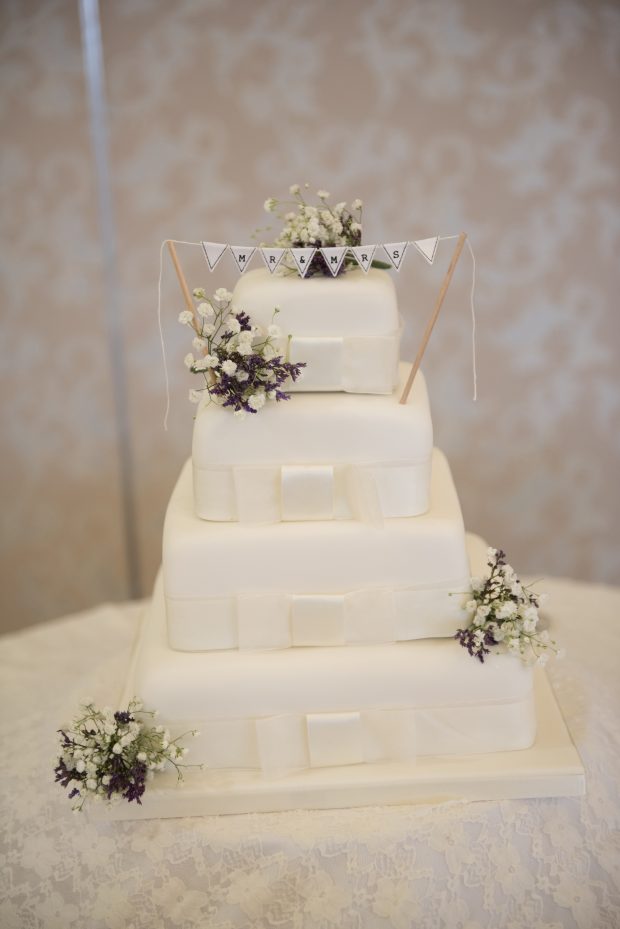 Whisked away to her wedding reception in her uncle’s snazzy car, it was soon time for Gillian and her husband to tuck into their four-tier wedding cake, decorated with flowers and pretty bunting.

Then, alongside their 110 guests, the new Mr and Mrs Holcroft danced the night away to upbeat music played by their wedding band and DJ, Itchy Feet.

“I loved our wedding day so much,” the 43-year-old concluded. “It has been the best day of my life so far – and one which I would love to do all over again.” 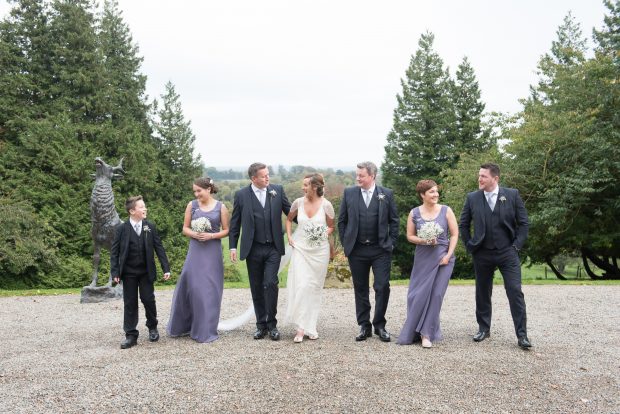 The new Mr and Mrs Holcroft with their bridal party pictured at their wedding reception at Corick House.