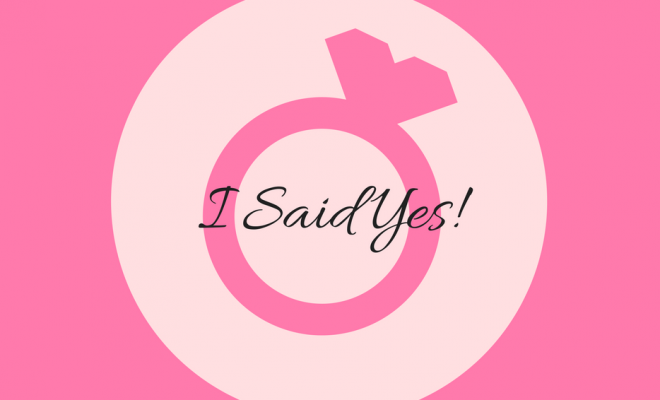 I couldn’t be happier right now. My boyfriend (sorry, fiancé! I’m not sure I’ll ever get used to saying that) John proposed to me. My brain is racing at a million miles an hour and I can’t stop thinking that this is really happening. We are going to get married!

We’ve spoken about marriage before, of course we had.  When we met four years ago at a Halloween party, I had this feeling about him and always thought it might happen eventually. You know when you just know?

I was 22 at the time and went as The Black Widow to Derry’s infamous Halloween festivities and he was 24 and dressed as The Hulk – all the muscles were natural 😜, which I think is what drew me in at first.  He’s always been into sport. Football, running, you name it and he does it.

I on the other hand, I appear to have a complete aversion to anything even remotely sporty, so I suppose we balance each other out. They say opposites attract, well it’s true in our case.  He’s always late and I keep him on time (well mostly). He’s always messy and I keep him organised, that kind of thing.

So, skip forward four years. I’ve been working as a Pediatric nurse, while John’s a Physiotherapist and we’re settled. I’m from Donegal and he’s from Derry and we both work at Altnagelvin Area Hospital. 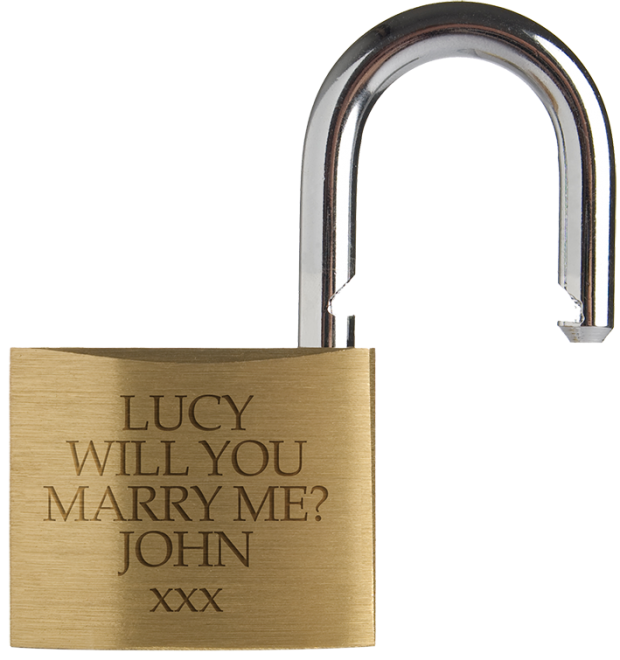 Every weekend we headed away together our family & friends thought we’d come back engaged and if I’m honest, I did too sometimes.  But no, John proposed out of the blue on no particular occasion, on the middle of the Peace Bridge in Derry.

He handed me a padlock with the words ‘Will you marry me?’ on it. I couldn’t speak for a solid minute, I was crying so much. When I finally said yes, I threw my arms around him and since then I haven’t stopped reliving the moment in my head.

Poor John was so nervous. He’d followed tradition and asked my Dad a few weeks earlier for my hand.  No easy feat I might add as I’m a bit of a Daddy’s girl.

I phoned my mum right away and then my sister. By the time I got around to calling my brother, my mum had already spoken to him and it seemed that everyone had already heard the news.

It took John a little longer, he’s got a much bigger family than me, with five sisters! They’re all so excited.

Once we had a few moments to ourselves after all the excitement, John and I started talking about what we want from our wedding.

Turns out we’re opposites on this too 😊, he wants a large wedding so all of his family and football team can come. But I’m from a small family with only my brother, sister, Mum and Dad, so it doesn’t feel right for me.  My Mum was an only child and my Dad only has one sister, so it’s looking like my side of the church will be pretty empty!

With so many decisions, it’s hard to know where to start, and John isn’t exactly providing sensible suggestions.  I don’t think getting married at Old Trafford is really going to work for us!! His other helpful suggestion was having an Avengers themed wedding (seriously, he’s obsessed).

I’m starting to worry a little. I’ve obviously never planned a wedding before, where do I start?! Well, Google, apparently.  Sure doesn’t Google have the answers to absolutely everything?!

I literally Googled “getting married in North-West Ireland” because that’s all we knew so far. I just kept thinking that once I have some options, the decisions will fall into place. North-West Brides popped up with a whole section on wedding planning for (you guessed it) brides in North-West Ireland.

So with John Googling Avenger themed weddings (which are surprisingly plentiful), I had found North-WestBrides.com, a website/magazine dedicated to getting married in the North-West of Ireland.  This was my starting point.

From decorations to bridesmaids and trends, the website had everything I needed to get my head around the planning stages. As I said earlier, I’m a huge planner and love to be organised,  so I made a to-do list, with time scales, using an article that I bookmarked: http://www.north-westbrides. com/long-take-plan-wedding/

While the task ahead is a little daunting, I’m feeling better about where to start.  I’m going to head out now and pick up their magazine and start my “Wedding Folder”.  Told you I was a planner 😉