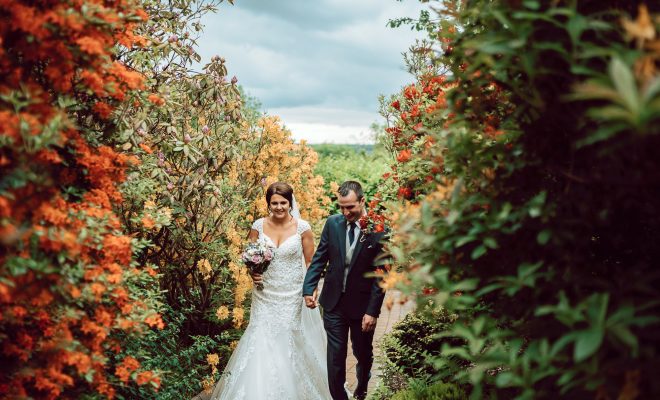 Here’s to you, Mr and Mrs Robinson

Beautiful hymns, sunny weather and gardens filled with colour gave Erin Robinson (née Stafford) a wedding day which was better than she could ever have dreamed.

In a church decorated with dainty pink and purple flowers, the Trillick lady wed Andrew Robinson at Holy Trinity Dromore on June 1, 2019, during a service performed by the Reverend Andrew Quill.  Best man was Neil McIlwaine, bridesmaids were Lindsay Brunt and Emma Holmes, and groomsman was Colin Robinson. Ushers were Steven Stafford, Mervyn Robinson and William Crawford, flower girl was Ellie Stafford and page boy was George Robinson. 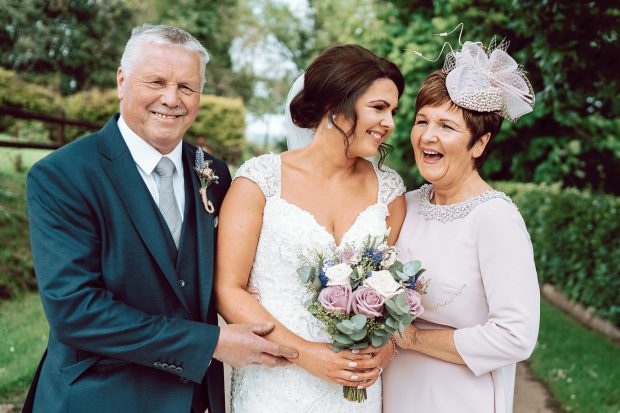 The new Mr and Mrs Robinson’s wedding reception took place in the luxurious Corick House Hotel & Spa, situated in the heart of the Clogher Valley. Erin, a cook at Clogher Mart, first met Andrew, a farmer, while enjoying a night out in an Omagh nightclub in May ‘09. Immediately struck by his charm, the pair began dating straight away.

Then seven years later, the Newtownstewart man got down on one knee on Strandhill Beach, outside Sligo one chilly winter’s day in December 2016. “My first reaction was, ‘hurry up and do it, and stop making me walk for miles’,” Erin laughed. “I picked my engagement ring, which is yellow gold, myself.” 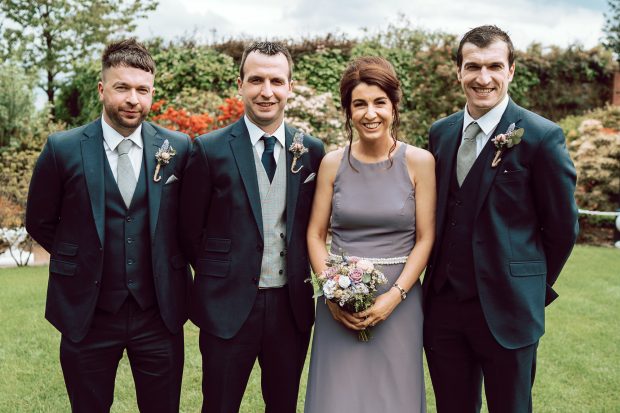 Lots of smiles on the wedding day of Erin and Andrew Robinson.

Come the dawn of 2017, the pair chose the date of their wedding day – an occasion they wanted to keep fairly traditional. “I didn’t want to go over the top with stuff,” Erin explained. “We just wanted to have the essentials, as sometimes less is more. “We decided to keep our colours summery-looking, which is why we mainly had pinks and purples.” She added, “We chose Corick House as our wedding reception, as it has beautiful gardens for photographs, and is located in such a picturesque setting.”

Erin, daughter of John and Rae Stafford, found her perfect gown in shop number three – McElhinneys, Ballybofey. Ironically, the gown she picked – an eye-catching, Ronald Joyce design which sparkled in the light – was the exact opposite of what she thought she wanted. “I chose a wedding dress that was the furthest from what I thought I would go for,” Erin said. 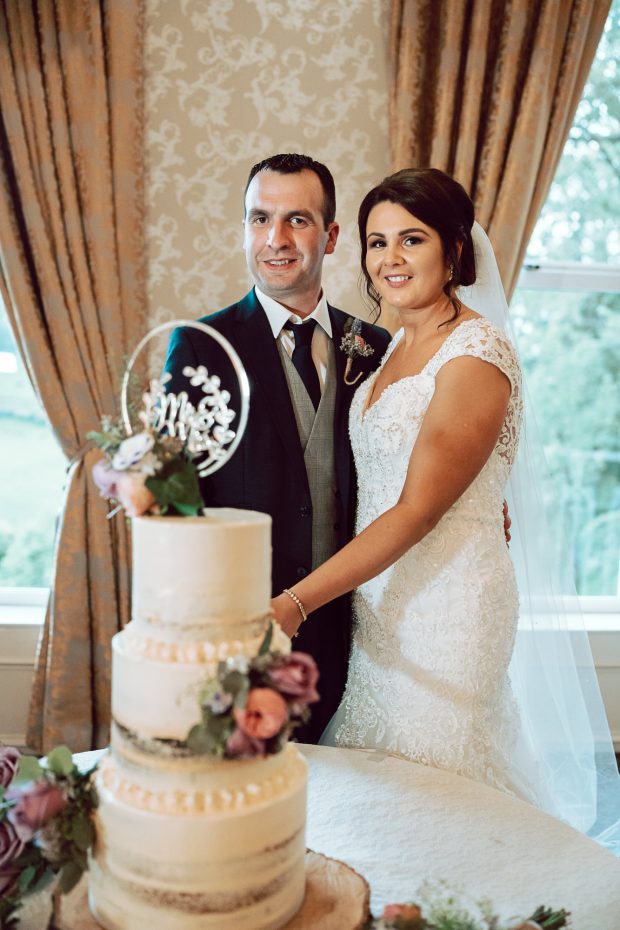 Erin and Andrew cut their three-tier, naked wedding cake which was gorgeously decorated.

“I thought I’d pick something that was very plain, but the one I went for had a lot of lace, sequins and diamontes. “McElhinneys were out of this world they couldn’t do enough to help nothing was a problem,” Erin added. “And they didn’t rush you while trying on the dresses; they were so helpful.”

Erin was welcomed with gorgeously warm and sunny weather on the morning of her big day. While she recalls feeling excited to marry Andy, she was also a little nervous about walking up the aisle. The blushing bride-to-be was whisked away to the church in a Glendale limousine, while Erin’s brother, Steven took groom Andrew, to the church in his white and sporty Evo. Like Erin, her bridesmaids also were transported to the ceremony in a limo. 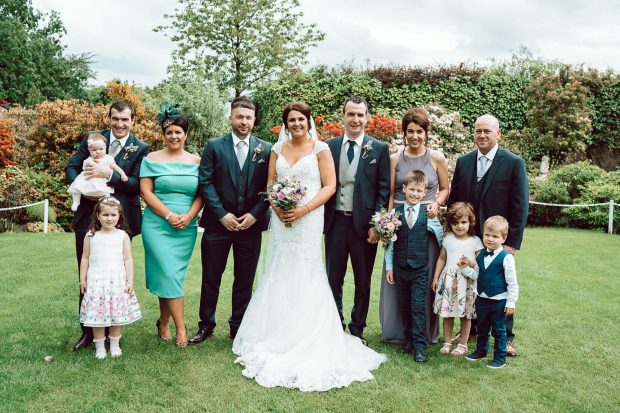 “Our service was just brilliant,” Erin recalls. “I was so overwhelmed standing at the front and listening to the hymns being sung from behind us. It was amazing.” After travelling to Corick House, a three-tier naked wedding cake and wedding band, ‘Addiction’ greeted the newlyweds – and Erin, who was having a fantastic time, said she danced all night!

“Our wedding day was better than we ever dreamed,” the 28- year-old reflected. “We can’t thank our friends and family enough for all their help and support on the run up to our special day. “We had, quite possibly, the best day ever.” The newlyweds wished to conclude their wedding feature by paying tribute to the deceased parents of groom Andrew Robinson, who were sorely missed on their special day. 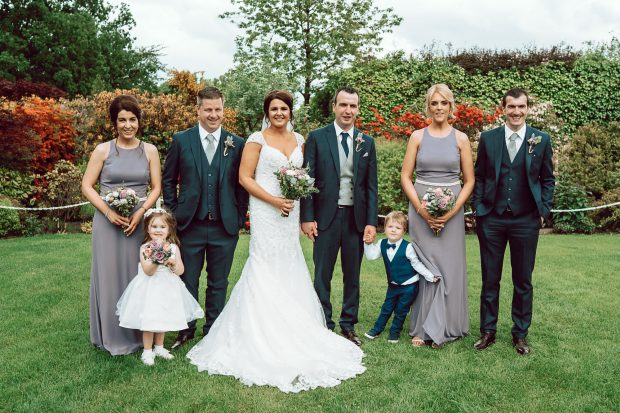 The newlyweds celebrate their May wedding day alongside their loved ones