In a perfect world and by perfect I mean a world created by and managed by none other than my fine self, several things would be so very different. First of all, for two days a week, every week absolutely all food would be calorie-free. Might I suggest a Saturday and Sunday? Secondly, there would be such things as “life remotes” so as to enable people, especially my fine self, to rewind those frequent occasions in which we make fine eejits out of ourselves. Mine would constantly need new Duracell. Thirdly, I would be able to invite people to our wedding by shining a huge light into the night sky. Might I suggest something like this? 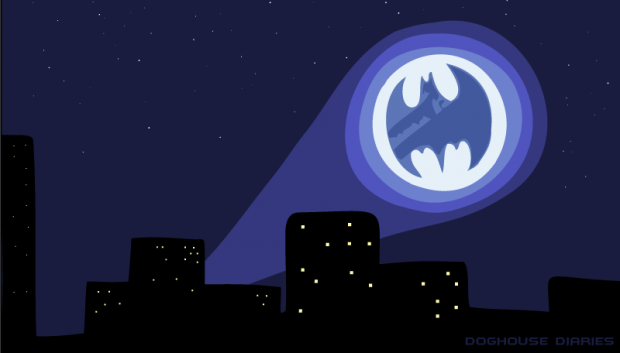 I did actually suggest this to Mr Brady but was promptly shut down. He tells me he’ll be my “life remote” as long as he can freely use the “mute” button.

As with many, many other aspects of the wedding planning process, I’ve found myself allergic to that which might be considered “normal” by other more rational, well-rounded brides. So obviously, when it came to browsing for invitations, I was less than hopeful I’d find something that appealed to my utterly weird brain.

A lot of invitations seem to be covered in flowers. Okay, flowers = pretty right? As person of the female persuasion I get that I’m supposed to swoon over them. In the brain of me flowers = meh. You know what else is meh? Lace. It reminds me of doilies and even though I love saying the word doilies, I don’t like wearing them or having them on my stationery. There’s also a lot of burlap about. I get that rustic chic is a thing these days but I read a book by Stephen King a few years ago and he wrote this story about a man who, let’s just say does something a tad gruesome with his wife, a shovel and a burlap sack and now when I see burlap anywhere I just think of that poor fictional woman who never saw it coming. 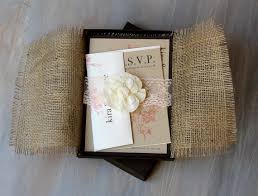 FYI, you should know that I just had to google how to spell “chic” that’s how much of a big unladylike lumberjack I actually am. Timber!!!!!

Okay, getting back to pretty invites. Leaving aside frills and fancy, the other option seems to be the quirkily different “look at us aren’t we hilarious” route. You know the sort – bride and groom re-enacting a scene from ‘Back to the Future’ or some such. I must admit, for a while I did see myself as playing Hermione to his Harry Potter but in the end it just seemed too predictable us being massive Harry Potter fans and all. We’re not ones to give the people what they want after all! Plus, dress-up is strictly on Fridays.

There was also the option of a DVD or online invitation. Very modern altogether and a complete and utter mystery to our guests who aren’t online or DVD savvy. Plus, what would we do on it? Sit there looking like criminals no doubt. “Come to our wedding. We’ll have burlap sacks waiting”. No, maybe not. 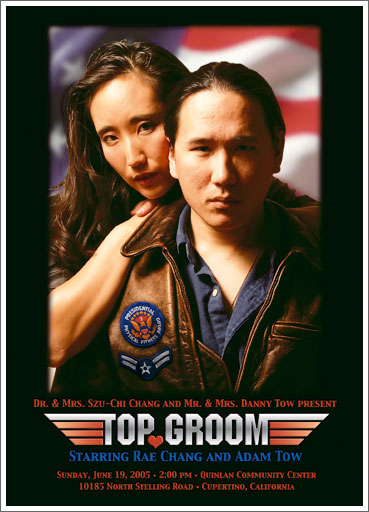 As we’ve already sent out ‘save the dates’ it seems to me that invitations are a rather pointless expenditure. Mr Brady pressed mute on me after that.

Eventually, after emerging from Pinterest in a haze of glory we found something that didn’t make us embarrassed to be in our own skin. Wording was very carefully chosen ensuring no accidental appearance of the words “boozeathon” or “party with mass” were used. I even got to exercise my poetic skills by writing a short verse which is I am quite sure makes me the greatest writer of our times, excepting Mr King of course.

The invitations arrived a while back now. When you’ve become accustomed to seeing your name scrawled in biro at the top of an invite instead of printed neatly as part of the “show”, it does take you by surprise I must say. A sure sign that yes you really are doing this! I must admit, though they’re tucked away neatly in a drawer, I can’t resist the urge to have the odd peek at them. They are dare I say it, really beautiful. Anyway, cough cough enough of that. Anyone need wood cutting?

Related Items
← Previous Story 27 Dresses…
Next Story → Wish you were where?