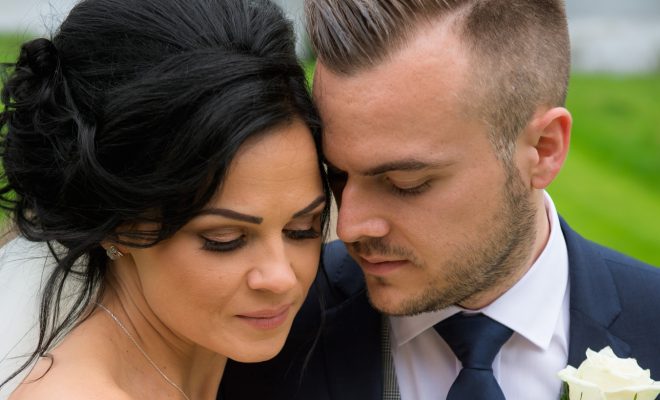 Irena and Conor really are a perfect match

Every bride can picture their dream wedding dress in their mind, but Irena Martinaityte was able to make that fantasy a reality.

That is because Irena creates wedding dresses for a prestigious London designer for a living, and was involved with designing her own perfect gown.

The talented bride, who is originally from Siauliai, Lithuania, wed Conor McCrory on Saturday, September 10, 2016. Their traditional ceremony, which featured an abundance of flowers, took place in Church of the Assumption, Tullyallen and was officiated by both Fr Hannigan and Fr Crawley.

First meeting each other in a bar in Liverpool Street, London in August 2010, Irena explained that it was the Dungannon man’s Irish humour that stood out to her at first – as well as his handsome looks. And after the pair began dating six months later, it was Irena’s willingness to let Conor watch all of the Super Sunday football games without interruption which ensured that they were the perfect match.

Together for more than four years, it was on a Summer vacation to Taormina in Sicily that Conor asked Irena for her hand in marriage.

“We had a few drinks when he made the proposal, and I remember thinking ‘it was about time’,” Irena smiled. “He couldn’t even get down properly on one knee as the Italian midges had eaten him alive!” She added, “He gave me a white gold engagement ring, with a diamond – a very classic look, I would say.”

And even though they didn’t plan for their big day straight away, there was only one wedding venue that they had their hearts set on from the very beginning – The Valley Hotel in Fivemiletown.

“I think what is key to a good wedding is having the reception close to the ceremony rather than having guests travel half the country,” Irena explained. “So we wanted to keep it local, especially since Conor grew up near Dungannon and was keen to have a wedding back home.

“We loved the Valley Hotel as we know the owners, the Williamsons well. We have always been very impressed with the facilities and hospitality of the staff. We knew it felt right to go with the Valley from the start.” She added, “We definitely wanted a traditional and classic wedding as both of us aren’t the fancy type at all.”

Perhaps unsurprisingly, Irena described her wedding dress shopping as ‘pretty easy’. “I work with and for Suzanne Neville who is a well-known wedding dress designer in London,” Irena explained. “Since I design and make designer wedding dresses for a living I had an idea of what type of dress I liked. I chose to wear the traditional colour of white on the day.”

When Irena’s big day finally arrived, she happily recalled feeling so excited about marrying the love of her life. “We enjoyed a very traditional service,” she described. “I would say it was very typical of an Irish wedding, and we brought some of our own personality into it.”

She added, “We were also lucky as it was such a nice, warm day – it was like it was Summer. The weather held up well.”

After enjoying a three-tier wedding cake of chocolate, Madeira and fruit, featuring decorative studs and stylish purple ribbon at their reception, the new Mr and Mrs McCrory danced the night away.

“We chose the Marty Fay band and we couldn’t be any more positive about how good they are,” Irena said. “They really got the party going, and from what I can remember, we stayed up well into the early hours of the morning.”

The 33-year-old concluded, “We had a great wedding – it really was such an amazing day. The weather, the ceremony and reception really even exceeded what we thought it would be like.

Although, despite how great it was, I think we are both relieved the wedding is completed. “There’s so much work that goes into a wedding, so I think I might put up with Conor for a bit longer!” she laughed. 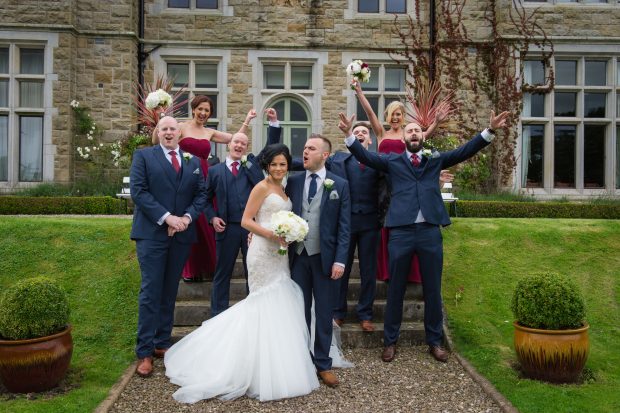