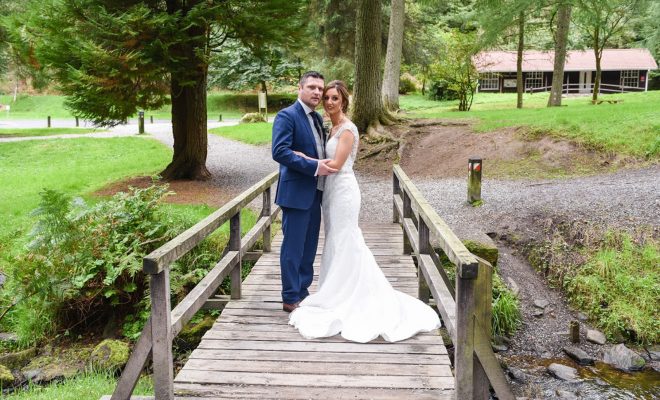 The beautiful Gortin Glens provided the perfect backdrop for photographs on Elair and Gareth’s autumn wedding day. Just as the forests were beginning to change with the seasons, the Ardstraw couple too were entering a new stage of their lives when they wed at the Silverbirch Hotel on September 8, 2018.

Perhaps there was none prouder of the pair than their two daughters, Lily-Ella and Lexi Watson, who played their roles as flower girls fabulously – and their radiant white gowns matched their mummy’s flowing ivory dress and the wedding flowers perfectly. Best man on the day was Clive Boyle, bridesmaids, clad in silver, were Aimee McDaid, Emma Scott and Gemma Kerr, groomsman was Kenny Allison and usher was Davy Allison.

The newlyweds’ wedding reception also took place at the stylish, family owned Silverbirch Hotel, located in the heart of Omagh. Elair (née Walsh), who is a hairdresser, explained that she has known Gareth, a hydraulic fitter, for ‘a long time’ as they both grew up in the same village.

They began dating in 2010, and it was in 2014 that Gareth, son of Mary and Mervyn Watson, asked the Ardstraw woman for her hand in marriage. He then gave her a glittering white gold ring, decorated with a stunning single diamond, which Elair simply ‘loved’. 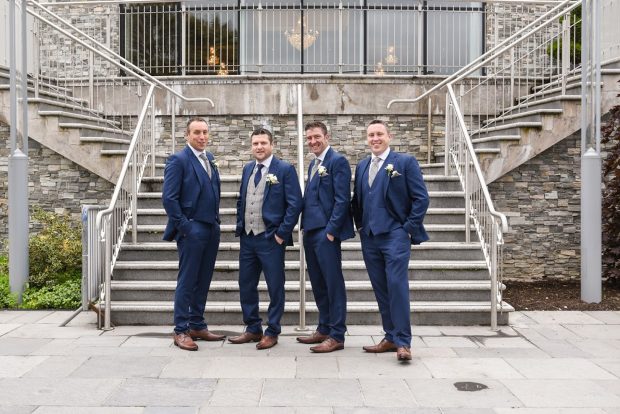 “Gareth proposed one night when we were at home,” Elair, daughter of Michelle, said. “I was happy and shocked as I wasn’t expecting it.”

Opting for a more contemporary approach, the pair decided to celebrate their entire wedding day at the ‘Birches’. “We liked how modern the hotel was,” Elair explained. “And because it was close to home, it was handy for all guests.”

Describing wedding dress shopping as ‘very good’, it did not take Elair long to find her perfect gown from McElhinney’s in Ballybofey. The dress, which featured eye catching sequins that sparkled in the light, also boasted a feminine open back design. “I knew it was the one for me from the first time I saw it in McElhinney’s,” Elair said. “I also just loved it the moment I put it on.” 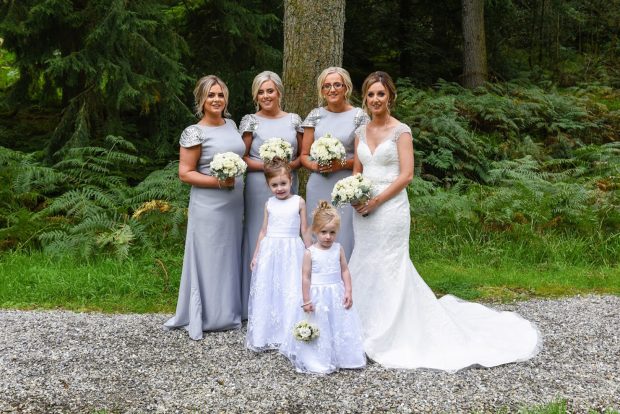 When the blushing bride’s big day arrived, she described feeling ‘a little nervous’, but thankfully the autumnal weather was on her side. “It was a good calm September day, with no rain,” Elair said. Whisked away to the Silverbirch Hotel in a stunning limousine, Elair recalled feeling ‘slightly tearful’ when she entered the wonderfully-decorated function room for the very first time.

“The ceremony was first class,” Elair said. “I enjoyed it all.” Musician Davy Kerrigan entertained guests after the service until dinner, and later, wedding band the Mr Men ensured that everyone partied the night away – including the new Mrs Watson, who stayed on the dance floor until 3.30am! “Our wedding day went well,” Elair said. “Everyone enjoyed it, and we couldn’t have asked for a better day.” 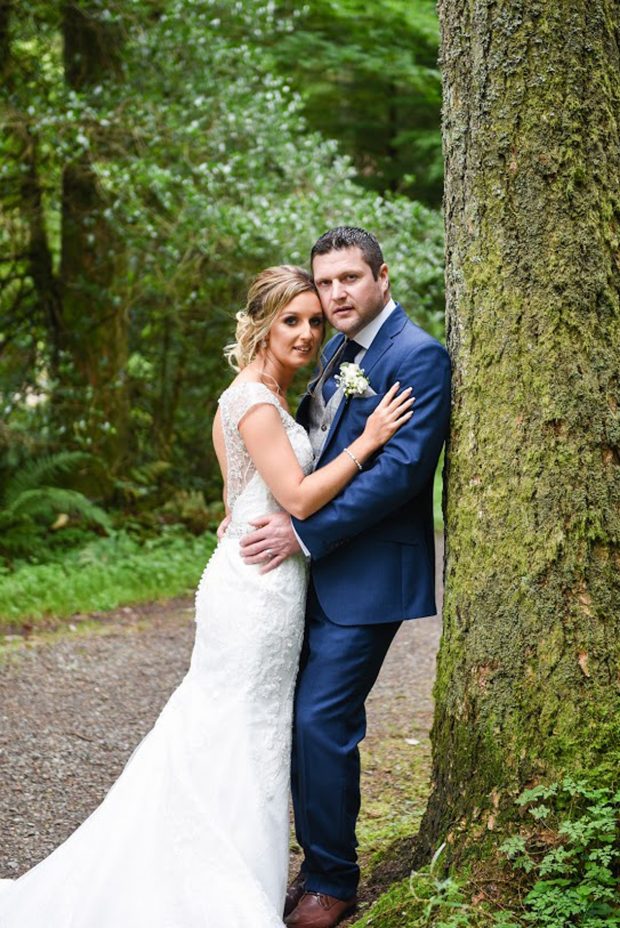 The newlyweds, Elair and Gareth enjoyed the serenity of the Gortin Glens on their wedding day which took place on September 8, 2018.

Related ItemscakeCeremonyengagementflowershotelmusicproposalreceptionringvenueweddingWedding dress
← Previous Story 10 Important Jobs That Are Perfect for the Mother of the Bride
Next Story → Be Prepared: 8 Crucial Ways To Avoid A Wedding Car Crisis