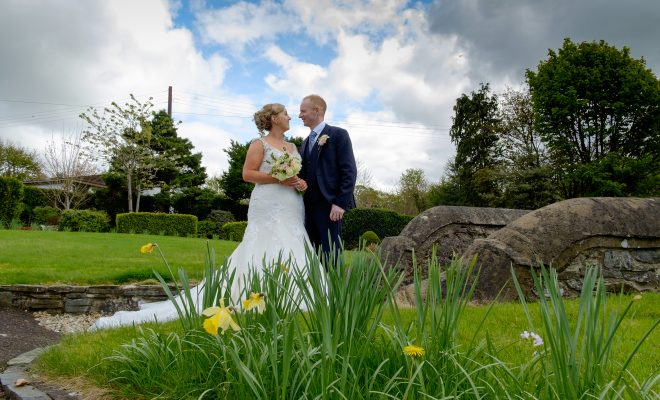 The pair, who are both proud parents to young son Seth, were wed by Fr Michael Doherty at St Mary’s Church, Melmount, Strabane on April 17, 2017.

Their wedding reception took place at the Silver Tassie Hotel in Letterkenny – an award-winning hotel which the couple chose for their big day due to its top quality food and service.

Fiona and Stephen first met as children, as Fiona’s father would pick the sporty lad up to take him to football training with her brothers. However it was in 2009 that the pair met again. This time, the Strabane woman was on a night out with a friend and Stephen was working as a barman in Christy’s Bar in the town. And it was after many months of meeting on nights out, and a few dates later that they were an official couple from September 1, 2010. 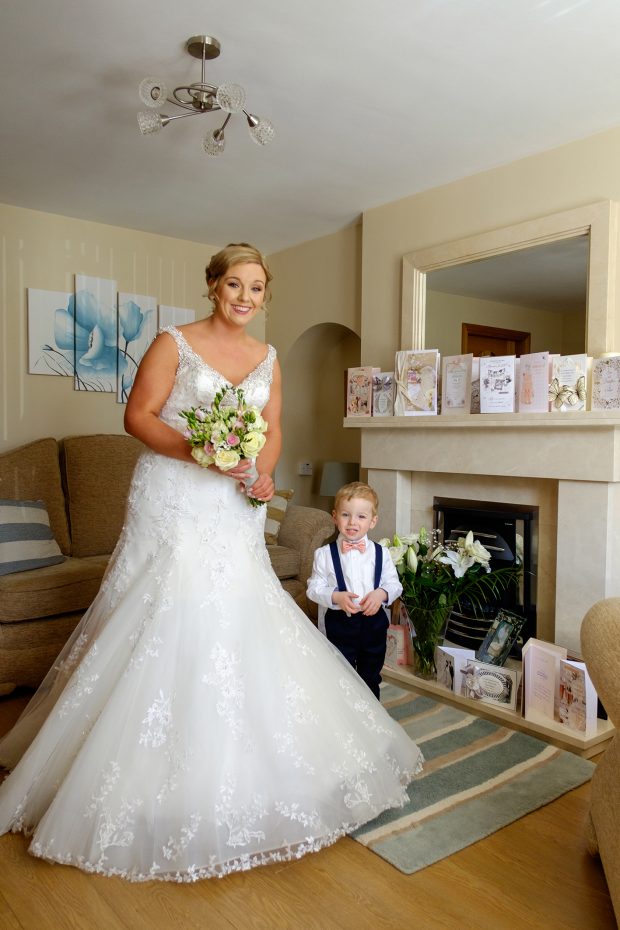 Fiona Conroy (née Conwell) is looking glamorous on the day of her wedding, alongside her beloved son, Seth.

“I love Stephen’s charm and wit,” Fiona, who is a primary school teacher, explained. “He makes me laugh, even when I’m trying to be angry! “Stephen is also quite relaxed about things, unless it’s to do with sport, which probably balances us.”

After the birth of their son, Seth on New Year’s Day 2015, Fiona decided to book a well-earned break away for the trio in the Clarion Hotel in Sligo on Easter Sunday of that year. The happy family spent the next day relaxing by the pool – but little did Fiona know that her life was going to change mere hours later.

“That evening, while having a drink in the lobby, Stephen handed Seth to me,” Fiona explained. “He was wearing a bib, with the all important question on it. Lucky for Stephen, Seth did the work for him so he didn’t need to get down on his dodgy knee!”

Stephen, who now works as an engineer, then presented Fiona with a white gold engagement band, featuring a stunning single diamond in the centre – a design which she simply ‘loved’. “I was shocked, surprised and very emotional,” Fiona reflected. “I couldn’t believe that Stephen could pull off a romantic proposal.”

Excited to plan for their big day, encompassing traditional and simple touches, the newlyweds-to-be had booked their church, venue, photographer and band by the end of the Easter holidays.

“I always wanted my wedding to have a pink colour scheme,” Fiona said. “As we had booked a Spring wedding, I wanted to incorporate flowers into the décor and invitations. “White roses have always been a favourite of mine so I knew the bouquets would have these incorporated.” 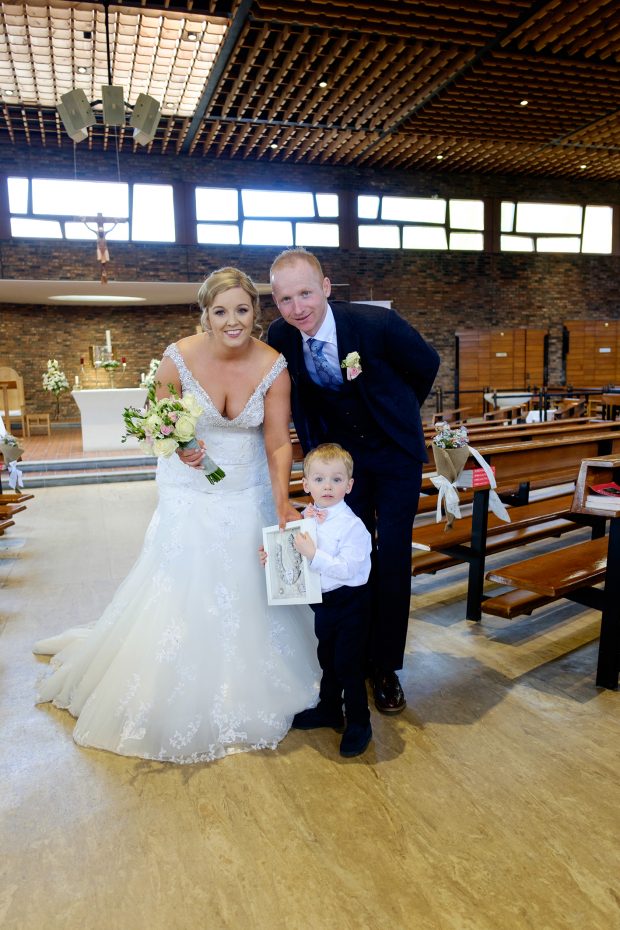 The new Mr and Conroy, celebrate their Easter Monday wedding alongside their son, Seth who is their pride and joy.

For Fiona, bringing her mum, Dympna and Stephen’s mum, Carmel along to help her find the perfect wedding dress made all the difference. “Shopping was always followed by lunch or dinner so they became nice, relaxed, fun days out,” Fiona said.

She found her perfect gown in the Bridal Showrooms in Derry. The Sottero- Midgley dress featured a fitted design with lace detail. “It had beautiful embellished shoulders and neck line and plunged in to V shape at the back that was embellished as well,” Fiona described.

“I absolutely love Eva Cassidy’s ‘Songbird’, so the words and the way it was beautifully sung by Bridgeen McManus made it extra-special,” Fiona reflected. “But my calmness reappeared once I met Stephen at the altar.” The newlyweds’ service was very traditional, family-centred and ‘just lovely’.

“Fr Doherty kept us very relaxed – laughing and joking with us throughout,” Fiona recalled. “I was so happy to see everyone as I walked down the aisle with my dad, and was proud to be Mrs Conroy by the end of it. “Our wedding was such a relaxed and fun day,” the 33-year-old concluded. “It went by so quickly, but I have to say we enjoyed every minute.” 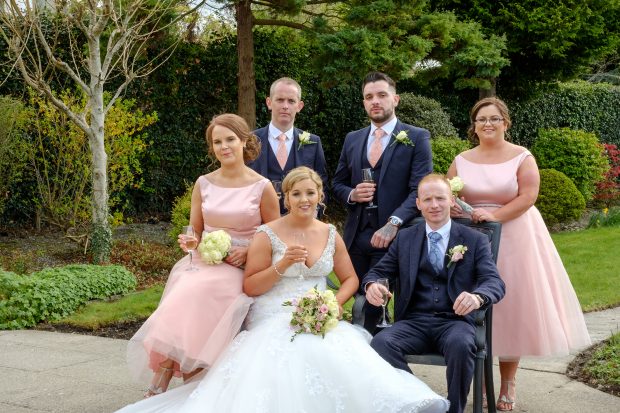