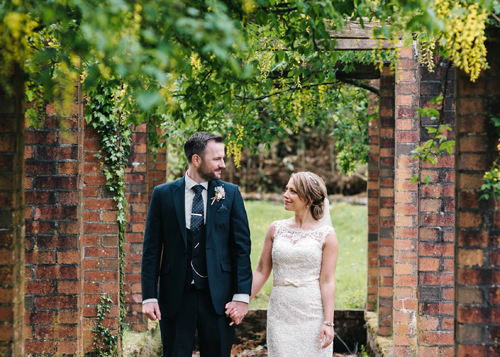 Leanne and Ruairi had the time of their lives 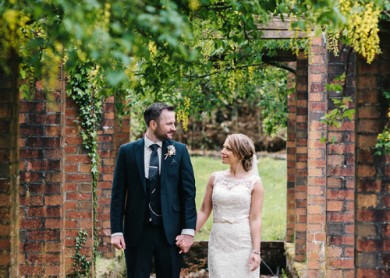 For Leanne Buchanan and Ruairi Mallon they really had the time of their lives on their wedding day when they tied the knot on a windy June day.

A special moment came for the new Mr and Mrs Mallon when their band The Rockits gave them a memory they could treasure.

“At the end of the night they got me and Ruairi into the centre of the room and the guests around us. They played Green Day, Time Of Your Life and actually said to our guests to join in as it wouldn’t mean much to them, but it would to us and it did mean so much”, Leanne explained.

“It was nice taking time to see everybody enjoying themselves – that stands out, as well as getting married!”

The couple got married on June 6 and although it wasn’t a ‘great day’ weatherwise everything else went according to plan, with the weather for the day actually turning out better than forecasted!

In 2010 the Omagh couple met in Sallys while on a night out, having never met each other beforehand.

A year later they both went over to Australia to work settling in Sydney for three years. It was there that the couple got engaged on December 7, 2012.

Leanne said, “It is just a completely different lifestyle over there.

“Ruairi proposed in our apartment. It was a complete shock. But he had done a lot of research into the diamond etc and planned to propose at the harbour, which was just at the bottom of our street. He had planned a picnic as well but the weather wasn’t great, then he got too excited and proposed in the apartment.

“Afterwards we went to an Italian restaurant down the street.

“There was a jazz band playing and they dedicated a song to us, Fly Me to the Moon. It was lovely and it actually became our first dance because we really didn’t have a song before that.”

So from Australia to Omagh the couple started to plan their big day. With two and half years to plan and still living down under, Leanne and Ruairi were grateful for the power of technology as they were able to book most things on the internet.

Leanne explained, “We had come home that Christmas and it meant we were able to set a date and book things that we couldn’t do away from home. We came back in October so it was just all the last minute things then.”

Leanne set one week aside to get her beautiful heavy lace detailed, vintage styled wedding dress. It suited the theme of the day which was modelled on a vintage style which the dusty blue, floor length bridesmaids dresses complimented.

It was no surprise that emotions ran high when Leanne’s father Gordon got a look at his daughter for the first time in her dress but at the reception he managed to spill the beans including ‘many stories’ of the bride ‘misbehaving’ in her younger years when he took to his feet to make his speech.

Leanne said, “Everything flew by and I couldn’t believe it when I looked at the time at 10.30pm and saw the buffet coming out. I just wanted to slow the whole day down”, she laughed.