Michelle Lester (née Burns) simply couldn’t hold back her tears of joy as she walked up the aisle with her father, while beautiful music filled her childhood church.

The pair first met through mutual friends one stormy summer’s day in Liverpool, the city where Michelle was living at the time. “We met in a Liverpudlian bar called The Railway, on June 14, 2013,” Michelle reflected.

“My friend Damian worked with Adam, and they were meant to go on a fishing trip but it got cancelled because of bad weather. “I had plans to go out shopping with another friend of mine, Bronagh. But when we heard Damian and his friends were in the pub, we decided to change our flats for heels and join them.” 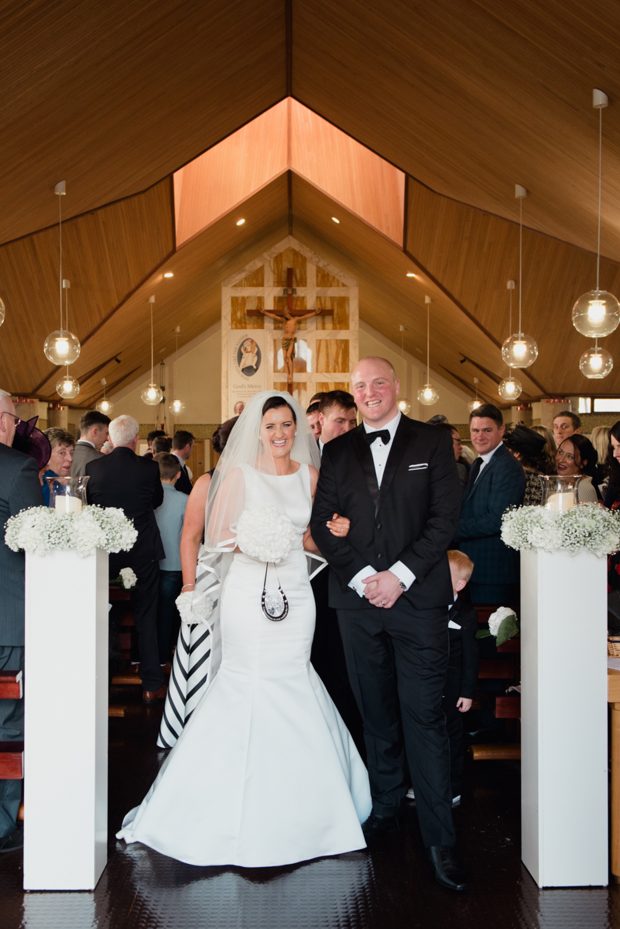 Michelle and Brendan Lester enjoyed an emotional wedding service in St Macartan’s Church, Trillick, which is the bride’s childhood chapel.

She added, “I think Adam and I liked each other from the start. I just knew he was a really nice fella and after a few dates I knew he was a keeper. “Adam said it was my blue eyes and smile that stood out to him most at the beginning.”

At Christmas time in 2015, Adam kindly asked Michelle’s parents, Bernie and Phil Burns for permission to marry their daughter – which they granted. Then, shortly after the dawn of the new year, the Warrington man surprising his love with a special proposal in England.

Whisking Michelle off to the historic Tatton Park in Knutsford, the pair walked around a glittering lake and stopped off at the end of a pier before Adam asked his girlfriend a question that would change her life forever.

Holding a box in his hand which contained an engagement ring charm from Links of London, he asked, ‘Is it a yes?’ “I had no idea it was going to happen – I was shocked,” Michelle reflected. “Adam kept on saying ‘call your mum, call your mum’, but I was in a daze holding my charm with a permanent smile on my face. “I really didn’t take it all in. Eventually I phoned my mum and it just hit me that I got engaged. There was a tear.” 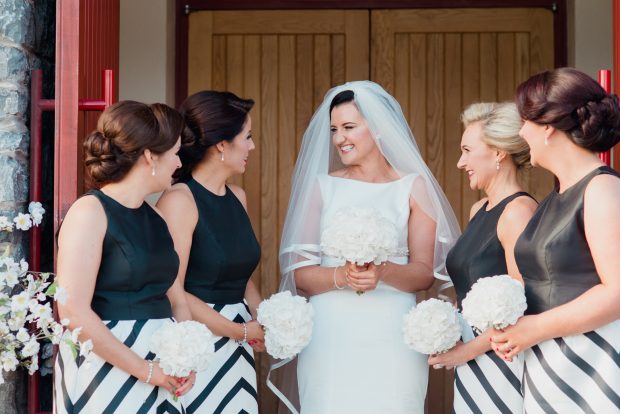 After enjoying a delicious lunch at a quirky bakery called ‘Mad Hatters’, Chester it was time for the pair to look for engagement rings.

Eventually, Michelle picked out a marquise diamond ring which featured a sparkling platinum band. “I just couldn’t wait to wear it,” she said. “It was four months later that I went back to get it re-sized.”

Then the couple were faced with a challenge – would they wed in Ireland, England or abroad? “Either way, one of our families would have to travel,” Michelle explained. “We settled on Ireland as Adam wanted to show his English family what a good Irish wedding is like. “He had been to a few with me before and could not believe the amount of people that attend Irish weddings.”

Describing wedding dress shopping as something she ‘really enjoyed’, Michelle had fun trying on every style of gown she could. And in the process, she learned which material and neckline which suited her best. Eventually she picked her gown from Simone’s in Sligo – the same store where her sister got her wedding dress from. The mermaid-shaped ivory gown featured silk material, a high neckline and fitted Michelle’s figure perfectly. “It was just gorgeous,” Michelle smiled.

When Michelle’s big day finally arrived, she described feeling both nervous and emotional – but her tears of happiness began to flow when she reached St Macartan’s. “Walking into the chapel with my daddy, I kept on saying ‘don’t cry don’t cry’,” Michelle recalled. “Then I saw everybody looking at me and heard the music, and that was the start. 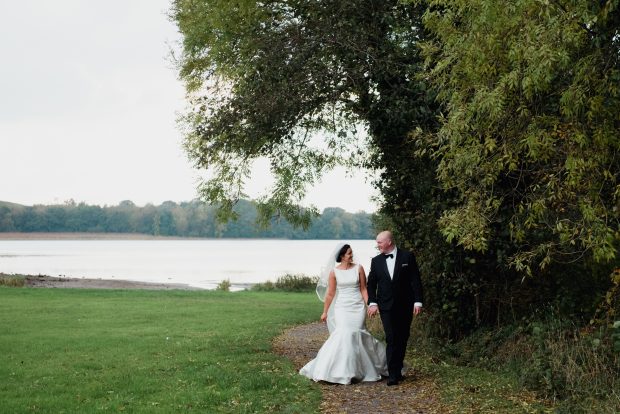 “The next emotional moment was when Adam’s granddad, Bob, who is 84, read the communion reflection. “He read it as if he had written it himself and said it with such warmth that he had a few guest crying as well.”

After their traditional ceremony, the new Mr and Mrs Lester were whisked away to their wedding reception in the Manor House, Fermanagh via a vintage car followed by the bridal party in a lovely vintage green bus.

Upon arrival, they were greeted with their gorgeous four-tier wedding cake, baked by her bridesmaid’s father, Seamus Doris. The cake featured black bows around each tier, and a unique marble tier which included vanilla, chocolate, lemon and strawberry flavours all-in-one.   “It was gorgeous,” Michelle said. “I showed Seamus a picture and as if by magic he made the exact cake.”

Then the newlyweds, alongside their 210 guests, danced the night away to wedding band, The Rockits. “My wedding day was just perfect,” the 35- year-old concluded. “I wish I could do it again.” 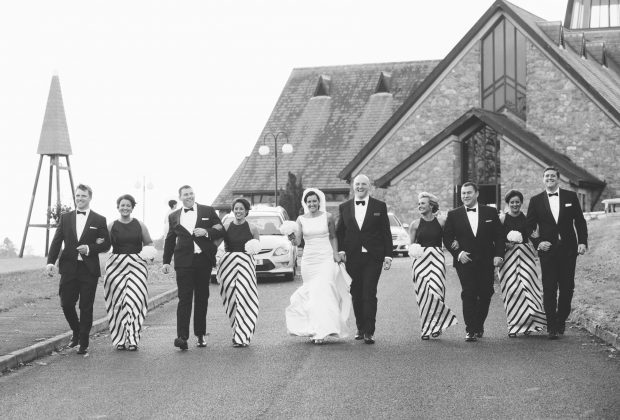