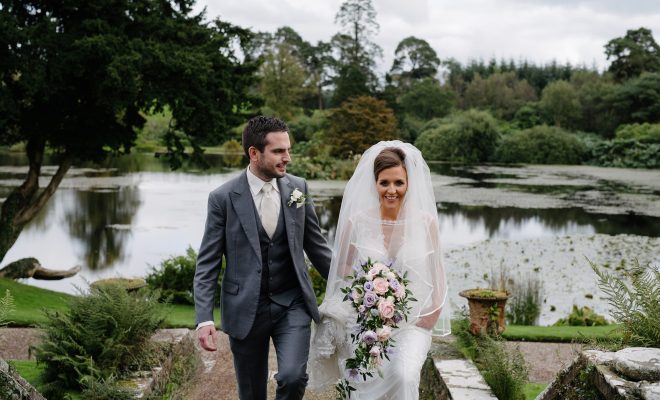 Music, love and laughter fills wedding of Michelle and Philip

A proposal beside the historic Trevi Fountains in Rome transformed, fittingly, into a beautiful travel-themed wedding filled with music, love and laughter for Michelle McNelis and Philip Gormley.

The pair were wed at the Church of the Immaculate Conception, Beragh in a ceremony performed by Fr Seamus McGinley and Fr John Kearns on September 22, 2017.

Their wedding reception took place in the Cavan Crystal Hotel – a place the newlyweds chose due to its newly- refurbished ballroom and fairytaleesque chandeliers. 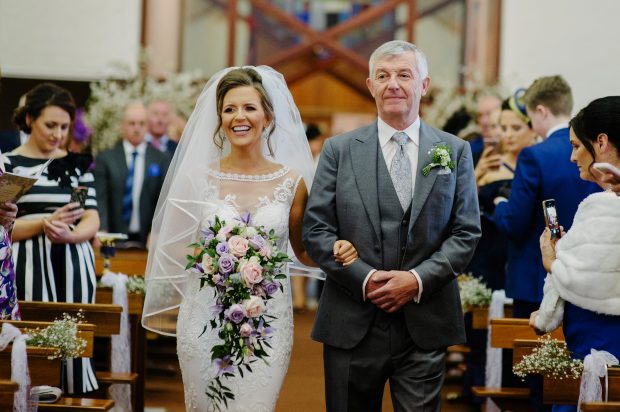 MIchelle was all smiles on her wedding day, particularly when she walked up the aisle with her father, Michael.

Michelle, who is a speech and language therapist from Beragh, first met Philip on a night out in Sally’s in Omagh in September 2010. “I had just returned from a week in Santa Ponsa with friends and we decided to continue partying for one more night,” Michelle explained of their first encounter. “Philip was on a night out with his twin brother Mark and another few friends.

“I like that Philip is thoughtful, level- headed and that he puts everyone else before himself.”

Together for six years, it was during a romantic holiday away to Rome that the quantity surveyor from Belleek, County Fermanagh got down on bended knee. “We were on a Mediterranean Cruise in 2016 just before I turned 30,” Michelle said. “Philip hadn’t slept well at all for the first few nights, but I put it down to the fact he’s not the biggest fan of water. “Little did I know he had hidden the ring in his inhaler box!”

Standing by the ornate Trevi fountain, a famous feature of Italy’s capital city, Philip presented Michelle with a glittering three stone diamond platinum ring which she loved – even if it was three sizes too big to start with! “I genuinely was so shocked, mainly because everyone was predicting it and Philip threw them off the scent at every opportunity,” Michelle reflected. 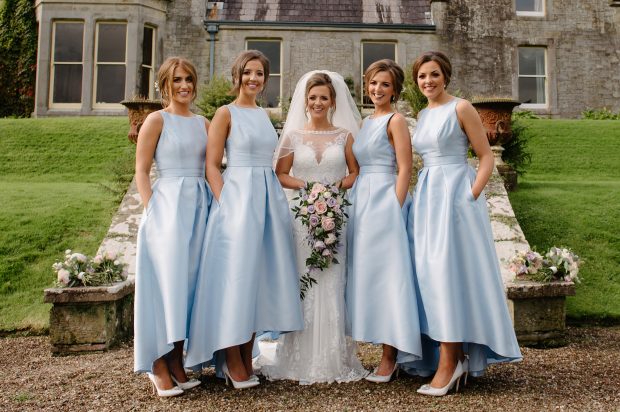 The pair started planning for their wedding straight away – and there was no better way to do it than by relaxing on sunbeds and sipping on mojitos. “Philip and I have done a fair bit of travelling and so decided to go for an adventure theme,” Michelle described. “Our invitations were in the style of postcards, our cake was made to look like suitcases and each table was named after a place that meant something to both of us.” She added, “We combined the traditional elements of a wedding with quirky modern features, such as cocktails when our guests arrived and an undercover singing chef.”

Describing wedding dress shopping as something she ‘really enjoyed’, the Beragh woman visited five places in total, but her heart was set on a dress spied in Omagh which she fell in love with at the very beginning. The feminine mermaid-shaped number featured modern lace and boho styling. “It was also very easy to wear which was important to me as I really wanted to be able to relax and enjoy our big day,” Michelle described. “I had my mum and two sisters with me and they all loved it straight away.

“The bridesmaid dresses were shorter, and they had a dip hem style with pockets. The girls all loved their dresses from the first time they tried them on.” 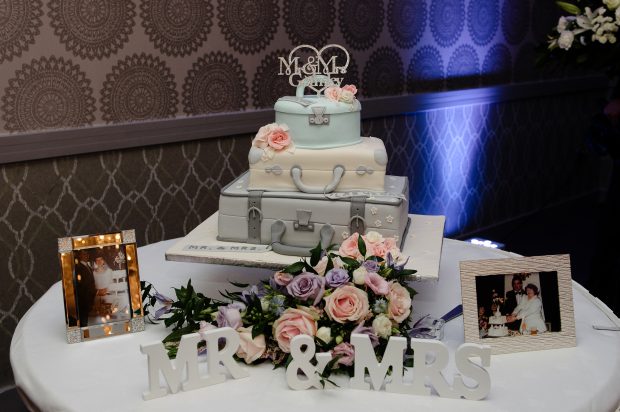 Michelle and Philip’s wedding cake was designed with their theme of adventure.

From the moment Michelle woke up on her big day until she left the residents’ bar at 5am she simply ‘couldn’t stop laughing’. “My jaws were aching from smiling all day,” she said. “I think Philip was more nervous than I was during the day, which is not usually the case. I’m quite an emotional person so thought I would be crying at every turnaround, but my day was filled with laughter.”

Michelle said that Fr McGinley and Fr Kearns both had a way of making people feel at ease by cracking jokes throughout the relaxed wedding ceremony. “I partly blame them for why I laughed so much in the chapel,” Michelle said. “But the music was also such an important element of our day, and it was made even more special by the fact it was performed by my three very talented cousins: Brian, Louise and Ciara McNamee.

“Our favour was a DVD soundtrack of our day, which included some of the songs from the Mass, our entrance songs to the ballroom, our first dance and my father-daughter dance. “I know everyone says it but our wedding day was honestly the best day of our lives.”

And what is Michelle’s top wedding tip? “For anyone who is planning their big day, try not to get stressed about the little things,” she advised. “Enjoy the lead up, and savour every moment of the day itself because it really does go far too fast.” 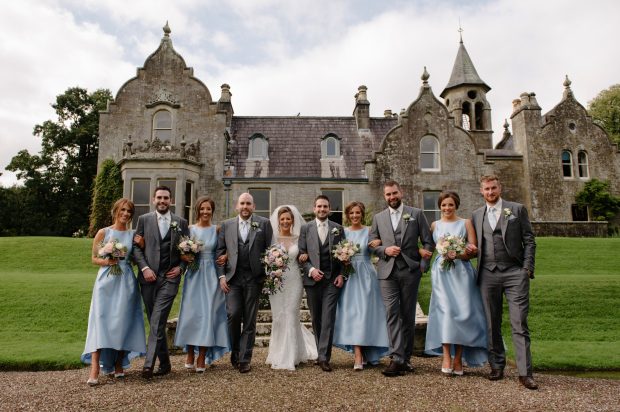 Michelle, Philip and their bridal party at Tempo Manor.