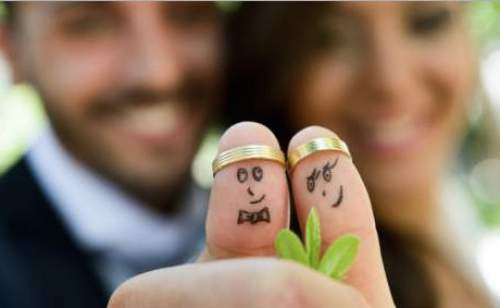 So Thursday past, the first of October is our official one year “engageaversary”. As I write this, with the mist rolling over the Irish countryside, I find myself hoping that it is really mist and not a nearby barn fire, I am keenly reminded of this time last year when I was roasting in a two piece in sunny Florida, a new piece of jewellery on one hand and a glass of bubbly in my duller but no less valuable other one. Good times.

The weeks and months and indeed the year since then have whizzed by with alarming speed. Like a five year old looking forward to Christmas I find myself playing mental games such as ‘only the time it’s been since I got engaged again and it’ll be my wedding day!” I am sorry for being a child and I am definitely sorry for mentioning the c-word. Hate mail on a postcard please.

As the time slips by, we’re finding ourselves thinking about the smaller details that need to be thought about – and of course paid for. In this line of thought, and because we were a little bored, one recent Saturday, we took a notion to put a deposit down on some wedding rings. We had idly glanced at this world of jewellery at some wedding fayres earlier in the year and we realised then that we had, truth be told, not an inkling of anything resembling an idea about the whole wedding ring business. Obviously, Mr. Brady in his hunt for the engagement ring had got a little head start on me and so he knew slightly more about the whole thing than I did which still wasn’t much.

I should make it clear that I am not a jewellery-loving girl. I’m still not exactly sure who or what Michael Kor is or why I should let him tell me the time when I have a perfectly good phone in my pocket being scratched by loose brown change. Metals are for welders and carats are for rabbits as far as I’m concerned. I have only recently gotten used to wearing my engagement ring and I don’t imagine I’ll be able to resist the urge to play with it until I am drawing my pension. The problem is that while I enjoy looking at jewellery, the way the diamonds glisten under all those lights, once I put it on me I feel not unlike him from ‘The A-Team’. Hate mail will be directed at those too young to remember this show.

So, feeling that there is something inherently wrong with my DNA, diamonds supposedly being a girl’s best friend and all that, we presented ourselves to a jeweller’s. Seeing no wedding rings on display, we asked an assistant, if we could see some of their collection. We were promptly and alarmingly told to go to a back room that was, when we stepped into it, dark as night. In that brief second before the light was switched on during which I did wonder if I was about to be murdered. I pity the fool who gave her life in the pursuit of jewellery.

Lights on and fear of personal safety diminishing, we met a very knowledgeable and certificated jeweller who proceeded to present us with seventeen thousand different rings. Of course, Mr. Brady had his picked in a nanosecond. I however, was a different story. Overwhelmed doesn’t quite describe it, overwhelmed is something I feel at the cinema pick n mix – that little paper bag and only one spoon girls am I right?? No, this was something else. As I tried on ring after ring after ring, I found myself becoming completely and utterly bewildered – kind of like the way I do in technology shops when I see Mr Brady spending thirty quid on yet another wire. What are they all for???!

I was about to ask the jeweller how many wires he owns when I spotted it. In the middle tray, fourteenth from the left was a really beautiful ring that I could see myself happily wearing without feeling like Mr. T. I swore I heard a faint “my precious” but that might have just been me doing my best Gollum impersonation and frightening strangers again. On it went with engagement ring on top in the manner I’m told is correct and my finger and my face lit up like a Chris-, well one of those trees you put up around December. Side-stepped that one, phew! 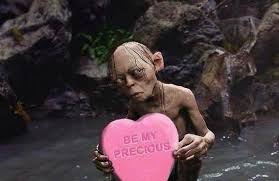 Rings picked, deposits paid, that’s one more thing crossed off our list. Next up, honeymoon! My precious indeed!