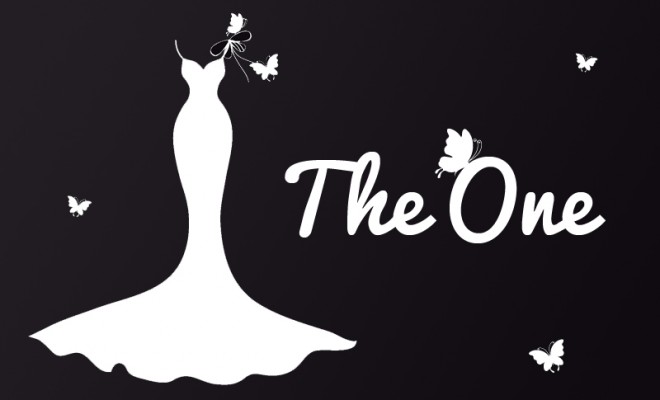 So last week James suited up and decided on his look for the big day. This week it is Catherine’s turn. She finds ‘The One’ on her dress hunt weekend. Over to Catherine…

I am going to be talking about “the Dress”.

I am going to share something with you all, and this will be this first time James learns about most of this!
I have always planned to have my dress made for my wedding, and I never planned to spend a lot of money on it. There are so many options online I was 100% sure that was the way I was going to go. I had gone so far as to get a seamstress’s number to get all the perfect measurements. I had found the dress that I had settled on! I was really happy, the reviews on the page were awesome, plus I was getting a complete bargain!
I had heard from so many people that you will end up going for the totally opposite dress style as you think. Things don’t always suit the way you think. I guess I wanted to cover all my bases so I found another website that did fancy copies of dresses for in and around £100. I decided to go for it. I bought myself a “just in case dress”.

I was all set. Then my sister sent me a message saying she was going to be home in a few weeks, and she’d booked us into two Bridal shops to try on dresses. It was the same weekend as the Quirky Weddings Alternative wedding fair. It was all set to be a great girly weekend!

On the Friday night my mum picked me up and we made our way up to Belfast. Ciara was flying in from England on Saturday morning at 7am, and rather than having to get up super early we decided to stay in the Maldron Hotel next to the International Airport. I have to say it was a big surprise! Fantastic staff, great sized rooms and free parking!

Anyway, Mum and I settled down and attempted to get as much sleep as our excitement would let us! At about 5.55am Mum decided to text Ciara and see how she was getting on in the Airport. 2 minutes later and the phone rang. Ciara had just woken and was still in her hotel, her flight was closing in 35 minutes. Next thing Ciara was off the phone and we had no idea as to whether she’d make her flight or not. We began searching for the next flights we could get her on and found nothing. Then we started talking about making our way over to see her. 30 minutes later and another phone call. She was through security and in the queue for her flight! Panic over you may say… well no. Us Morris folk don’t make it easy for ourselves! Next thing we got a text, “queued for wrong flight. was going to Barcelona.”

Another few minutes and another text,

At this stage mum and I are ridiculously relieved but still a little bit on edge. An hour and a bit later Ciara arrived into Belfast International and there are tears all around!

We made our way to the Beautiful Angel Star Bridal shop on the Lisburn Road. We were meeting Cathy, one of my bridesmaids, there (unfortunately Nuala, bridesmaid no.3, couldn’t make it over, but she is coming to visit soon, so I am super excited to see her!). The girls where lovely and the room was just incredible. The dresses were beautiful! I had the chance to try on three gorgeous dresses over my 1 hour 45 minute appointment. 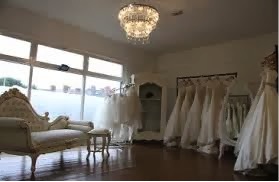 Now brides to be, I am going to be totally honest. Although the dresses were absolutely stunning, I just didn’t feel like they were for me. I felt like I was dressing up as someone else being a bride. The girls oo’d and ahh’d and I tried on veils. I’m not great with being the center of attention at the best of times, but not feeling like myself, I just freaked out a little bit. I ended up having to rush myself out of the dress. The panic attack took over. Apparently I may have even snapped at the rest of them :S

So once we had left the shop and got me a bottle of water I was back on form! I had managed to clear my head and realised that this was just another shopping day where I got to try on pretty dresses and twirl around!

Off to our next stop! We made our way over the Pronuptia. As soon as I walked in through the door it felt special. Even though there were a few other brides in the shop, it didn’t feel like we were all in each others way. Everyone was so engrossed in their own groups no one had a chance to have a look at the others! 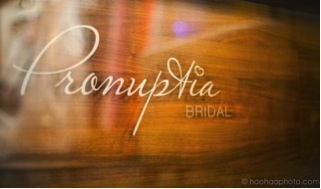 I was greeted by the lovely Lynn and went straight to look at some dresses. Lynn was just fantastic! I felt like it was one of my friends helping me in and out of stunning dresses that I felt comfortable in.

Now I am a big girl, so no shop is going to have samples in that would fit, it just wouldn’t make sense! Thankfully Lynn clipped me into each of the dresses. It was just a fantastic experience. And then in the third dress I tried on I felt it. The feeling that nearly every bride that I have spoken to says they have felt. Before I even looked in the mirror I knew it was it.

The One. My Dress.

And then I walked out into the room. I don’t know whether it was my face, they felt that my vibe had changed or if the dress was just that gorgeous, but the girls all had tears in their eyes. That was it. I was buying my dress, in the most amazing shop, with friends (including Lynn) all around me. Even Jacqueline the fabulous owner of Pronuptia came over and recognised that it was the one.

So I had headed to Belfast expecting to have a girly weekend and I was 1 day in and I was paying my measurements deposit! I just didn’t think it would happen.

So now it will be 6 months until I see my dress, thats 2 months before the wedding! It’s really going to fly!!!

Yey! J We can’t wait to see it. Such an amazing insight into one of the most exciting shopping trips any girl will go on. J Next week we have a bit of quirkiness heading our way in the form of the Quirky Wedding Fair mentioned before. Looking forward to it. 🙂