Painting the Town (or Wedding) Red!

With only 5 weeks to go our blogger Vanessa Pope is finding her ‘To Do’ list is getting longer rather than shorter! The dreaded table plan is done, on to the new challenge…wedding decorations.

I talked last week about embarking on the mammoth task of completing the dreaded seating plan. Well, the seating plan is as complete as it ever will be and we have done our best with it. We wait with bated breath to reap the whirlwind! Ah no, I’m only joking, I’m sure it will be grand. I really must get used to saying that over the next five weeks. Yes, that’s FIVE as in one less than six and one more than “Oh dear holy God and all the apostles and Mary, Joseph and the wee donkey too we’re getting married in FOUR WEEKS”. Ah, it’ll be grand.

Once the table plan was done, we suddenly realised that next on our list of things to do are decorations. Turns out, we’ve been letting a few things slide, table names and place names that sort of thing. Speaking of lists how is it that as I tick things off, the list somehow gets longer? It may be someone’s idea of a hilarious joke but whoever is doing it can cut it out now – we are not amused!

It’s my own fault really. I’ve had a great summer so far doing many things that involved less wedding planning and more wedding partying. It’s been the summer of the hen party and I’ve had myself quite the little ball but now it’s time to get serious. How on earth do I expect my wedding to be a success if I don’t even have chair sashes? I mean it would be an abomination!

Yes, some of the questions I find myself pondering these days are frivolous but they do nonetheless require attention. The decorations are where you get to make your wedding ‘your own’ especially if you’ve just adhered to the formalities of a church ceremony. So, where’s a girl to start? Where any girl starts of course, the vast and hour consuming treasure trove that is Pinterest of course!

Obviously, I have discussed some of the larger decoration aspects with our planner – despite popular opinion, I’m not a complete ninny! So too have I a healthily pinned Pinterest board full of amazingly beautiful decorative touches – much of them expertly homemade. Turns out, I haven’t actually visited my healthily stocked board for many months. Let’s just say, many, many months ago when I was starting out on this road, I was planning myself quite the well decorated wedding! Fairy lights and lanterns, mason jars and glitter, does anyone even know what a mason jar actually is by the way? You name it, I was planning it – my wedding was going to be more tacky than Las Vegas at Christmas! 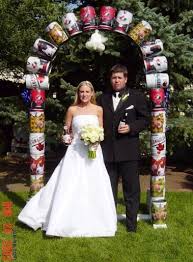 So many home crafts had I planned that would have had to mortgage my house just to afford the glue. Such was the level of painstaking detail I seemed to be prepared to go to, I would have had to abstain from showering or eating for several long months just to accomplish the half of it! 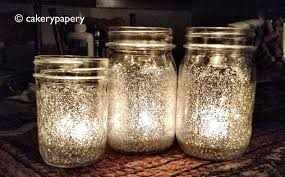 Ah but that was many moons ago when I was only a newly engaged pup, I’ve learned so much more since then. Mostly I’ve learned that my reception venue can’t actually hold that particular volume of fairy lights and that even the simplest DIY job leaves me in tantrums. Most of all however, I’ve learned that anything that can be made can also be bought and quite often at a fraction of the price. Yes, the personal touches to add something – and some of those pins have survived to see the light of day, but I’ve discovered something that the running out of time brings along – perspective. Suddenly, the glitter jars don’t seem so important! Nor do the delicate crepe paper butterflies we were going to hang from the trees – as Mr Brady so eloquently put it “a couple of rolls of toilet paper will be the same job”. Nice. 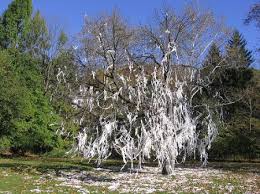 So that’s where we’re at. Loo roll debacle aside, we’re ticking things off that list at a steady little pace and it’s likely that the list will be burned with enthusiasm the day before the wedding. The reception venue will be decorated to an acceptable standard in a way which will not arouse the interest of the environmental police. We’re happy enough to have closed our Pinterest tab and to be focusing at last on what really matters – enjoying the five week run up to our wedding! The nerves are kicking in girls! Say it with me: it’ll be grand!