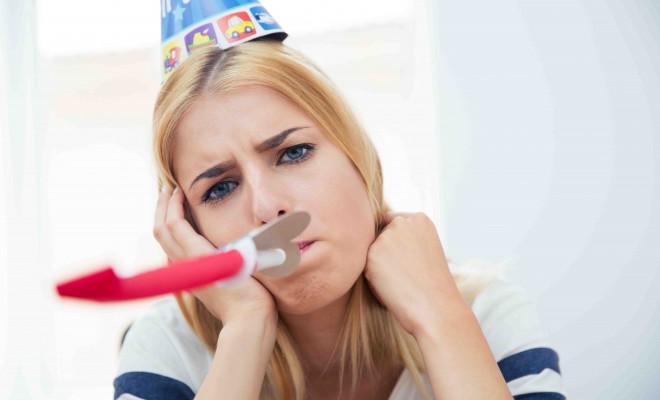 Party On? Party Off!

So, after gulping our way through what seemed like sixty-seven thousand gallons of delicious, healthy and obviously completely calorie, carb and sugar free champagne, the Steven and Nessa ”We Are Engaged” World Tour (of Donegal) 2015 was finally at an end. The next logical step, or so we were told, appeared to be the throwing of some kind of night-time party to formally mark the occasion. I call it a ”night-time party” rather than an “engagement party” because I find the idea of throwing yourself a party and calling it an “engagement party” to mark your own engagement bum cheek clenching embarrassing.  There are several dozen reasons for this many of which could quite easily see me spend several hours on a therapist’s couch but that’d be opening a whole other can of worms!

Now let’s be clear, I had nothing whatsoever against trying to find out if there was even any champagne left in the greater Letterkenny area, nothing whatsoever. I’m nothing if not a girl who loves a challenge after all!  The issue I had was doing it under a banner reading ‘happy engagement’ that made me want to crawl into a dark hole and never be looked upon by any living creature ever again. ‘Night out’, ‘celebration’, ‘party’ or even a good old fashioned though perhaps slightly less classy ‘on it til we vomit’ were all perfectly agreeable titles for the proposed evening in question. The problem with calling it an ‘engagement party’ was that it sounded so official and formal. In case you haven’t yet guessed, I have issues with ordinary adult behaviour – for more information please see blog posts 1-3.

It’s not like I haven’t been to engagement parties. Despite my out-there-for-everyone-to-see it-awkwardness, I have been invited to several and they’ve always been fun, informal shindigs. The ring gets passed around and people (women) gush and coo. Slaps on the back are given and people (men) get told to start saving. It’s all great fun and nobody loses an eye.  Why then was I having such a problem with the idea of having one for myself? Well, here’s what my therapist said – the thing about being a weirdo is that you went and attracted another weirdo partner. The two of you together are so weird that you have achieved a level of ultimate weirdness never before seen in the history of the world ever. Your weirdness is such that both of you are so severely allergic to social and formal occasions that any interaction you have with such events will render you both actually dead. Okay so I made all that up. I don’t even have a therapist – how awkward would that be?

Steven and I were of the same mind, our other one being in the cleaners that week. See, that’s a really weird thing to say, right? We both agreed that an engagement party and any associated awkward gift-receiving were to be avoided at all costs up to and including one million dollars.  We thought about throwing one and then not turning up but we worried that might seem rude. We considered appearing via 3D projected hologram but worried that might seem big headed. In the end, when we had completely run out of ideas on how to have an engagement party without having an engagement party, we ended up going for a couple of drinks with family and friends and then without our even noticing, that kind of became our engagement party. We received gifts and they were as wonderful as we were grateful. The ring was passed around, backs were slapped and everyone had a merry old time. As it turned out, Donegal did have some champagne left and for that matter, Sambuca.

If you’re wondering how we’re going to survive the formality of a wedding, then you aren’t alone as we’re wondering that too. As I figure it, we’ll just have the wedding and call it something else. Possible substitutions I’ve considered include ‘Suit Up Party’, ‘Mass with Drinks’ and ‘Gran Fiesta’ which means ‘Great Party’ in Spanish. We have however decided to steer clear of ‘On it til we vomit’ though, at least on the invitations….

Follow Vanessa’s trip up the aisle every Thursday on www.north-westbrides.com

Related Items
← Previous Story Vanessa Pope and the Silence of the Ring
Next Story → Pinterest Sminterest!