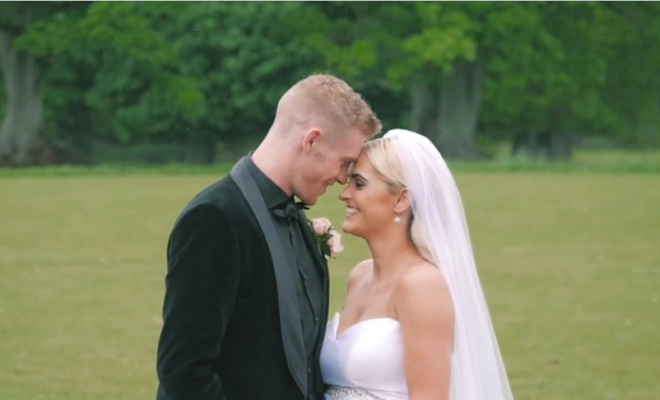 It was a day to remember for premiership player James McClean and his bride Erin Connor when on the 20th May this year they tied the knot at St Columb’s Church, Chapel Road in the Waterside, Derry.

James, who plays for West Bromich Albion and the Republic of Ireland, will be featuring in the 2016 Euro Championships in June against heavyweights Belgium, Italy and Sweden.

Having met 6 years ago, the couple have two gorgeous children, Allie Mae who is two years old and James Junior, who is eight months old.

Thanks to Simba Star Media (check them out on Vimeo) we have exclusive footage of the couple’s big day.