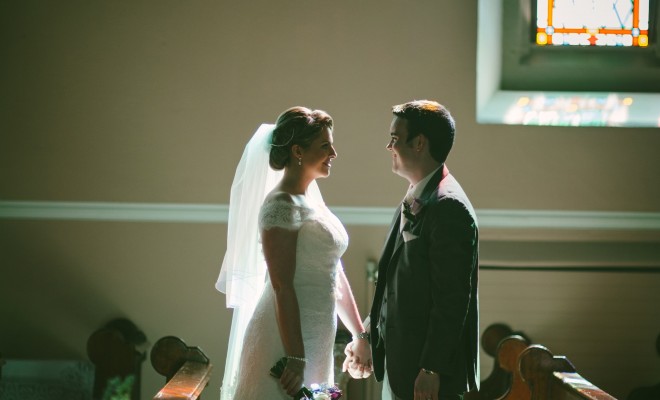 A PROPOSAL beneath the Brooklyn Bridge followed by a Game of Thrones themed wedding reception added a quirky twist to the recent marriage of Andrea Mullan and Joseph McQuaid. 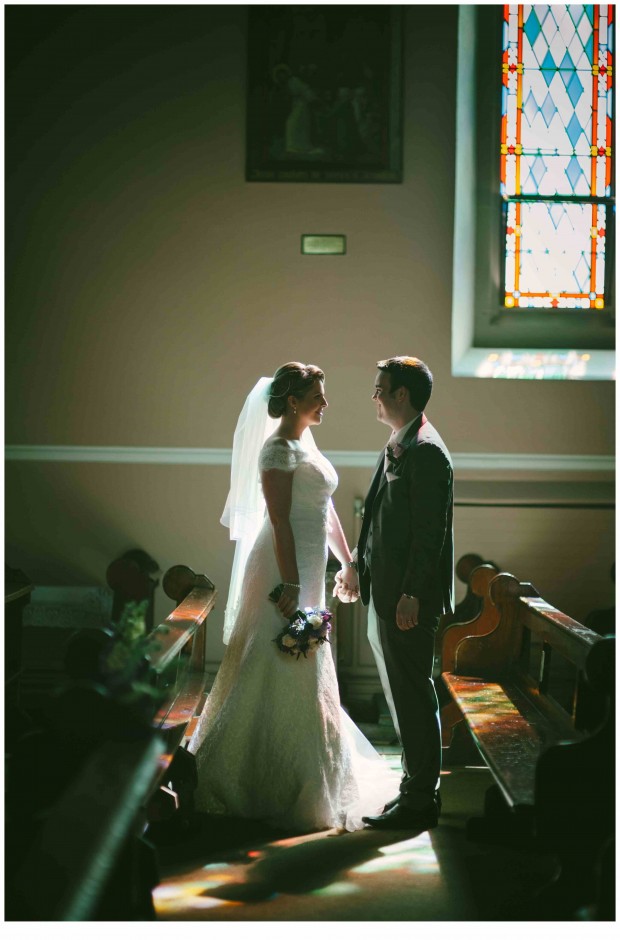 Now living in the Isle of Man local couple Andrea and Joe first got to know each other over a decade ago when Andrea made friends with Joe’s sister Anne at the Loreto Grammar School in Omagh. About six years after that Joe soon realised that his sister’s school friend could be something much more and they became a couple.

As the relationship developed it was a romantic trip to New York which sealed the deal. As Andrea explains the move came as something of a shock to her, “I didn’t have a clue. We were sitting under the bridge and Joe proposed as we were eating ice cream and overlooking the New York skyline.” 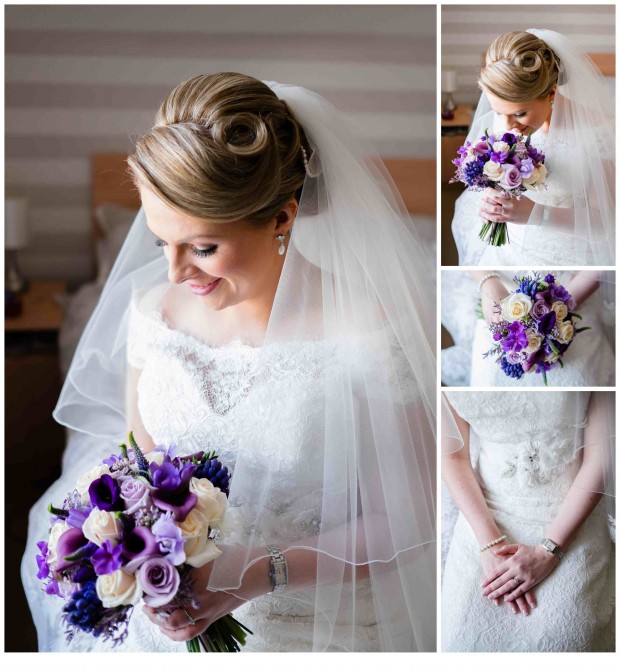 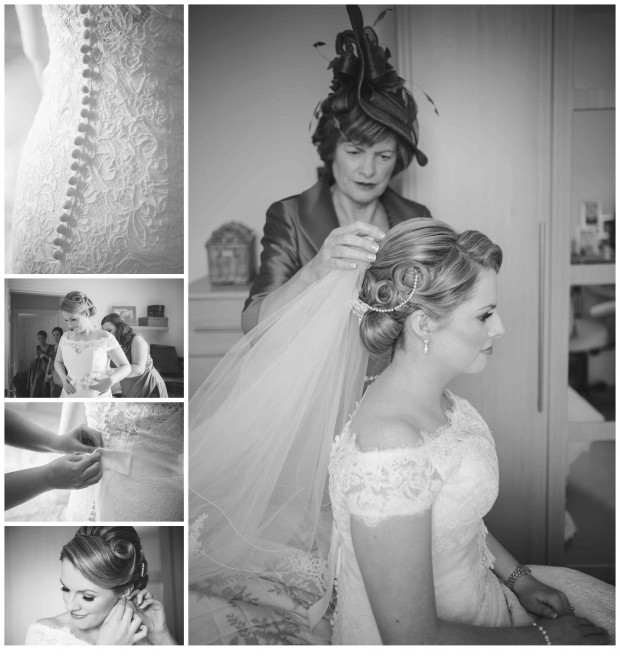 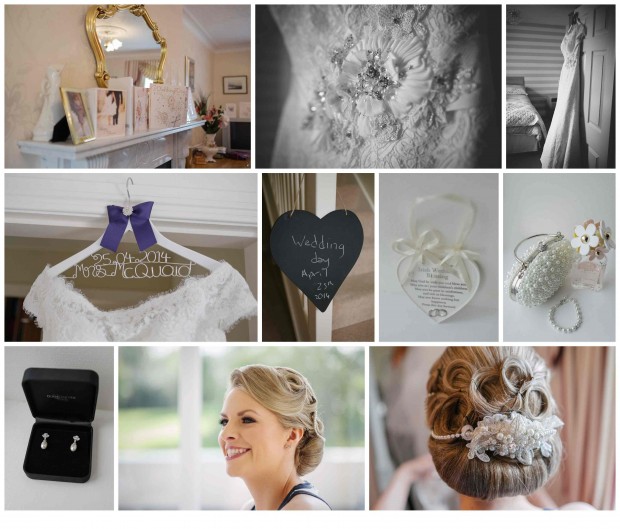 The stunning floral bouquets were created by Floral Temptations and carried the colour theme with lavender, lilacs and blues proving just perfect for this spring wedding. 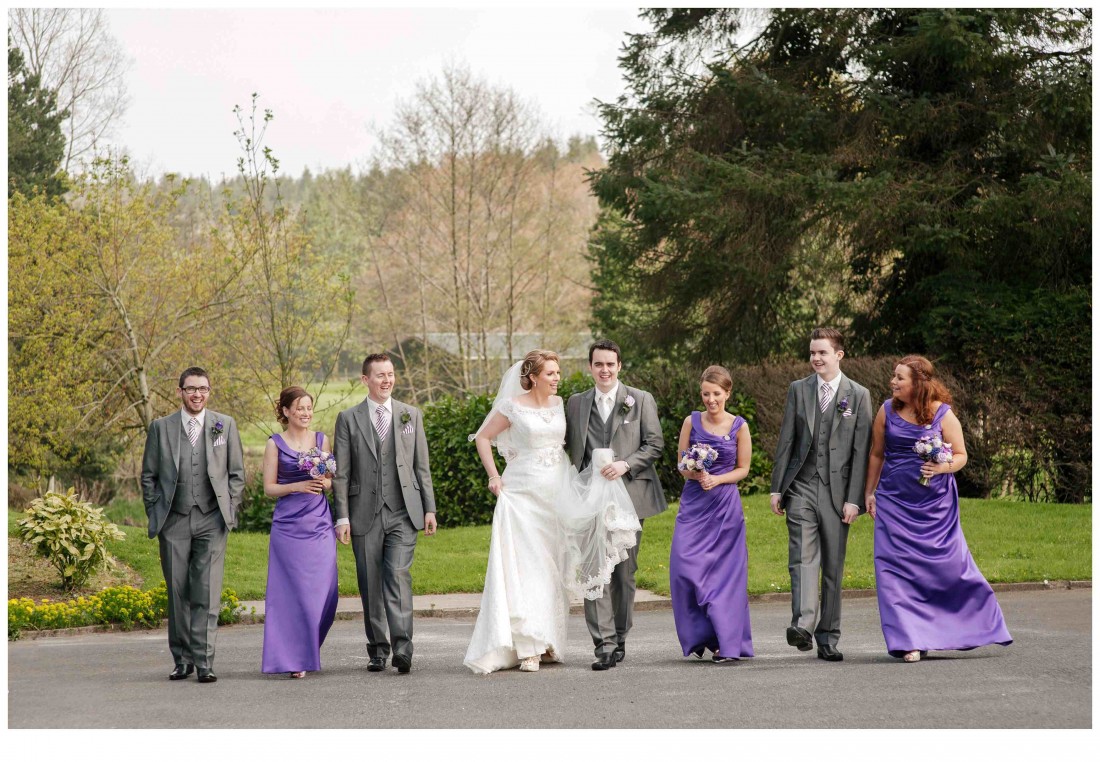 The wedding ceremony took place in St Lawrence’s Church in Fintona. And their wedding day was made extra special by the fact Joe’s uncle, Canon Shane McCaughey conducted the service. He was accompanied by Father Moore and Canon McKenna, parish priests at St Lawrence’s Church.

“Neither of us were really that nervous on the day. We both felt excited and everyone said we were very relaxed”, Andrea explained. “The service itself was lovely and so personal to us”.

The beautiful grounds of St Lawrence’s Church provided the setting for the bridal photographs by Jude Browne. 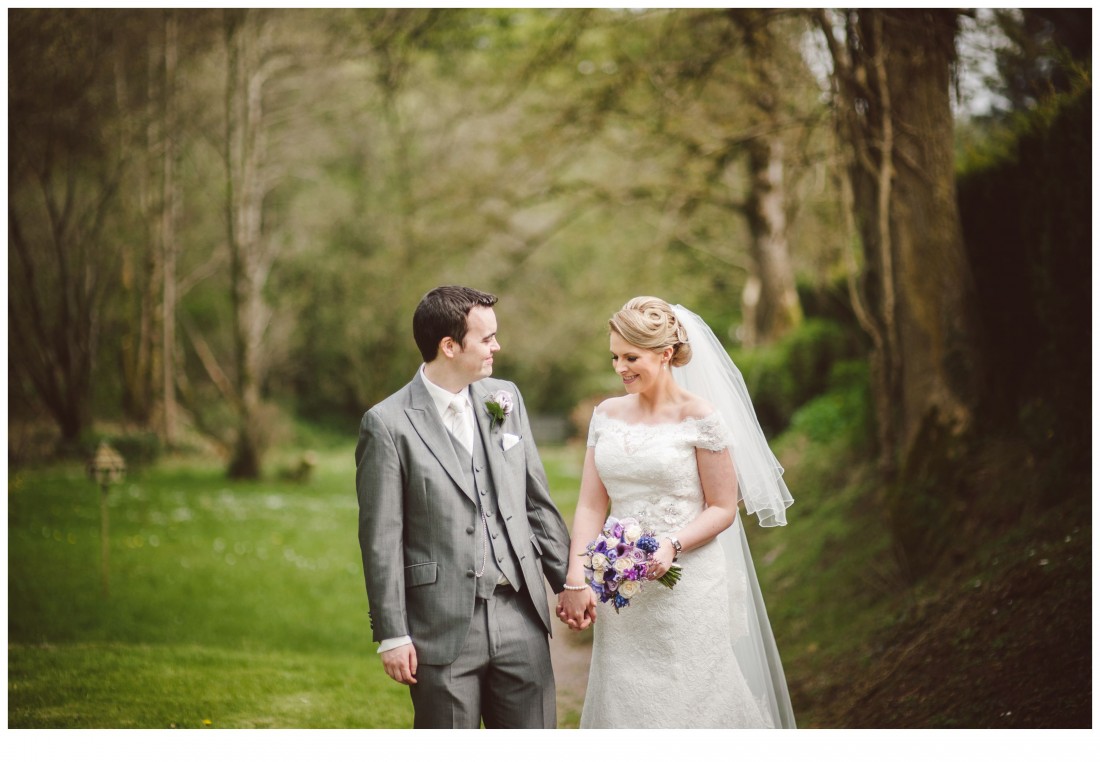 After the ceremony it was on to the wedding reception in the Silver Tassie in Letterkenny. The bride and groom decided to go for something a little bit different to the traditional wedding reception. As Andrea explained, “We had a Game of Thrones themed table plan using a map of Westerous as the background. Making our reception unique and special was something we both wanted. This probably was the most fun part, but it was also the most difficult to get sorted”. 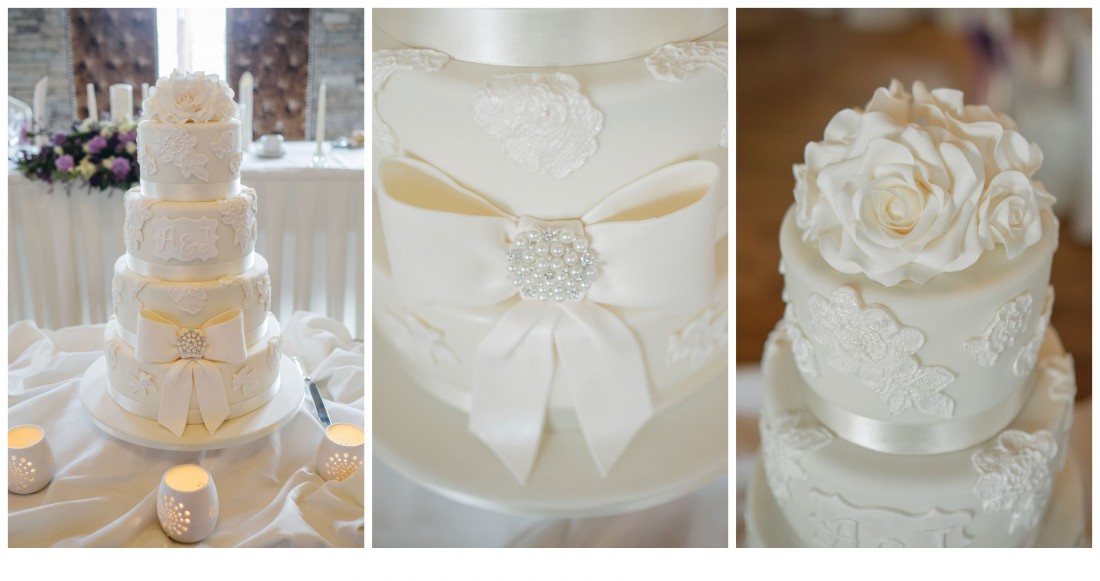 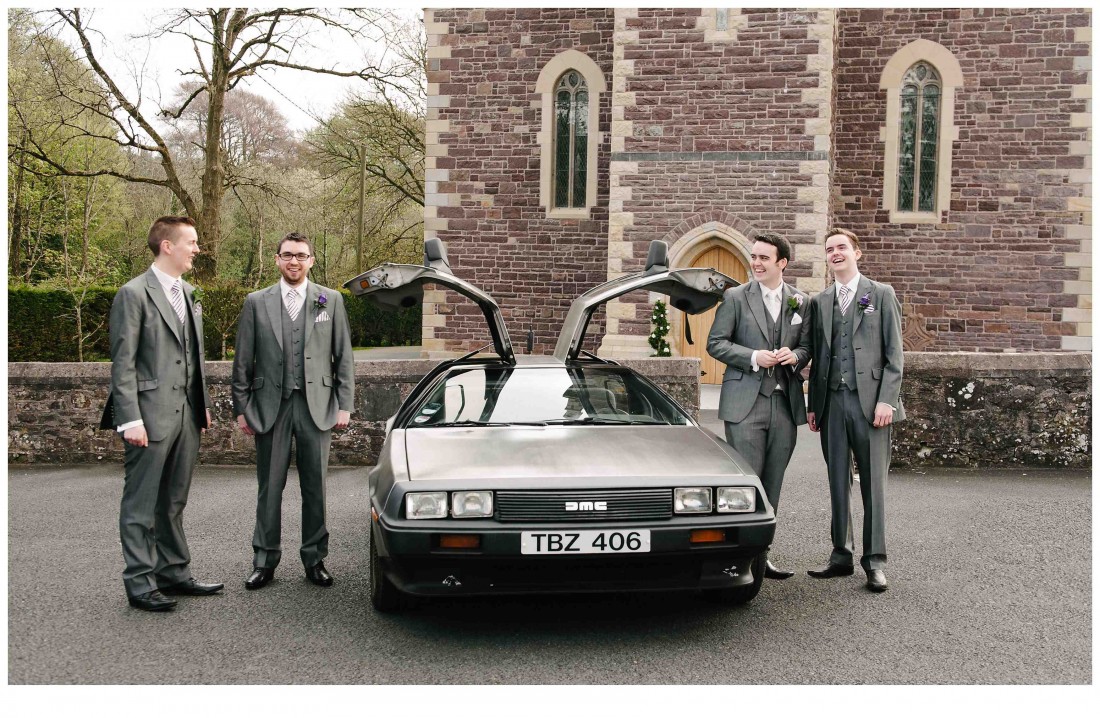 Following a delicious meal the band Platinum kept the guests on the dance floor all night which meant the party continued into the small hours as the happy couple celebrated with family and friends.

For their honeymoon, the new Mr and Mrs McQuaid jetted off to Rome for five days followed by a Mediterranean cruise. During their cruise they stopped off at various locations including two nights in Venice before returning home to the Isle of Man. Andrea said their honeymoon was simply amazing. She said there were numerous highlights – but top of the list included seeing Pompeii and the delicious Italian gelato.

About the Bride & Groom: Andrea who is from Fintona, is the daughter of Brian and Patricia Mullan and Joe who is from Trillick is the son of Tom and Siobhan Mc-Quaid. Andrea and Joe now live in Peel, on the Isle of Man and both work as pharmacists for Lloyds. The couple had a lot to contend with trying to plan their wedding while living in the Isle of Man. The distance meant that they had to be very organised and they relied on a lot of support from their various wedding suppliers to help things run smoothly.