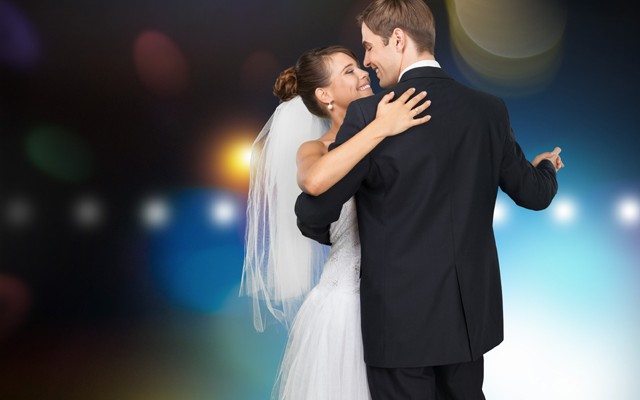 Save the First Dance for Me!

It’s a weird phenomenon that sees many the newly married couple take to doing something in public for the first time ever on their wedding day. Pick your imaginations out of the gutter now I’m talking about dancing of course!

As we skip merrily over the six month countdown to our big day. The first dance is something I have been giving a little thought. You can understand the word ‘thought’ here to mean that I am waking up in the darkest hours in a cold sweat not unlike I do after having watched ‘IT’. That clown though.

Don’t get me wrong, I’m no stranger to a dance floor. I’ve been known to ‘trip the light fantastic’, ‘boogie in the club’ and what is it the kids are calling it these days, oh yes ‘bust a move’ with the best of them. However, this was all PW (Pre Wedding). Though I undoubtedly have some skill in pair of skinny jeans and a tube top – what do you mean is that what I wear out – I fear the logistics of making my booty go “low low low low” as advised by Flo Rida in 2007, may be a tad more difficult in a wedding dress. Now while I am determined to keep the details of The Dress a carefully guarded secret, I think it is safe to say that there may be trouble ahead.

Stop, I hear you all exclaim at your computers, what kind of first dance is this one having? Sure doesn’t she know it has to be all slow and romantic? Yes. Yes, I do know these things and didn’t you read the bit above about the night sweats? Go watch Stephen King’s ‘IT’ and you’ll get the idea.

Mr Brady and I are what you would call club dancers. Our first nights out together were filled with such dancing as should have seen the dancefloor evacuated before Cascada even thought of it. After one too many Ribenas, we did have a tendency to move our courtship onto the floor and let’s just say it’s lucky we found each other because no one else would have either one of us. Flailing limps and sprained ankles were the least of our problems. It never stopped us though, while the revellers around us were diving for cover we were having a great time. God bless Jagermeister, I mean Ribena.

So now, here we are a whole eight years later planning a wedding that is expected to for all intents and purposes include a solitary and I presume sober dance. As is so often the case, Mr Brady is several degrees more relaxed about the whole thing than I am. “We’ll just wing it”, seems to be his attitude. Lucky him! I on the other hand, find myself sitting down to watch ‘Dancing with the Stars’ for a bit of inspiration which undoubtedly leaves me crashing into the fireplace. No fun can be had here.

And there’s also The Song. Like The Dress, people have begun asking if we’ve decided on ‘The Song’ yet. This decision should give me some comfort as the tempo of the song dictates the difficulty of the dance. So, I’ve been trailing youtube looking for something that would provide us with a simple and short two step shuffle that will be quick and painless. Unfortunately all songs which fit those criteria are also insanely boring. I could just imagine us shuffling our way around the dancefloor while our guest find something more interesting to watch – like two ants crawling up a tree perhaps.

Think of a song that ‘defines your relationship’ said the internet. Well, we don’t have ‘a song’ or if we did, it would probably be The Fratelli’s ‘Chelsea Dagger’ which involved the aforementioned flailing arms and kicking feet eight long years ago in Letterkenny. Good times. Undiluted romance does of course make me ill, not unlike a coeliac as soon as I hear the opening strings of a Celine Dion song I have an irrepressible urge to attend the nearest bathroom. Why didn’t I watch more Disney movies as a child?!

A happy medium would be the quirky ‘oh I so wasn’t expecting that romantic song turns into ‘Gangnam Style’ dance routine but again without giving away anything, I do see dress issues as well as my history of being unable to even learn the steps to ‘Shoe the Donkey’ as a girl. Hint: there are three.

The funny thing is, if no one were watching us, I feel we could have quite a nice first dance. Sure, it wouldn’t be synchronised or in any way graceful but it would be us and we’d be grand. So, all we need to do is ask our guests to look the other way. Wonder where could one hire two Spanish ants? 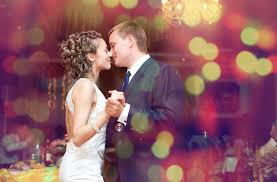