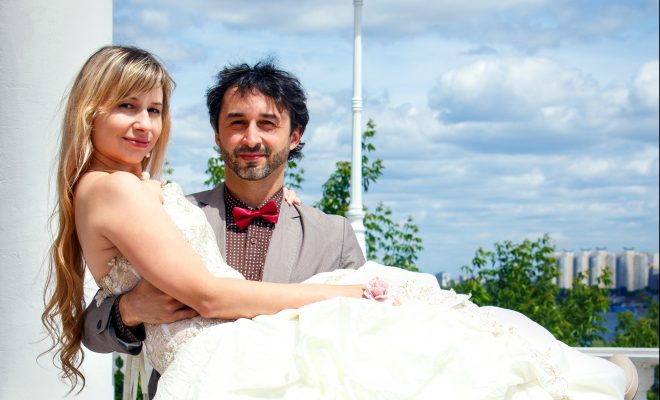 Photo by Victoria Borodinova from Pexels

Second Time Around: Doing It Differently

Remarrying is a big step, but a beautiful one. It shows you’ve learned to forgive each other, move on and trust each other again. You respect and appreciate each other once more and have decided to re-commit by remarrying.

Here are a few tips on doing that second wedding differently:

It might feel sentimental to get married in the same place as before, but you don’t have to. It would be better not, in fact. If you got married in a church, you can get married on a beach, on a ship or even take the plunge — literally — and do a bungee jump this time. Some couples have even gotten married in a brewery and held the restaurant in the brewery restaurant.

There’s no doubt you’ll have looked gorgeous in your first wedding dress, but don’t wear it again. You don’t want to be comparing yourself and how you look in the dress now to how you did at the time of your first marriage. Ditch the dress and the memories and go for something new.

The same goes for the ring. Out with the old, in with the new. The looks you exchange when you’re exchanging rings once more will be priceless and you don’t want something that reminds of you the first marriage. Opt for rings that have a different type of diamond or are made of a different metal than before.

Treat the marriage as new

It’s easy to think ‘We’ve been down this road before’, but don’t. Treat this as if it was your first time getting married, rather than second time round, so that you continue to love and respect your partner. Learn from the mistakes of before.

Have a laugh about it

It may be a new start for you and your partner, but the fact that you’ve been married before to the same person could be something of an elephant in the room to the other guests, so take the time to address it in the speeches. Don’t be serious though. Make a little joke about it.

Despite this being a new start, the chances are a lot of your guests attended your first wedding. As a result, they’ll have gone to some considerable expense back then to buy you both a good wedding present. It would be inappropriate to ask for more gifts, so avoid making a wedding list. Your guests’ attendance at the wedding will be enough.

Your second wedding should be even more special than the first. Go into the marriage having discussed your expectations and communicate effectively, keeping dialogues open-ended so that there are less hints of ultimatums or threat-like statements. Enjoy the day and look forward to the rest of an amazing future together.