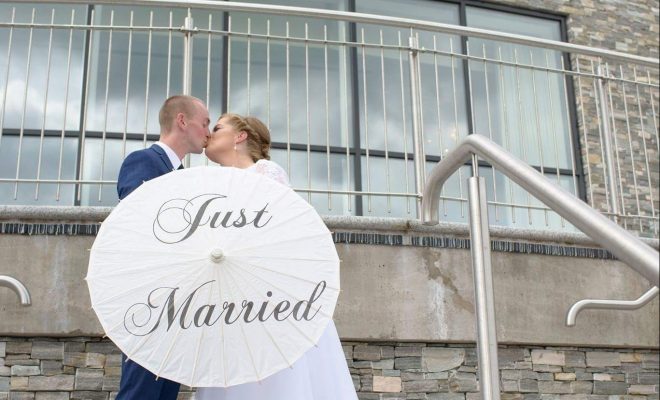 Small but perfect in every way

A truly intimate Summer wedding with 20 of their closest family members and friends gave Tracy Bell and Calum Morrison the perfect day.

The pair were wed at Omagh Registry Office on July 5, 2017 by registrar Hazel Alderdice. Their wedding reception was held in the revered Silverbirch Hotel in Omagh – something which the Omagh woman described as being ‘lovely and cosy’. 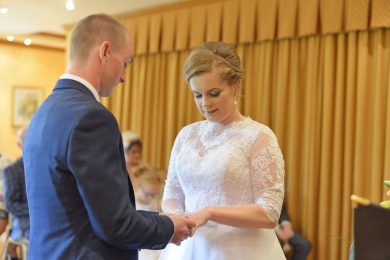 Tracy, who is a full-time mum, first met Calum, a Scottish butcher from Wishaw, in Charlie McAleer’s bar in Omagh on July 11, 2007.

“We just clicked,” Tracy described. Calum proposed when the couple were together for approximately eight months. During that memorable moment, he presented Tracy with a stunning 18ct white gold ring featuring a glittering diamond. “I was shocked but happy,” Tracy said.

“We didn’t really have an idea of what we wanted our wedding to look like. We did start looking but then we fell pregnant with our first child around four weeks after Calum’s proposal,” Tracy explained. 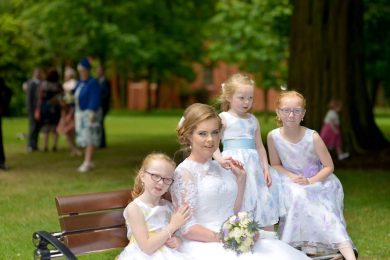 “We knew that we just wanted our immediate family at the wedding. We didn’t want to tell people that we were getting married so that we could avoid the hype.”

Tracy decided not to travel to different bridal shops to find her perfect dress – instead she browsed the internet in the comfort of her own home and very quickly a dress from eBay caught her eye.

It was a dainty crystal white number which flaunted three-quarter length sleeves of delicate lace. “Whenever I saw it, I really liked it,” Tracy described. “So I just ordered it and hoped for the best. It was a short dress as a long one just wasn’t for me.”

When Tracy’s big day finally arrived, she described feeling ‘very nervous’ – but happily she was blessed with gorgeous weather as the Summer sun was shining bright in the sky. 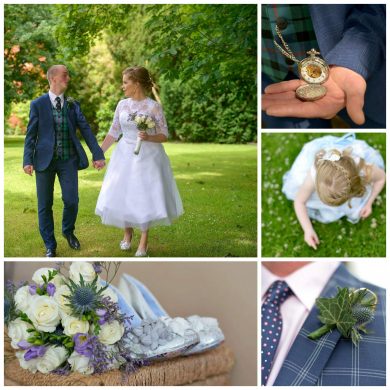 “I think Calum was calmer than I was,” she recalled. “He stayed at my dad’s house the night before.”

To add a quirky and unusual twist to her day, Tracy walked down the aisle to ‘Z Cars’ – a song traditionally used as Everton FC’s matchday anthem. “This meant a lot as my family are Evertonians!” Tracy laughed. “Later we both walked out to Highland Cathedral which was played on the bagpipes.”

After enjoying a wealth of ‘emotional’ speeches at their wedding reception, the newlyweds and beloved guests tucked into their two-tiered semi-naked cake which looked beautifully rustic. 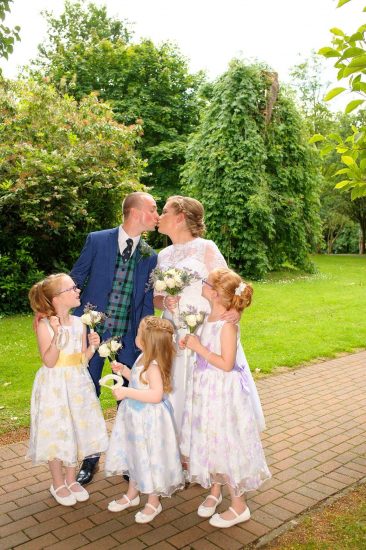 The new Mr and Mrs Morrison, alongside their daughters, Molly, Megan and Dixie.