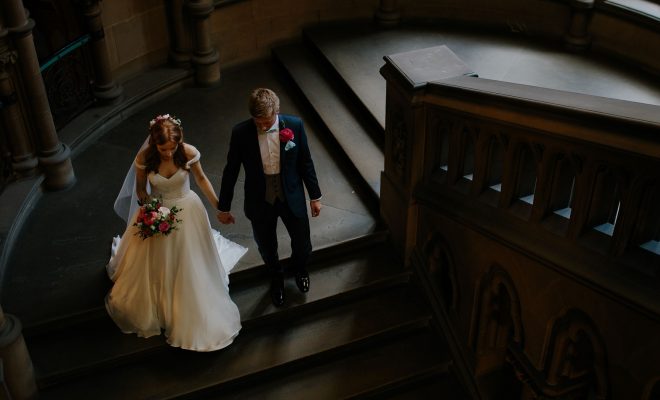 Weddings can be notoriously expensive, and many couples look for ways to trim the costs, whether that is roping in some friends and family with skills that can be put to good use, or doing some wedding-related DIY using materials from Etsy and craft stores.

Now, it seems there is a new way to shave significant amounts off the cost of your wedding, and all you have to do is not mention the “w” word.

Reports from an American consumer watchdog called Choice has revealed that they sent out two undercover shoppers to ask suppliers for quotes, with one woman saying she was planning her partner’s birthday party and another saying it was for a wedding.

Of the 36 suppliers contacted, the watchdog found that a number of cake makers, venues, and photographers quoted the ‘bride-to-be’ more.

Three of the six venues contacted charged more for weddings, despite the fact that both ‘celebrations’ involved the same number of guests and identical requirements, and while the quotes from photographers were ‘very mixed’, one upmarket photographer quoted the ‘bride-to-be’ more than double the ‘birthday’ planner.

However, not all of the suppliers contacted saw money signs when a wedding was mentioned. Of the six florists contacted, none quoted the ‘bride-to-be’ more, and the photo booth suppliers quoted the same price to both secret shoppers.

The phenomenon of “wedding inflation” isn’t restricted to the States, as there are plenty of UK-based online forums where Brides-to-be share their stories on prices increasing once a wedding is mentioned, as well as tips for how to combat the costs. But is it justified?

Ariel Meadow Stallings, author of Offbeat Bride: Creative Alternatives for Independent Brides, says that often the mark-up is justified, claiming that dealing with weddings is “higher risk, higher drama, and higher quality. However, for items such as flowers, accessories, and décor, there’s no reason to ever mention that it’s for a wedding.”

For others, it’s a question of honesty being the best policy, and making sure that suppliers provide the right level of service. Many suppliers are especially attentive to Brides, because it is a very special day. Even though quality of service will still be good for a general party, it’s unlikely to have the same attention to detail as it would for a wedding.

So, would you willing for forgo the “w” word to cut the costs of your big day?

The image on this blog post was provided by Smart Photography. Take a look at their list of must capture wedding shots.

Related Itemscostssavingshavewedding
← Previous Story 4 Dietary Requirements You May Need To Cater For At Your Wedding
Next Story → Would you let your furry friend make an appearance at your wedding?