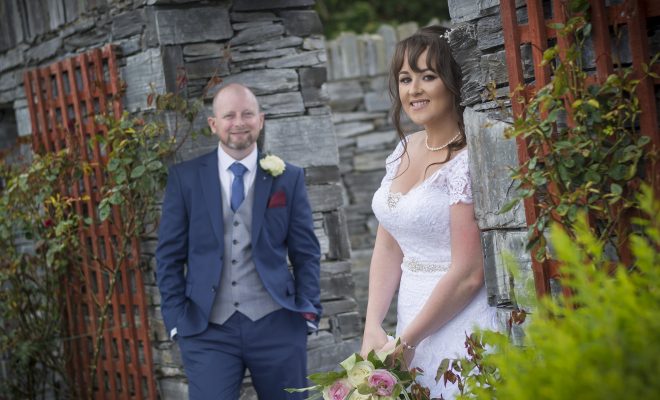 ‘Always and forever’ are the romantic words engraved on Stephanie Hyndman’s engagement ring. And on May 20, 2017 that life-long commitment between the Strabane woman and Mark Hyndman was celebrated in front of their beloved family and closest friends.

With Father Boland performing the service, the newlywed’s intimate wedding ceremony took place at the Church of the Immaculate Conception, Strabane. Clanree Hotel in Letterkenny hosted the wedding reception – a beautiful venue which features a fairytale-like grand staircase, a cosy jacuzzi and inhouse beauty salon.

Describing the hotel as ‘perfect’, Stephanie said it was a place she always loved due to its friendly staff and good food.

Stephanie and Mark first met in Asda in June 2006, as it was the place where they were both working at the time. They started dating each other in May 2009.

“Mark has always been so good and kind to me,” Stephanie described. “He always knows the right thing to say and he always makes me laugh.”

It was during a romantic weekend away to the stunning Beech Hill Hotel in Derry – just in time for Stephanie’s birthday – that the Sion Mills man asked his girlfriend for her hand in marriage. 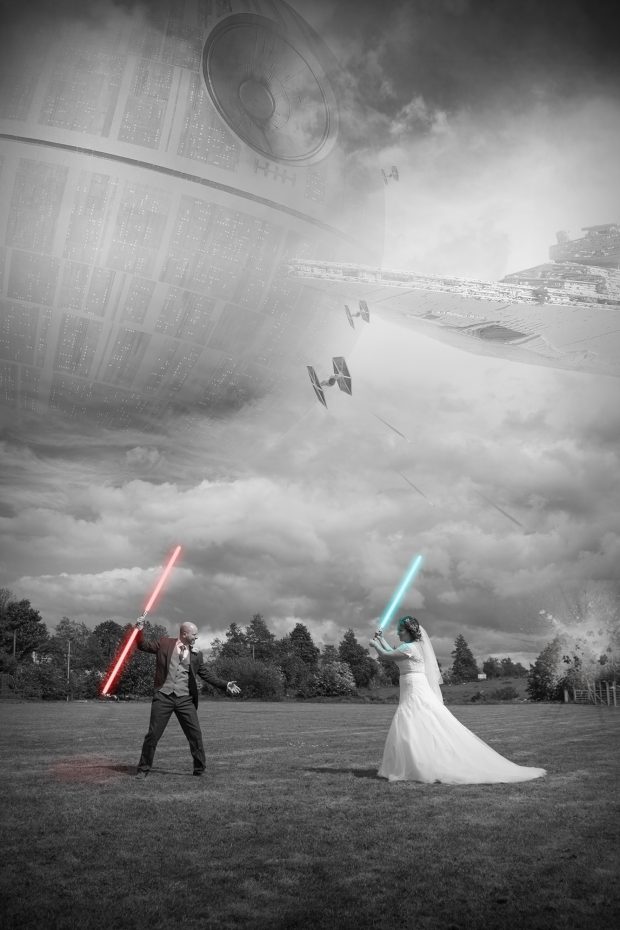 The newlyweds Stephanie and Mark Hyndman challenge each other to a Star Wars-themed duel on their wedding day, which took place on May 20, 2017.

Enjoying a scenic walk along the hotel grounds on November 23, 2012, Mark told Stephanie he loved her and said they were ‘meant to be’. Getting down on one knee, he presented her with a glittering engagement ring featuring a trio of large diamonds complimented by five smaller diamonds and a romantic inscription.

“I was absolutely shocked and overcome,” Stephanie, who now works as a staff nurse, reflected. “But I could not have been happier at that moment. “Mark had picked the ring out himself and he did a wonderful job.” She added, “He later told me that he was supposed to propose on November 24, but his nerves would not let him wait. So instead, he p r o – p o s e d on November 23, wh i c h w a s t h e day we arrived.  He was so nervous that he felt sick to his stomach.”

As Stephanie had just begun university, the pair decided to wait until after she had graduated to begin planning for their big day. “I had absolutely no idea what I wanted our wedding to be like, but eventually we decided upon something more t r a d i t i o n a l , ” Stephanie explained. “All I cared about was good food and good music, and I just wanted everyone to have a good time. I knew that everything else would fall into place.”

F o r Stephanie, the search for her perfect wedding dress proved ‘stressful’. “I did not really like dress shopping at all,” she admitted. “My mum, my sister and myself went to several shops – and some twice. I could not wait to just find the dress and be done with looking around.” Eventually though, she found her dream gown in McElhinneys, Ballybofey. 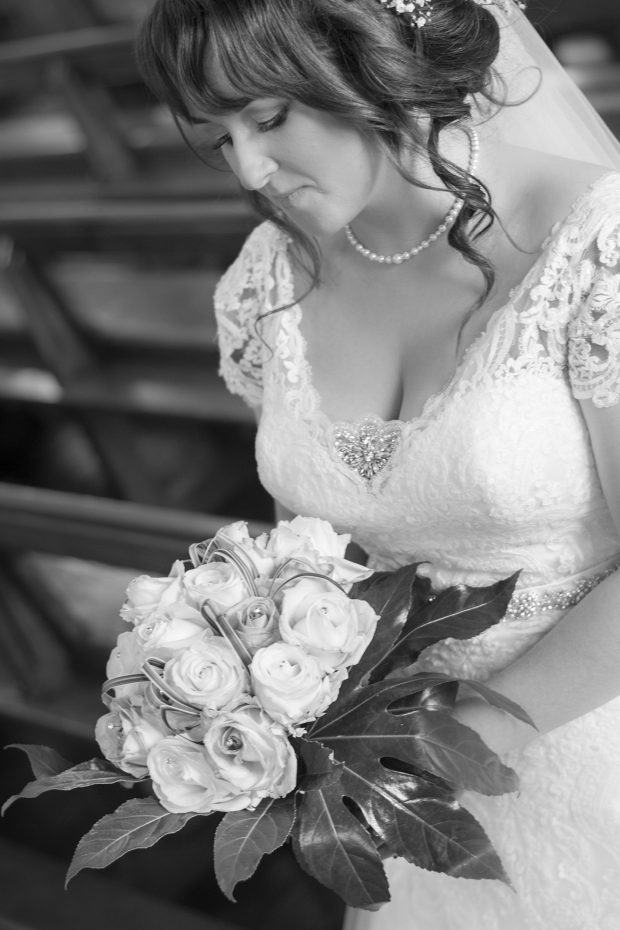 The new Mrs Stephanie Hyndman wearing her beautiful white lace wedding dress, which was decorated with sequins and

The Ronald Joyce dress was created with white lace, decorated with sequins and featured little capped sleeves. “I just fell in love with it,” Stephanie said. “It made my mum, Joan cry when I tried it on, so I knew it had to be good.”

Because Stephanie felt like she had been waiting to marry Mark for so long, she simply couldn’t wait to see him at the altar on the day of her wedding. “Our ceremony was perfect,” she described. “Father Boland put everyone at ease and made us all welcome. “Mark and I were nervous about forgetting our lines but Father Boland was great, he helped us all the way along. “Rois Kelly sang during our service and she was unbelievable. The only time I felt like crying with emotion was when I heard her voice.”

Whisked away to their wedding venue in classy vintage cars, it was soon time for the new Mr and Mrs Hyndman to tuck into their three tier cake donned with pretty flowers and stems – baked by Mark’s beloved auntie, Yvonne.

And then, alongside their 90 guests, the newlyweds danced the night away to wedding band Exclusive and DJ Micky Ferry – and they partied until the very end… and then some! “I loved our wedding,” the 26-yearold concluded. “I cannot believe that it all went in so fast. Everyone was so kind and generous to Mark and I. We felt so loved.” 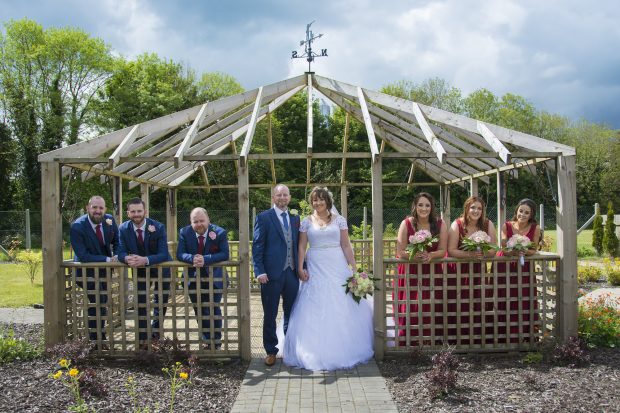