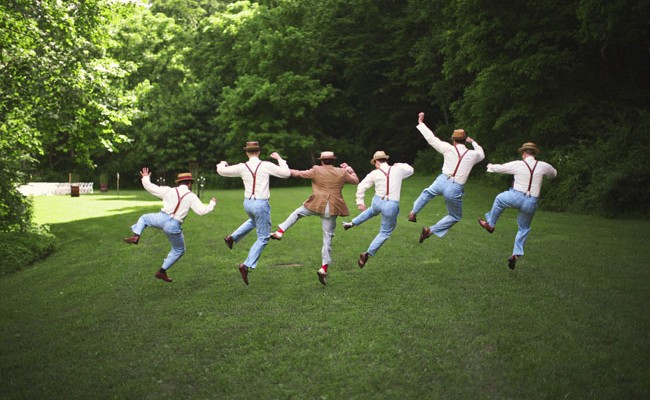 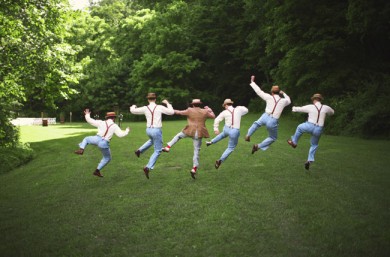 Image by Love is a Big Deal via www.greenweddingshoes.com

I’ve had a great idea for our  wedding suits so this week I went to Omagh to see if my suit idea was actually do-able and to check availability. With my best man Jason and groomsman Dinky in toe, we travelled to SD Kells in Omagh where they had the suits, however the colour was slightly off for what I was thinking. A little disheartened, Jason asked if there was anywhere else in Omagh we could go and we ended up in Bowes Bros. who are an agent for Debonair Groomswear in Magherafelt. They were able to dress up a dummy (not me) in the style and colour I was after, but we were told if we wanted to try it we would have to travel to Magherafelt.

The guy at Bowes Bros. was very accommodating and even called Debonair Groomswear to arrange an appointment. We were told if we left now we could be there in an hour and they could fit us in. Naturally we left and decided to go for a Subway, arriving in Magherafelt an hour and a half later. Once again the people at Debonair were very nice and I was able to try on the suit and naturally I was faced with trouble-shooting some problems. Jason and Dinky asked the shop assistant “is what he’s going for normal?” to which she replied “It’s a bit unheard of”, they both said “perfect for him”. The one thing I will say is bring your phone! I left mine in the car but luckily Dinky was the selected photographer. This I thought wasn’t a big deal that I didn’t have my phone to take photos until the shop assistant said “normally we do not sign all off without the bride being present.” I thought “pphhh… I know what I’m doing!” Oh how wrong I was! It wasn’t until the third combination of suit and ties that I realised…“yeah, I need Catherine here”.

I left Debonair with more doubts about my idea than I ever had before. So naturally enough we went and had a pint. Dinky emailed me over the photos and in the comfortable surroundings of a pub I was able to ask the boys what they really thought and it was encouraging. Back home I showed Catherine the photos and much to my relief she loved them. All we need to do now is go back and give Catherine’s permission!