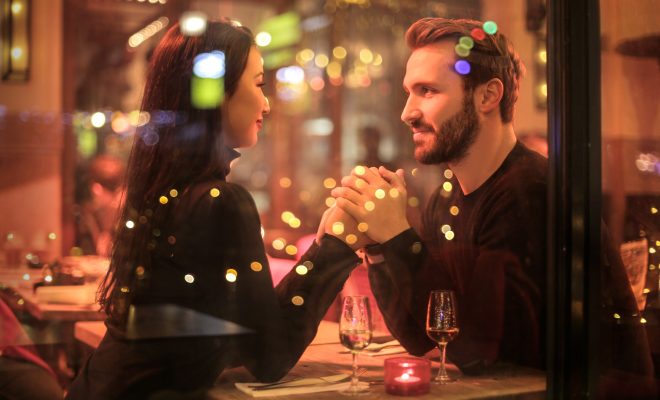 The Most Romantic Chat Up Lines From Movies

We’ve all heard those cringeworthy chat up lines like ‘were you an angel in your past life? Because it looks like you fell from heaven’. Chat up lines are awkward territory for anyone, they either hit the mark completely or miss it by a mile.
However, since movies began, hopeless romantics have been turning to the silver screen to show us how to seduce, swoon and flirt to win the guy or girl of our dreams. And while there’s sure to be obstacles along the way, in Hollywood, love and romance always win the day.
Romantic movies can melt even the most cynical of hearts. Emotional performances teamed up with heartfelt music leaves us wanting more of those sweet one-liners. From films like When Harry Met Sally to P.S. I Love You we have you covered on what to say to the love of your life, just pull one of these out of the bag when you’re stuck for something original.
When Harry Met Sally
(1989) Starring Meg Ryan and Billy Crystal
Harry says to Sally while at a New Year’s Eve party, “I
came here tonight because when you realise you want to spend the rest of your life with somebody, you want the rest of your life to start as soon as possible.”
The Notebook
(2004) Starring Ryan Gosling and Rachel McAdams
Noah says to Allie whilst arguing about her proposed marriage to another man, “I want all of you. Forever. Every day.”
P.S. I Love You
(2007) Starring Gerard Butler and Hilary Swank
Gerry says to Holly whilst in their apartment, “I know what I want, because I have it in my hands right now”.
Bridget Jones’s Diary
(2001) Starring Renee Zellweger and Colin Firth
Mark Darcy says to Bridget after a work conference, “
The thing is, um, what I’m trying to say, very inarticulately, is that, um, in fact, perhaps despite appearances, I like you, very much. Just as you are.”
Jerry Maguire
(1996) Starring Tom Cruise and Renee Zellweger
Dorothy says to Jerry whilst in tears that he has come back to her, “you had me at hello, you had me at hello.”
Unfaithful
(2002) Starring Oliver Martinez and Diane Lane
Paul says to Connie whilst they dance in his apartment, “
Your eyes are amazing, do you know that? You should never shut them, not even at night.”
Atonement
(2007) Starring Keira Knightley and James McAvoy
Robbie says to Cecilia during a heart rendering montage of their love when he is imprisoned, “I will return. I will find you. Love you. Marry you. And live without shame”.
And finally,
It’s a Wonderful Life
(1946) Starring James Stewart and Donna Reed
George says to Mary whilst goofing around the neighbourhood, “You want the moon? Just say the word, and I’ll throw a lasso around it and pull it down”.