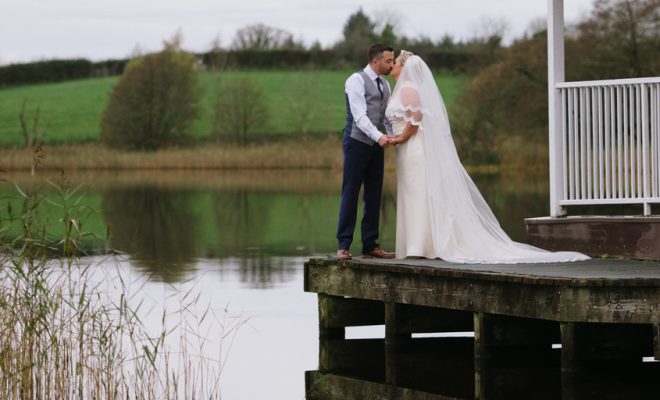 Traditional wedding day to remember for Arlene and Owen

A beautiful proposal at the famous Giant’s Causeway transformed into a music-filled wedding for Arlene McCollum and Owen McCusker, surrounded by their beloved family and friends.

The pair were wed at St Lawrence’s Church in Fintona on November 11, 2017, where they enjoyed a very traditional ceremony and perfectly crisp and dry weather upon leaving the church.

Their wedding reception took place in the Slieve Russell Hotel in Cavan – a place they chose due to its homely atmosphere and the ‘good feeling’ they had as soon as they stepped foot into the venue. Both Arlene and Owen were also very impressed by the reception’s wedding planner, who they said was “So nice to deal with” which made the difficult decision of choosing a venue easier. 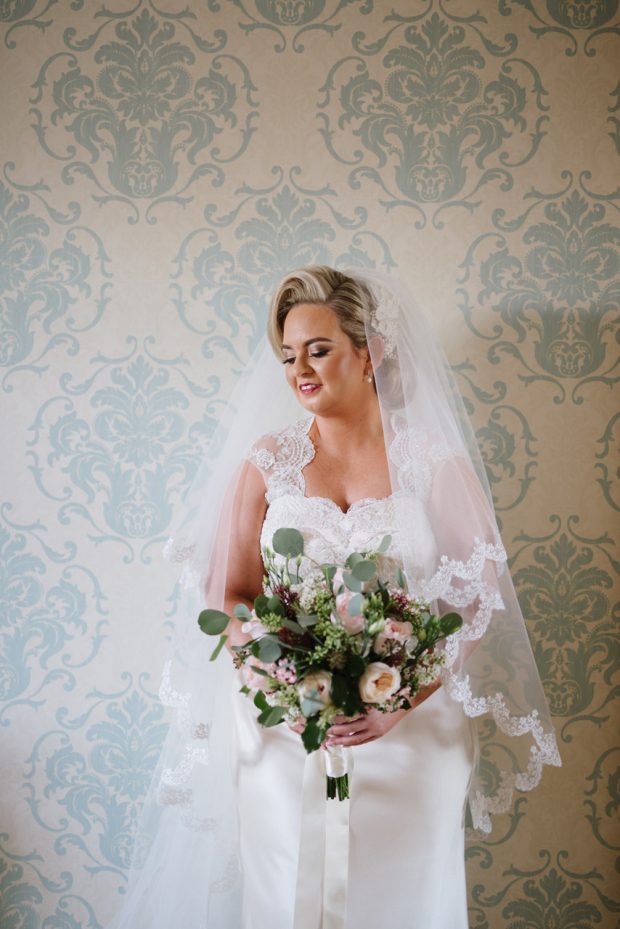 Arlene, who is a self-employed hairdresser, first met Owen, a painter and decorator, four years ago by chance at the Allingham Arms Hotel in Bundoran. Obviously both creative by nature, the pair were naturally drawn to each other from the very beginning. “We have different personalities, but are a good balance for each other,” Arlene described.

Together for a three years, Owen asked the Omagh woman for her hand in marriage at the Giant’s Causeway – and Arlene was simply over-joyed. “I wanted my proposal to be very subtle as Arlene hates to make a scene,” Owen, who is from Fintona, laughed. Arlene added, “I was so excited.

The proposal and the wedding planning which came afterwards was the beginning of spending our future together.” And for Arlene, this aspect of planning was something she couldn’t wait to begin. “We wanted our wedding to be as traditional as possible,” Arlene said. “I liked the idea of a classic and timeless wedding with a winter feel. “Myself and Owen are both self-employed and based locally, and we are both perfectionists in what we do. So attention to detail was always key in the wedding planning.” 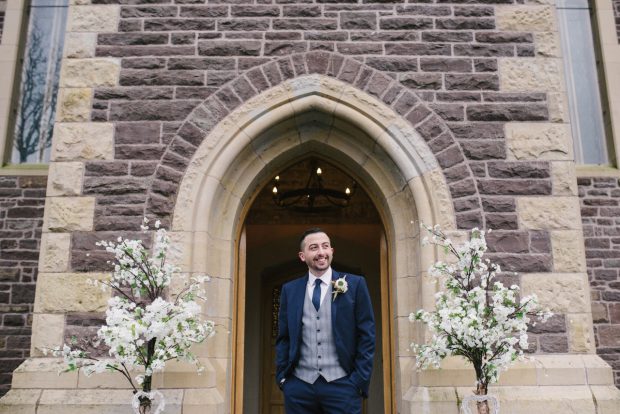 Describing wedding dress shopping as ‘scary and exciting all-in-one’, Arlene visited three shops before finally finding the dress of her dreams in Perfect Day, Lurgan. “I enjoyed the experience, as it’s not every day you are putting on these fancy dresses made for princesses,” Arlene said. “But finally, with the help of my bridesmaids, we got there with finding what I felt more me in. I chose the very last dress I tried on.”

When the pair’s big day arrived, they recalled feeling a mixture of nervousness and excitement as they hoped that all would go well and fall into place – and happily the day went by without a hitch.

The new Mrs Arlene McCusker, alongside her bridesmaids, Deborah (sister) and Claire (cousin).

“We had plenty of family involved in our service so there was a job for everyone,” Owen explained. “And the ceremony went so well for us. The music on arrival by Arlene’s cousin was a personal touch, and singer Ciara Fox was amazing.” Arlene added, “We set out planning our wedding, just hoping that all went to plan and it did.

The wedding actually exceeded our expectations, and people are still saying how much fun they had throughout the day and into the wee hours. “We both feel very happy to have had such a wonderful wedding day with the special people in our lives. It was a day to remember.” 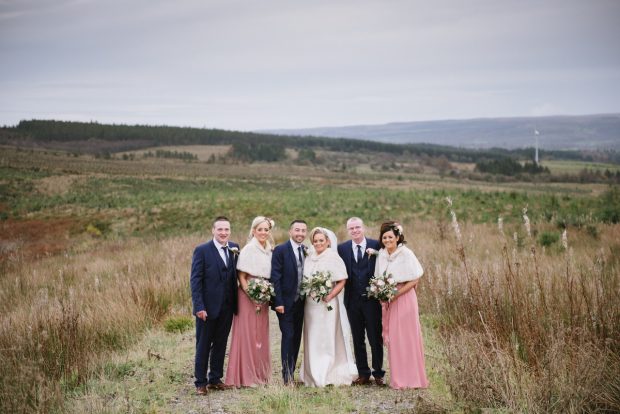 The newlyweds, Owen and Arlene McCusker, alongside their bridal party.