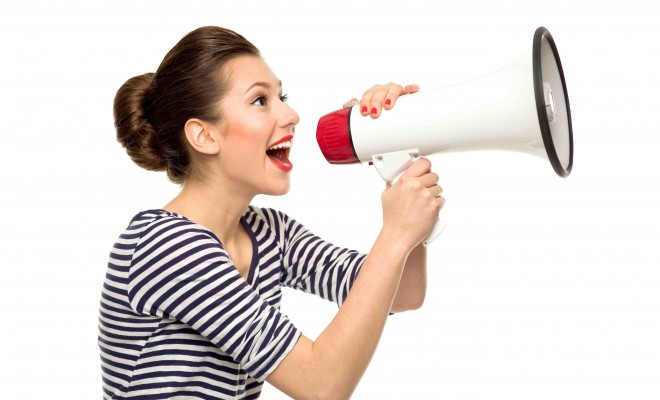 Vanessa Pope and the Silence of the Ring

Right, so you’ve sent out seventeen emails to various venues, you’ve more or less picked your dress (cheeky plug for last week’s blog) and you’ve opened a new Pinterest project which you’ve rather modestly entitled, “I’m going to be the most gorgeous bride in the North West”. Bravo! Not bad for only getting the ring on your finger thirty-three minutes ago!

Once the initial moment has passed and you’ve let your new Fiancé up for air, your next thought is going to be telling people. The delighted face of your dear old Mammy may flash before your eyes as she runs to phone the neighbours, or it may be your best friend Sinéad and her rapidly reddening cheeks as she orders you both your third bottle of champagne of the evening. Perhaps you’ll think of that witch you went to school with, the one who laughed at your dodgy fringe you had that autumn, anyone?…just me? Moving on so!

Lucky girl that I am I got engaged in Florida on the third morning of ten day holiday. Of the many, many thoughts that flashed through my mind after the big moment: “God, my hand looks weird with this ring! I wonder will the hotel give us some free stuff for this?” And of course, the obligatory, “I’m going to be the most gorgeous bride in the North West.” Unfortunately, there was also another less welcome thought – how and when will I get to tell people?

Now, I’ve seen the excited Facebook posts – “OMG I jst gt egaged” and though they are sweet as sugar, all full of the excitement and nervousness of the time, I’m a bit old school which can be understood here to mean I didn’t want my nearest and dearest to find out about my engagement amidst photos of people’s dinner and various statuses about being thrown out of nightclubs – just my newsfeed? Moving on…

A phone call was considered but seeing people’s faces when we shared our exciting news was an absolute must for us both. A delightful bonus of deciding to hold on to our thrilling news was that for seven whole days, my Fiancé and I would enjoy having our little secret. We were going to get married and no one in the whole world knew except us. Lovely.

Girls, by lunchtime that day I was dying. I thought if I don’t share this with someone, anyone, I am in danger of exploding. I searched for net connection wherever we went but my Fiancé always managed to prise the phone out of my blingtastic hand before I could even type “OMG”. In the end, I resorted to telling complete strangers – restaurant staff (okay so this one was partly for free stuff) people in queues for rollercoasters, little girls in bathrooms with dodgy fringes, anyone who would listen and some who didn’t speak English were told whether they liked it or not that Vanessa Pope of Donegal, Ireland was getting married. The days seemed to crawl by – something that I would have usually welcomed on holiday drove me into fits of impatient, nonsensical ranting, I adopted the mantra of a five year old child “are we there yet? Are we there yet?” After five days, I may have caught my Fiancé searching “how to break off an engagement” on yahoo. Only kidding! He uses google.

Seriously though, whoever said silence is golden obviously never tried keeping their engagement to themselves because let me tell you sisters, silence is not golden, silence is eighteen carat white gold and flashing on your finger like a lighthouse! “How’s the holiday?” texted a couple of people, unknowingly. “Lovely”, I would reply. “Weather’s gorgeous. Wish you were here!” Wish you here so I could tell you my news before I draw my pension, thought I.

At last, it was time to go home. Florida had been magnificent but like Tom Jones I longed for the green, green grass of home. As the plane touched down in Dublin, I relished in the fact that it would be mere hours before I finally got to share my, I mean our news. As we drove up to Donegal, I imagined the delighted faces when we announced there would be a wedding. It was evening when we at last dragged our luggage into the hall. “Let me grab a shower and then we can get going”, I called to him. “I’m knackered”, he replied. “Surely it can wait until tomorrow?” Now it was my turn to use Google – how to get away with murder. I jest. They can totally trace that stuff.