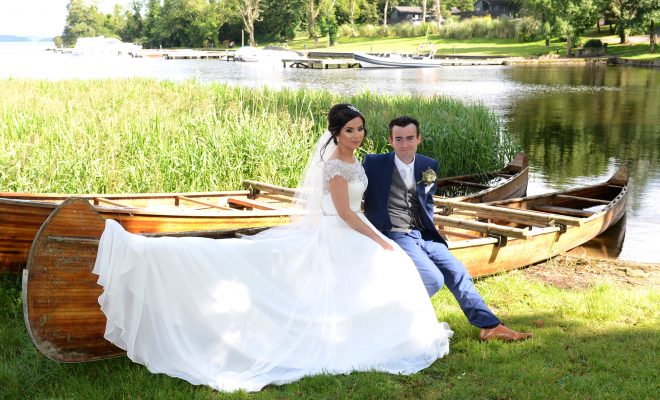 A Greased Lightning-inspired car, a wedding gown fit for a Disney princess and a cake perched on top of a gorgeous Cinderella carriage stand were just some of the quirky elements of Mr and Mrs McKinley’s wedding day.

Vanessa McFadden and Thomas McKinley were wed by Fr Declan Boland at the Church of the Immaculate Conception, Strabane on July 29, 2017 during a traditional ceremony surrounded by their loved ones – including the bride’s gorgeous pet dog!

Their wedding reception took place on the gorgeous Lusty Beg Island, chosen by the pair due to its unique setting which was particularly fairy tale- like when the summer swans made an appearance in the waters. Vanessa’s family have a holiday home in Dunfanaghy, where Thomas is from, so the newlyweds have known each other since they were children.

“We met at a young age, so I don’t actually remember our first meeting,” the Strabane woman said. “I think we were about seven or eight. “But I’ve always loved Thomas’ down-to-earth personality. At age 21 we began going out.” 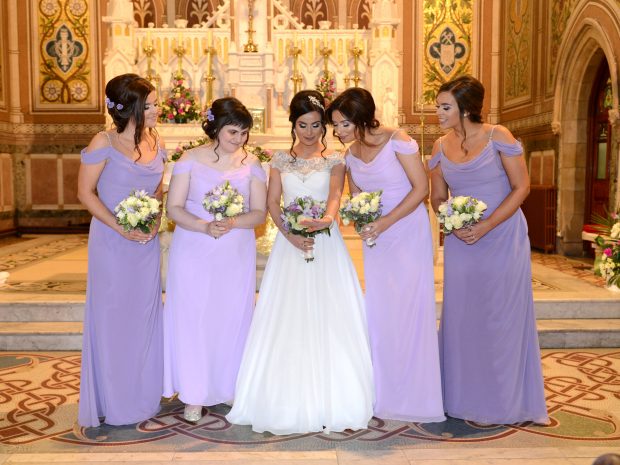 Together for five years, it was on Christmas Eve in 2014 that Thomas, a carpenter, got down on one knee at the pair’s favourite spot – the fittingly named ‘Lucky Shell’ beach at Ards Friary. “I had an idea that day that Thomas would propose, as he was being persistent on taking a walk to that beach on a cold Christmas Eve,” Vanessa reflected.

Getting down on one knee on that secluded beach, Thomas gave Vanessa a dainty silver ring which featured a sparkling stone in the centre and a twist design. “I thought it was very elegant,” Vanessa, who is a drama tutor, described.

For Vanessa, wedding dress shopping was ‘so much fun’, as she came across a wealth of lovely dresses in each shop she visited. However it was in the third wedding shop that she visited – McElhinneys in Ballybofey – that Vanessa found a gown that perfectly suited her tastes. The Justin Alexander ivory A-line dress boasted feminine sparkle at the waist, bust and neckline. 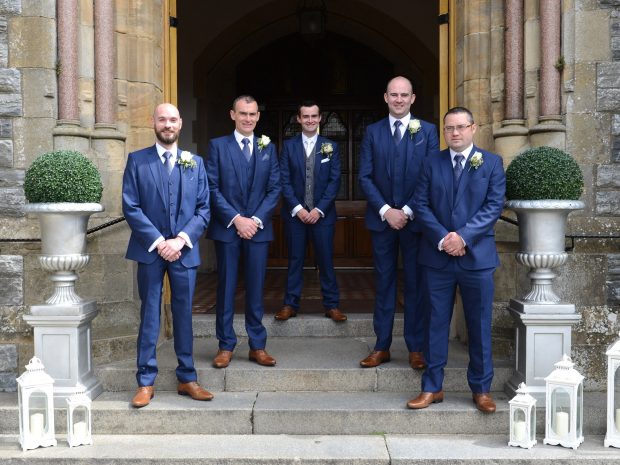 “I have always been a big Disney fan so knew I wanted a princess-style dress, but did not want something that puffed out too much,” Vanessa said. “After trying on a few ball gown dresses on, I knew they weren’t for me. But my A-line dress was just perfect. It gave me that lovely princess look, but without going overboard.”

On Vanessa’s wedding day, she was whisked away to the chapel in a vintage Chevrolet Bel Air car, striking red in colour. “I have always been a musical theatre fan so the car reminded me of Greased Lighting,” Vanessa described.

When Vanessa’s wedding day arrived, she admitted that her nerves ‘came in waves’. However, her beloved dog was right there to help her calm the butterflies. “Our wedding service was lovely,” Vanessa said. “We had my pet dog involved in the service, and we also got a photo of myself and Thomas with her as we signed the registrar. “We enjoyed a perfect day,” the 26- year-old concluded. “I stayed up dancing till the very end. My feet were killing me, but it was certainly worth it!” 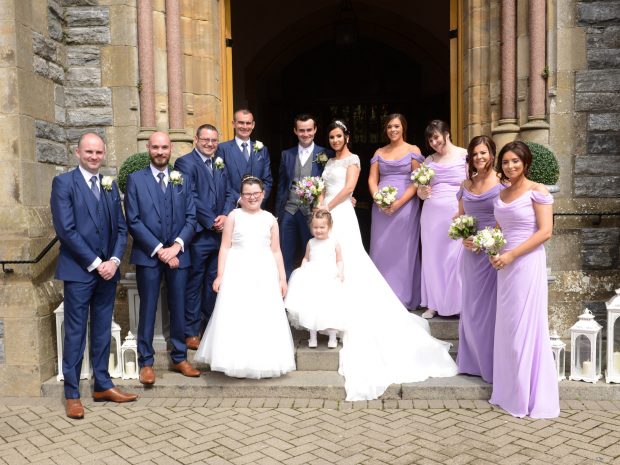 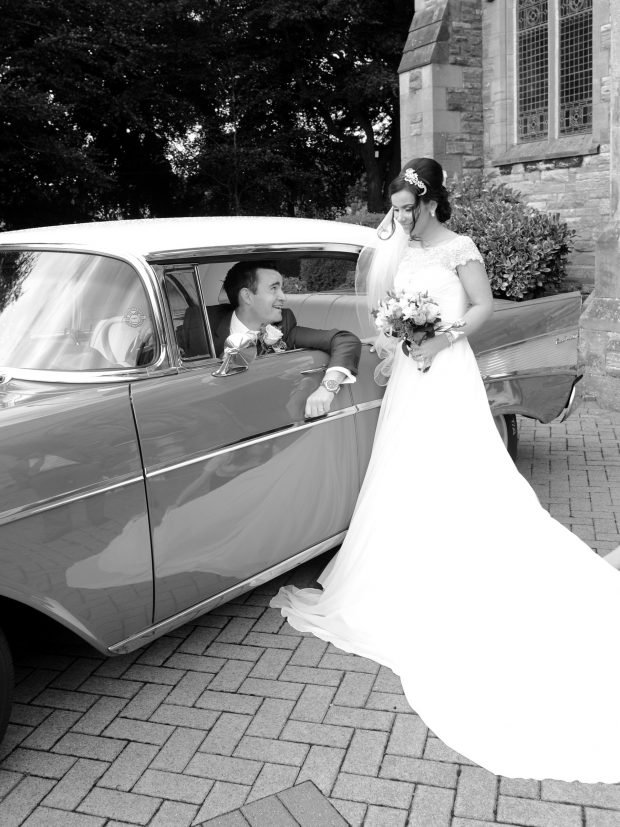 A beautiful vintage car inspired by Greased Lightning whisked Vanessa McKinley (née McFadden) off to her traditional wedding ceremony which took place at the Church of the Immaculate Conception, in Strabane.