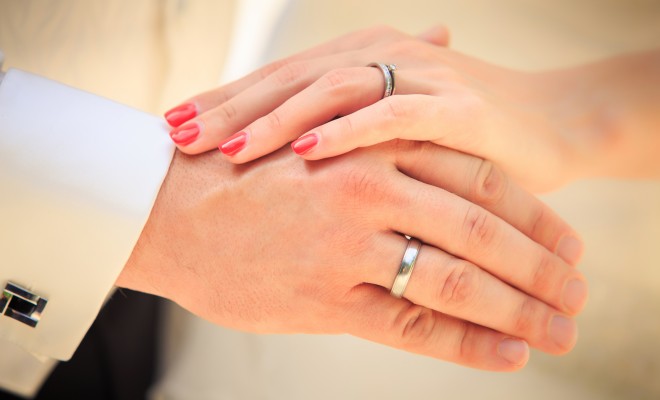 VIDEO: Ever wondered why your wedding ring is on your 4th finger?

Everybody knows that in the UK & Ireland, alongside most countries around the world, the wedding ring is worn on the fourth finger of the left hand.

But have you ever stopped to ask yourself why we do this? Or where this tradition came from?

In Roman times, before medical science was even discovered, they believed that a vein ran straight from that finger to the heart, so it became traditional to wear the ring on that finger.

The heart is just to the left of your body, so the fourth finger on your left hand is considered the closest to your heart.

This video illustrates the Chinese belief.  They believe each finger represents a different relationship:

Your thumb represents your parents

Your index finger represents your siblings

Your middle finger represents yourself

The little finger represents your children

Why’s your wedding ring on your 4th finger?Posted by Bright Side on Monday, February 15, 2016