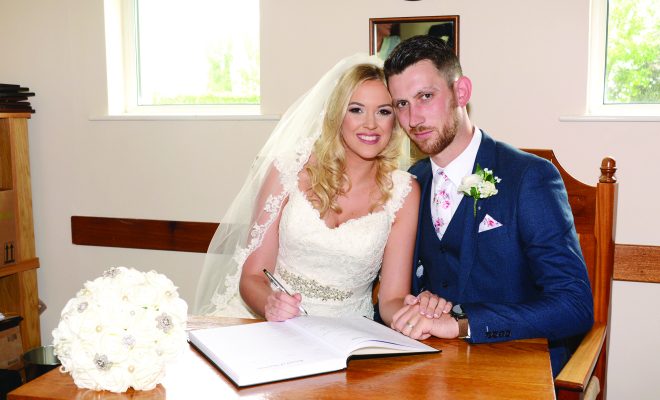 For many couples, spending the first Christmas living together is a truly special occasion. But for Zara Crozier, that day became even more memorable when her long-term boyfriend asked her to be his wife.

The Dromore woman and Ian Reid were wed by Rev Mark Watson at Holy Trinity Church of Ireland, Dromore on August 27, 2016 – exactly a decade after meeting for the very first time.

“A mutual friend initially introduced us during a summer party in Seskinore Forest Park and we instantly hit it off,” Zara smiled. “It was definitely love at first sight. We met a few times the next week, and the rest as they say is history.” 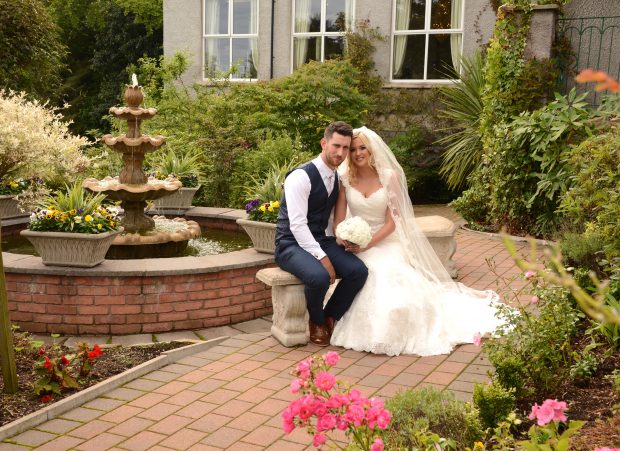 The new Mr and Mrs Reid enjoy a sunshine-filled summer wedding in the breathtaking gardens of Corick House.

It was seven years into their relationship when the digger driver from Omagh proposed to Zara on Christmas Day in 2013. Going downstairs to open her presents, Zara got the best surprise of all when Ian presented her with a white gold ring he had chosen himself, featuring a sparkling diamond in the centre.

“I had thought a few times he was going to propose but it never happened, so when he actually did it came as a complete surprise!” she beamed.

“It was a lovely day to get engaged as we were meeting family and friends all day and were able to share our news and excitement with them.”

Eager to begin wedding planning, the happy couple began viewing wedding venues straight away. However, it was the beautiful interior and gardens of Corick House which captured their hearts.

“We always wanted a traditional church wedding and hoped that our guests could sit outside when they arrived at the venue, so Corick House suited perfectly,” Zara, who is an office administrator, reflected.

Enjoying shopping for wedding dresses with her mum, Karen and bridesmaids, Zara picked out her perfect gown from Stanfield Bridal in Portadown. Something that was no easy feat, as she loved trying on all the gowns from the 15 different shops she visited. 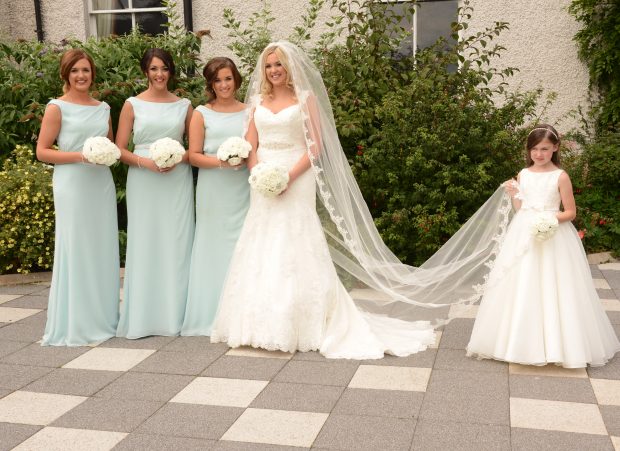 The ivory ‘Essence of Australia’ dress flaunted lace detailing throughout and lace scallop edge trim on the train. “When I eventually found my dress I was very relieved and knew I had made the right choice,” she described. “It was fit and flare which I found to be the best shape for me.”

The night before her big day, Zara (26) recalls feeling emotional as she said goodbye to Ian (27) to spend the night in her mother’s house.

“It was good to get it out of my system though as when the day came I was very excited and relaxed,” she said. “Our service was excellent and ran like clockwork, and I really felt like I could relax knowing that everything was taken care of.”

Signing the registrar while her cousin played the clarinet, Zara also recalled how their church was beautifully decorated with hay bales, wooden crates, wicker hearts, lace bows, lanterns and bunting that was handmade by her aunt. Jam jars filled with flowers also complimented the church windows, while glittering pearls and crystals highlighted the bridesmaids’ ivory silk flowers. 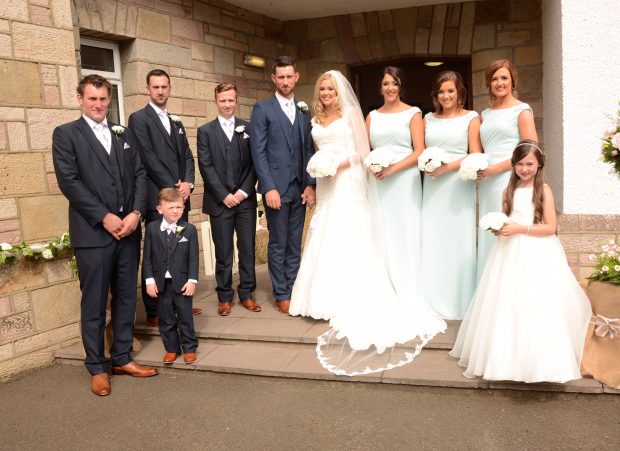 Whisked away to Corick House in an ivory landaulette, Zara described how the good weather allowed the guests to enjoy ice cream from the vintage ice cream trike they hired. However it was their detail on their wedding cake, made by Emma from Truly Scrumptious, which stood out most for the newlyweds and their guests.

“It was stunning,” Zara said. “Emma spent weeks emailing me for details on all our outfits, hair colour, eye colour and for photographs of everyone involved. “I was so amazed by the final product and our guests are still talking about it.” She added, “Ian’s mum, Paula then made us a more simple three tier cake to be served which was a lovely touch.

“Our day was perfect,” Zara concluded. “It was everything I had ever dreamed off and I smiled from the moment I woke up. We tried to involve as many family members and friends as possible in our day to make it personal to us. “The day goes in so quickly but it really was the best day of our lives.” 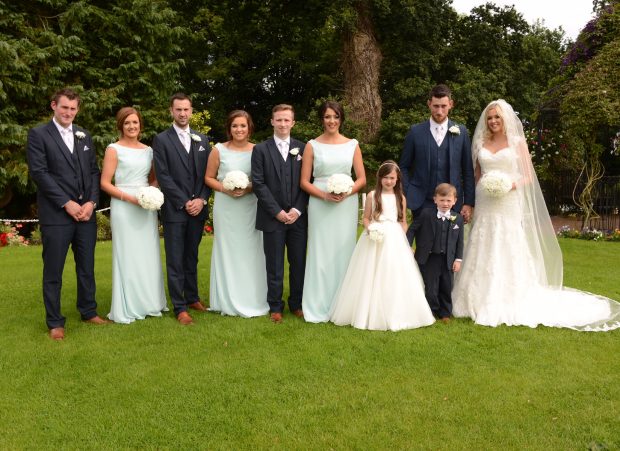